Annelise Keestra, a BA (Hons) Design for Interaction and Moving Image student currently spending a year in industry, has been placed among the top three entrants in a competition to rebrand Australian TV channel Studio.

As part of a Diploma for Professional Studies within London College of Communication’s School of Design, Annelise is currently developing her practice in Melbourne, combining internships, personal projects and competitions. One of these competitions was Create Studio, launched by online creative community The Loop and arts channel Studio (SBS/Foxtel).

The brief was to bring the channel’s logo to life in a 30-second TV commercial. Studio’s website states: “Anything goes; we want to be surprised, delighted or even shocked.”

Annelise’s concept mixes high-tech and no-tech processes. Her intention was to bring light and colour to the Studio logo with interactive design: neon strip lights are triggered by ultra-sonic movement sensors whenever something is in front of them. 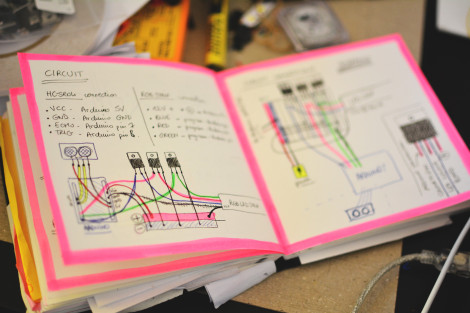 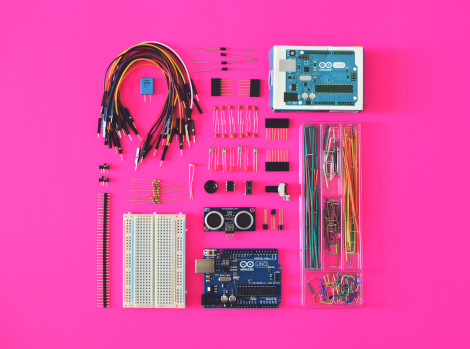 The whole installation introduces the notion of art as entertainment, and emphasises Studio’s philosophy by showing the art literally through Studio’s cut-out banner logo. The aim was a simple, effective and vibrant visual effect, serving as an introduction to the channel’s output.

Annelise explains “I was thrilled to have my idea placing in the top three! Being the only student, the only girl and the only non-Australian selected, I was amazed I had the chance to work on my concept with a team of TV professionals and a budget of $5000. I took this opportunity to challenge myself, and try to build something even bigger than I originally conceived!”

Annelise was named a finalist in the competition, placing her in the top three designers out of hundreds from across Australia. The finished brand commercial, co-produced by Annelise and creatives and crew from SBS, is airing on Studio and in Australian cinemas throughout the year.

Behind the scenes of the Create Studio competition //

Read about BA (Hons) Design for Interaction and Moving Image