Facebook’s Vice President of Europe, Middle East and Africa Nicola Mendelsohn, and renowned video game writer Rhianna Pratchett were among 12 leading figures in the creative and cultural sectors given honorary awards by UAL this year.

Rhianna Pratchett and Nicola Mendelsohn were recognised for their outstanding contributions to the creative industries at London College of Communication’s 2017 graduation ceremonies.

As part of the ceremonies, they shared their experiences and offered graduates advice for their future steps. The graduation ceremonies took place at Royal Festival Hall,  where Mendelsohn was made Honorary Doctor, and Pratchett an Honorary Fellow. 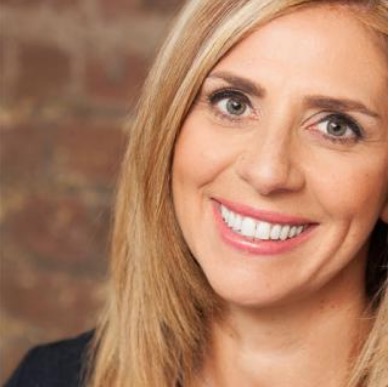 Named as one of the Most Inspiring Women in European Tech, Nicola Mendelsohn is the advertising powerhouse who has embarked upon a remarkable career. Mendelsohn holds Facebook’s most senior position outside the US – Vice President of Europe, the Middle East and Africa. She is also Co-President of Norwood, a Jewish charity supporting vulnerable children, and has held posts on charities working to prevent violence against women.

Graduating from the University of Leeds with a degree in English and Theatre Studies, Mendelsohn then joined the advertising agency Bartle Bogle Hegarty. In 2004, she was appointed Deputy Chairman of Grey London, and European Business Development Director of Grey Communications. From 2008, she was Partner and Executive Chairman of Karmarama, until she joined Facebook in 2013. 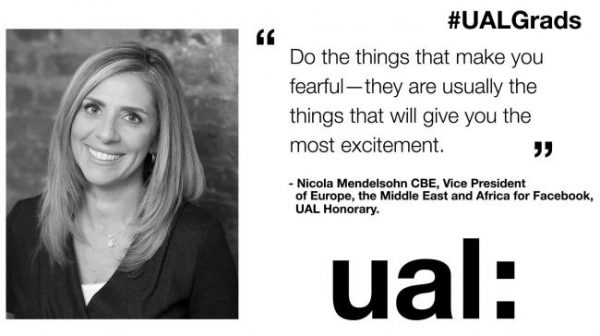 Mendelsohn became President of the Institute of Practitioners in Advertising in 2011. Following this, in 2014, she was included among GQ’s 100 Most Connected Women in Britain, ranked 85 on The Jewish Chronicle’s Power 100 list and included in Debrett’s 500 People of Influence.

“It’s a great honour to be given the fellowship, and because I work in games writing, it’s great to see someone who works in the field recognised.” – Rhianna Pratchett 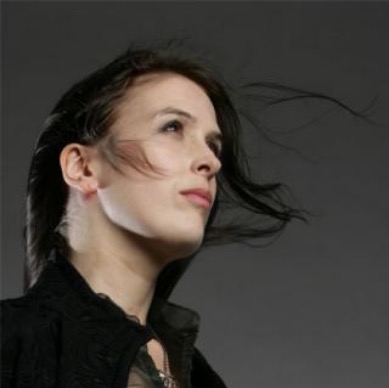 One of the globe’s most respected video game writers and narrative designers, Rhianna Pratchett has shaped many of the medium’s best-known worlds, from Tomb Raider to Mirror’s Edge.

“It’s a great honour to be given the fellowship, and because I work in games writing, it’s great to see someone who works in the field recognised. I feel working in games you sometimes feel like the underdog – even though we’re not, but sometimes we’re treated like the underdogs – it’s nice to see that recognition towards the games industry. I really enjoyed my degree, it really did feed into everything and was a natural progression, so it is really lovely to get recognised,” said Rhianna.

Pratchett began her career at UAL, studying journalism at London College of Communication. She soon forged a reputation as a successful games journalist, contributing to The Guardian, PC Zone and numerous others. Shortly after the turn of the millennium, she became story editor on the role-playing game ‘Beyond Divinity’, affording her a first taste of professional games writing.

Building on that break, Pratchett quickly found narrative work on several popular video game properties, securing herself a BAFTA nomination for her creative contribution to lauded adventure game ‘Heavenly Sword’ in 2007, before claiming a Writers’ Guild of Great Britain Best Video Game Script award the following year for her involvement with the spirited action-RPG ‘Overlord’.

Pratchett today stands as a champion for developing the craft of games writing, having authored several books on mastering the skill. Working across film, TV and comics, she wrote for the Tomb Raider series with Dark Horse and created the 6-part Mirror’s Edge mini-series with DC, as well as her own short stories.

Her work as Lead Writer for ‘Rise of the Tomb Raider’ secured her the Writers Guild of America’s Outstanding Achievement in Video Game Writing. She remains one of the global games industry’s most popular figures and is currently penning projects with Film4, 03 Productions and the Jim Henson Company.