London College of Communication hosted ‘Voices in Publishing’, an independent magazine one-day festival to celebrate the voices, images and publications that exist outside of the mainstream, and to hear from those who created a platform of resistance through imagination and ambition.

Azeema, Burnt Roti, Accent and THIIIRD magazines joined us amongst other independent titles for the ‘Voices in Publishing’ festival on International Women’s Day, held in LCC’s Upper Galleryin March.

The festival, conceived and organised by second year BA (Hons) Magazine Journalism and Publishing students, took place throughout the day and featured a display by a number of zines, merchandise stalls, and LCC’s collection, which dates from the 1970s to the present day.

In case you missed it, we’ve rounded up some highlights from evening and spoke to some of the attending students and magazines…

In the afternoon, students and recent graduates delivered a series of talks to share how they got started with their magazines and what the future holds for them. The festival concluded with a panel of magazine founders celebrating their new feminist media, and who highlighted the importance of collaboration and female friendship, followed by music and drinks. 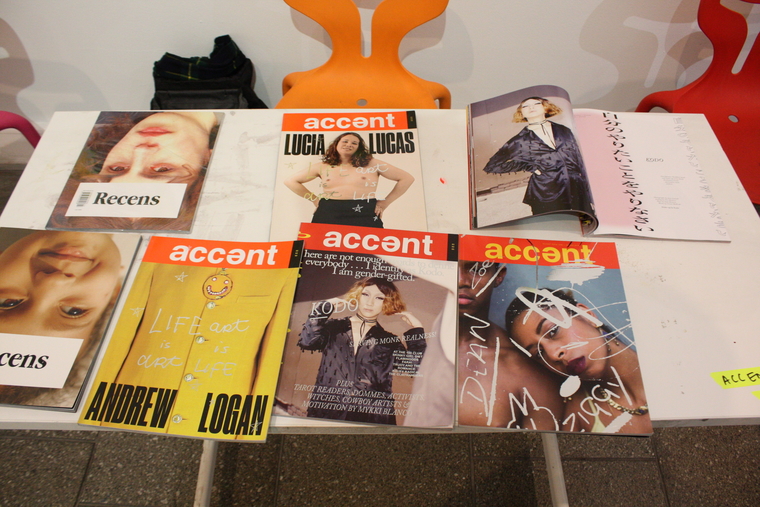 Accent is comprised of photography projects that tell the stories of ‘people that live outside of the ordinary’, through great portraiture and first person stories. Editor-in-chief of Accent magazine, Lydia Garnett, an Associate Lecturer on the BA (Hons) Magazine Journalism and Publishing course, encourages students from her course to submit work and gain experience early on.

Lydia Garnett told us: “It’s been a great networking opportunity for students. I think its really important for them to see how independent magazines operate in the industry and to learn about how they got started, learn through their experiences, and exhibit their work too.” 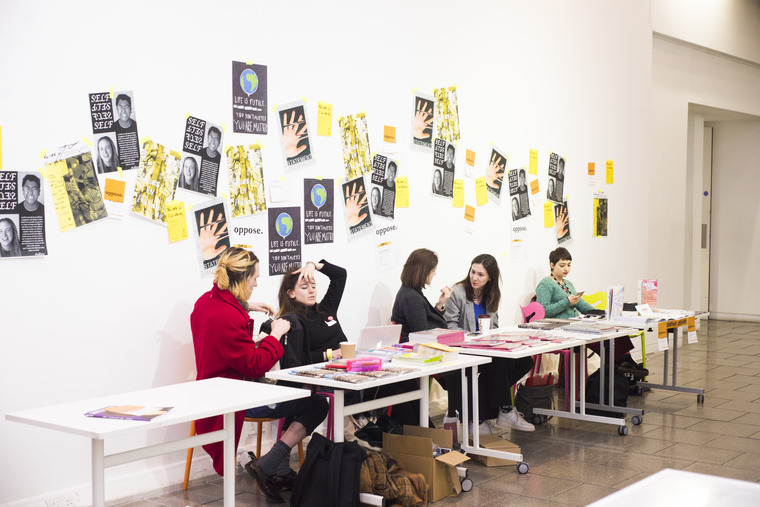 Independent magazine stalls at the ‘Voices in Publishing’ festival. Photo by Errin Yesilkaya

Ad Archives is a project and Instagram account, run by Halima Olalemi, that archives unique print advertisements. Halima ran a taster workshop at the festival, teaching students and visitors how she approaches the task of choosing adverts, the thought process behind them and encouraged them to think critically.

Halima told us: “When I was interning at Dazed I had access to archive magazines so started scanning adverts I felt looked like editorial pieces and promote diversity. I hope it will encourage people to look at adverts and say ‘I love this image, who made it?’ and get them to search for the creatives behind it.” 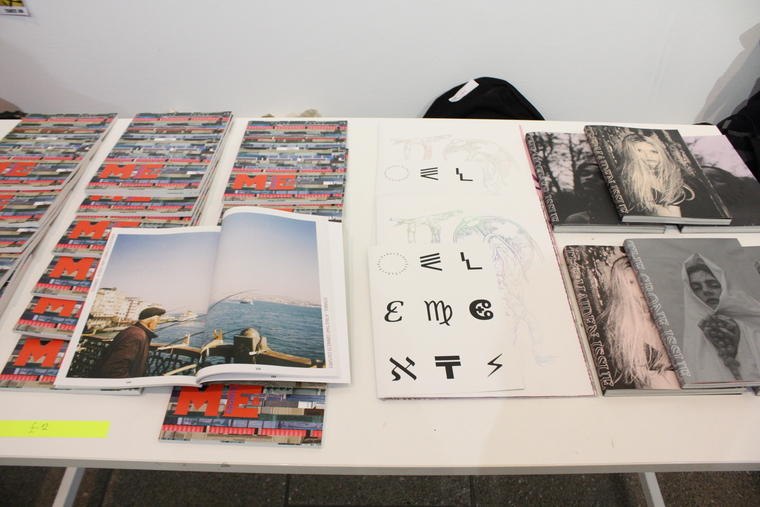 Sabat magazine explores modern witchcraft, ancient archetypes and covers esoteric topics.  Stefano Mancin, a student of the MA Publishing course at LCC, also spoke as a panelist on behalf of Sabat, who he works for as an Editorial Assistant.

He said: “I love studying at LCC and being around like-minded people. I come from Italy where there aren’t universities like this, so I am grateful to be here and around amazing people.” 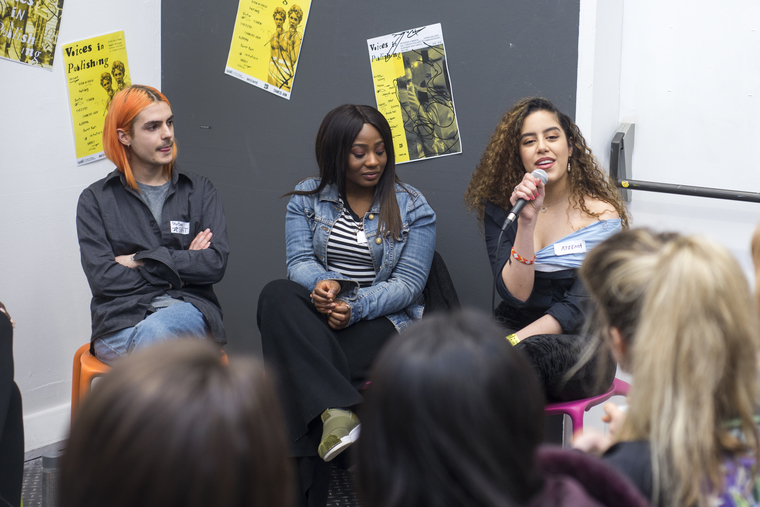 Born n Bread is a zine and creative collective of friends from South London, who also have a bi-weekly music and lifestyle show with NTS Radio.

Speaking on the panel, one of the 5 founders said: “Born n Bread developed organically because we were doing something we believe in and are passionate about. It was a natural step for us to create for our community and young people of colour are increasingly drawn to what we do.” 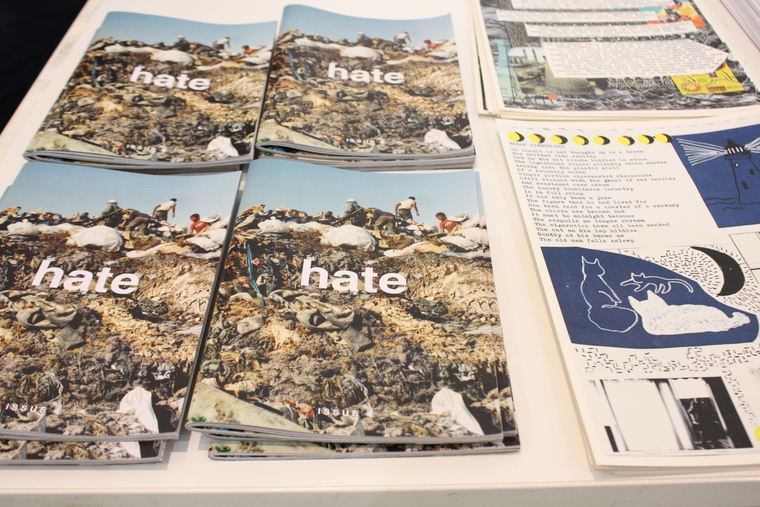 Hate magazine started as an outlet to mainstream magazines and culture that were not discussing issues that they felt needed to be addressed . Their fourth and most recent issue focused on the environment. Previous issues have tackled themes such as mental health, sex and gender.

Rob Whiston, who edits the zine, attended the festival. He said: “There is a rise of people making things in printed form. It’s supposedly a ‘dead form’ but people enjoy having something physical. Publishing can be very liberating; to find your own voice and express yourself.” 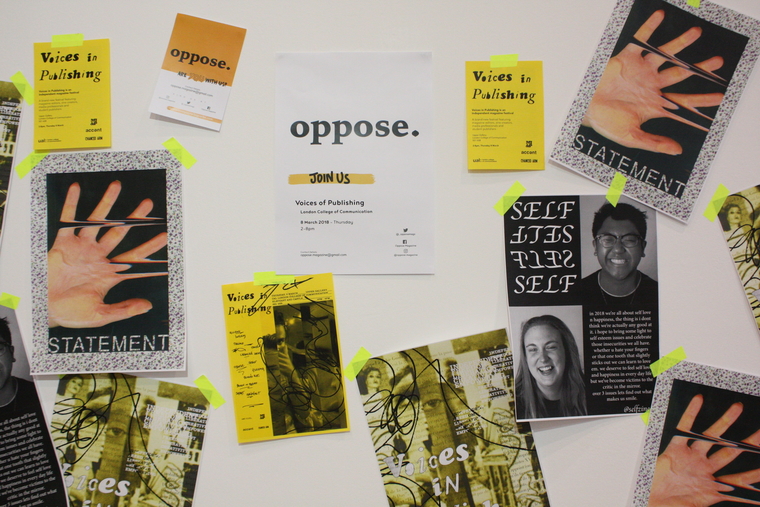 ‘Voices in Publishing’ posters in the LCC Upper Gallery. Photo by Sundeep Verdi.

“We wanted to showcase that the Middle East is very diverse, there are many different cultures. What we are all doing here on this panel is constructive change and innovating how publishing can be and paving the way for voices wanting to be heard.” Giselle Fryatt, Features Editor of THIIIRD, said: “We felt there were a lot of voices that were not being heard. We want to represent inter-sectional views and through our ‘femme’ issue we explored different people’s interpretation of the theme.”

Artefact magazine is run by BA (Hons) Journalism students from LCC who produce, edit and manage content themselves. Last year’s special issue, which focused on the topics of Truth and Terror, was shortlisted for Stack Awards’ ‘Student Magazine of the year’. Inside spread from Oppose. Photo by Sundeep Verdi.

Oppose was created by LCC students as part of a collaborative unit set by Journalism Programme Director Simon Hinde. The topics and theme were decided by students entirely and the magazine was printed in house at LCC. Speaking at the festival were Dalia, Mohamed and Alfieyah, who make up part of the editorial team, and are planning a second issue soon.

Alfieyah, a student of the MA Arts and Lifestyle Journalism course, said: “It’s great to have a space for these zines. Some of our articles are satirical and we accompany them with some great illustrations to cover serious topics such as displacement.”

Chanced Arm, an experimental magazine designed in 24 hours by online submissions and inspired by counter cultural publishing from the 1960s, and Hotdog, which showcases female-identifying, non-binary and transgender poets. 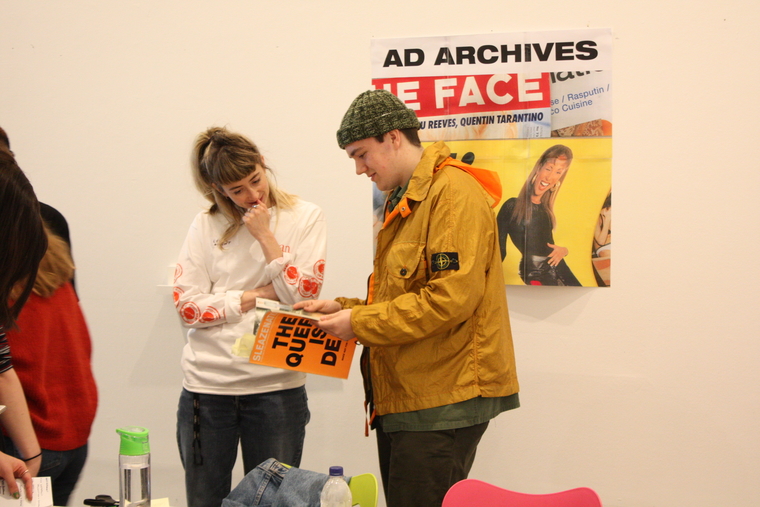 Course Leader for BA (Hons) Magazine Journalism and Publishing, Anne Coddington, helped to organise ‘Voices in Publishing’ to showcase the diverse voices that are not prominently featured in mainstream publishing and that reflect diverse lived experiences.

Anne told us: “I hope for students to learn that publishing can be inclusive and that there is a space for their voice. Publishing is not just about ‘getting stuff out there’, it can inform, inspire, create dialogue, and make a difference.”