Graduating from the MA Photojournalism and Documentary Photography course in 2015, Kazuma Obara has been acclaimed by World Press Photo for his latest photo series, titled ‘Exposure’. We caught up with the recent graduate to hear about his career since leaving LCC, and the work recognised by World Press Photo, an organisation widely known for supporting professional photojournalism with its annual awards.

‘Exposure’ gives audiences insight into otherwise invisible lives by showcasing the life of Maria, born five months after the Chernobyl nuclear power plant disaster and living less than 100km from the site. The photo collection brings exposure to Maria’s harsh reality, consisting of many years spent in hospital and a thyroid gland operation at an early age, and shows how the disaster has impacted on the quality of her life. 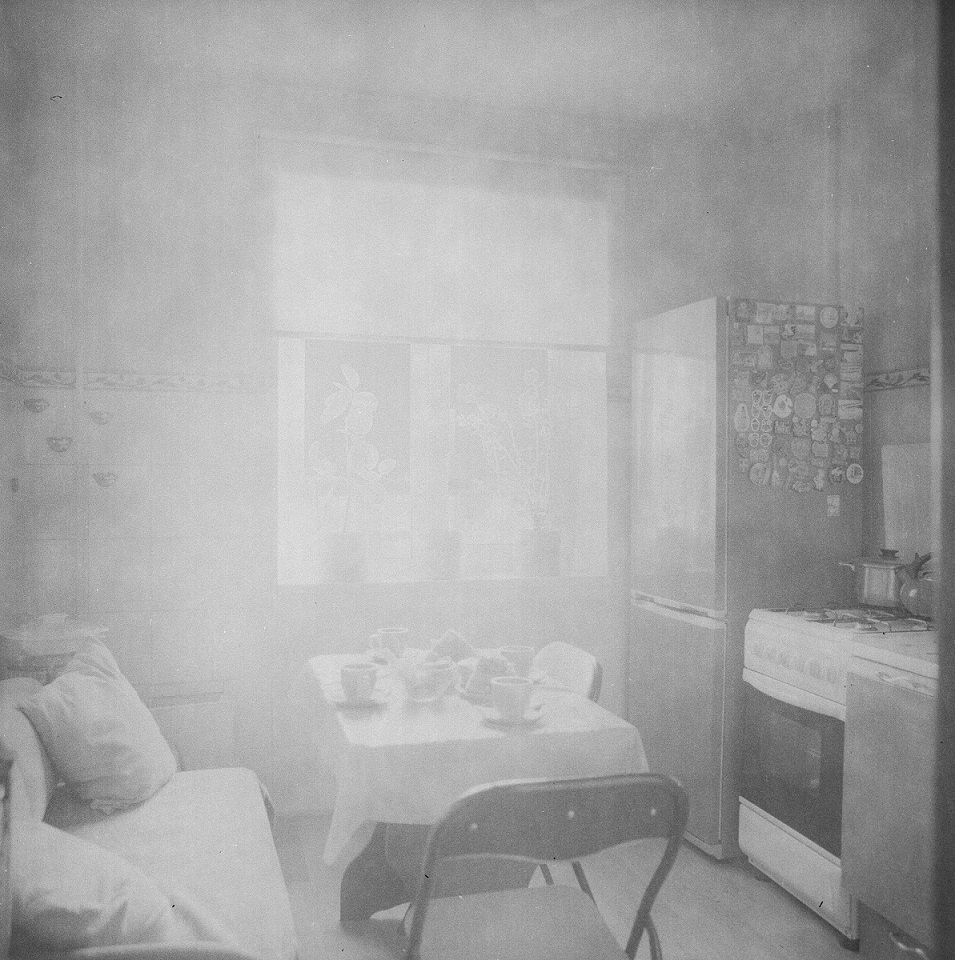 Kazuma explains: “While my film was only recently ‘exposed’ in the conventional sense, it had been potentially receiving exposure to radiation from the nuclear accident for the past 30 years. Just like Maria, who had been exposed before birth, before visibility, and before volition, my use of this film, with its unruly and visually confusing character refuses the apparent instantaneity of the photographic image, instead calling the viewer to consider that our present lives bear the traces of a lifelong and prenatal exposure to the world”.

Kazuma also tells us: “Where ‘exposure’ commonly denotes visibility and revelation, my images and the process by which they were made challenge that view”. The pictures were all taken on old Ukrainian colour middle format negative films, found in Pripyat, a city located 5 km from the Chernobyl nuclear power plant. After some experimenting, the abstract images, including Maria’s portrait picture, were achieved by being exposed for four minutes. By choosing to research and visit Ukraine he was able to visualise how the lives of residents close to the Fukushima disaster may come to be affected in the future, finding that many of the surviving victims’ stories are untold and invisible to most.

Kazuma had previously been recognised after documenting the Fukushima Daiichi tsunami disaster in 2011 and having ‘Reset Beyond Fukushima’ published by Lars Müller in 2012. Following this, in 2014 he was shortlisted for the Paris Photo/Aperture Photo Book Award and selected for TIME, Lens Culture, and Telegraph Best Photo book for his self-published photo book ‘Silent Histories’, documenting the victims of the Second World War in Japan. He is currently working on sharing the experiences of nuclear testing victims from the 1950s in Japan.