Focusing on the impact of austerity in one of London’s lowest-income boroughs, James offers insight into people’s lives who greatly rely on organisations in Lambeth as a result of being affected directly by austerity cuts.

The project stands as an interpersonal microcosm of a much wider problem, as the collection of local stories highlight national issues that are affecting communities around the country. James has been working alongside 7 specialist NGOs, each supporting different vulnerable groups in the borough.

Through South London Stories James has been able to document changes made over a long period of time and its effects, from a variety of perspectives. We got in touch with him to hear more about the journey of putting this together… 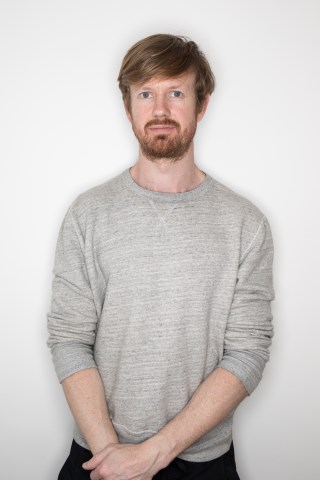 Hi James, congratulations on being awarded the Mead Fellowship. What inspired you to create a project on austerity in London?

I’ve lived in South London for 20 years and when I started the MA I knew I wanted to do something more local than I’d done before – but it was in the first few weeks of the MA that the idea took shape.

I was hugely inspired, and challenged, by those early lectures that helped me to completely rethink my approach to photography and journalism. Ultimately, the reason I wanted to focus on austerity is because of the devastating impact on people where I live. I wanted to capture what people might not realise is really happening, especially to the most vulnerable members of our society.

Aside from being awarded the Mead Fellowship, what has been the highlight of putting together this project?

I think the best thing about the project has been getting to know the area I live in better, and meeting the people I’m working with. The project subject is pretty bleak and yet I’ve met some of the most inspirational people I’ve ever encountered – staff and volunteers at the NGOs I’m collaborating with, and the individuals whose stories I’m trying to tell. It is often very, very sad, but the stories people have to tell are also incredibly interesting.. 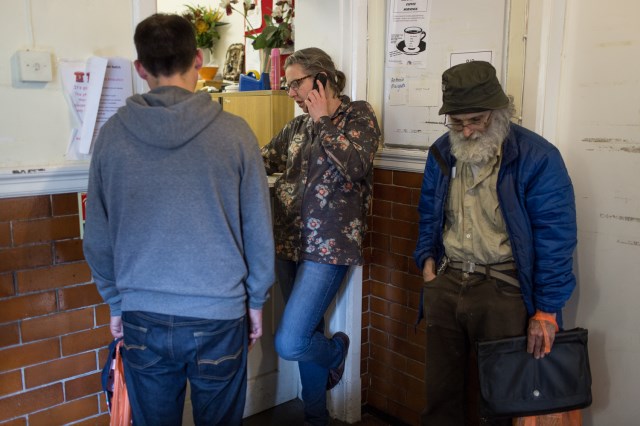 How will the fellowship help with this project or others?

The Mead Fellowship is a huge, huge boost. It will enable me to launch a new website next year, stage an exhibition, get professional help with things like design – all of which will mean taking the project to a whole new level, and will give me more time to be able to tell the stories I want to tell.

This is a long-term endeavour for me. It’s been going for nearly two years now and it’s not easy to sustain by myself – I’m working with seven NGOs and dozens of individuals – so the Fellowship is a really big deal, financially, but also in terms of morale.

“I want to produce stories that help people to connect and empathise with those who are struggling as a result. I also want to show that all but the wealthiest members of society are far closer than they think – a diagnosis, a bereavement, a redundancy…” – James Hopkirk

What has been the most challenging aspect of putting together South London Stories?

Building trust. It takes time for people to see that you’re not there to use them or to misrepresent them. With the best of intentions both are all too easily done. That was something the MA course really hammered home and made me think much more carefully about.

When you’re working with people who are struggling, perhaps financially or with their mental or physical health, you have to work at their pace, not yours. It means lots of stopping and starting, and that can be frustrating, but there’s no way around it. Their life is what matters, not your story. What do you hope to achieve through this work?

I want to highlight what’s being lost in my community and to show the often unexpected ways in which austerity is affecting people. I want to reach people who perhaps support the idea of austerity, but who don’t realise quite what it means for those it’s hitting hardest.

I want to produce stories that help people to connect and empathise with those who are struggling as a result. I also want to show that all but the wealthiest members of society are far closer than they think – a diagnosis, a bereavement, a redundancy – from the poverty line, something that has become abundantly clear to me over the last two years.

What has it been like to speak and to connect with people whose lives have been impacted by austerity?

I don’t think I know anyone who hasn’t been affected by austerity in one way or another – whether that’s cuts to school budgets, the NHS, police or other public services. What working on this project has shown me, however, is that it is the poorest and most vulnerable people in Lambeth who are being hit hardest by it. It’s a disgrace. Spending time with people who are struggling as a result is heart-breaking – and it makes me incredibly angry... 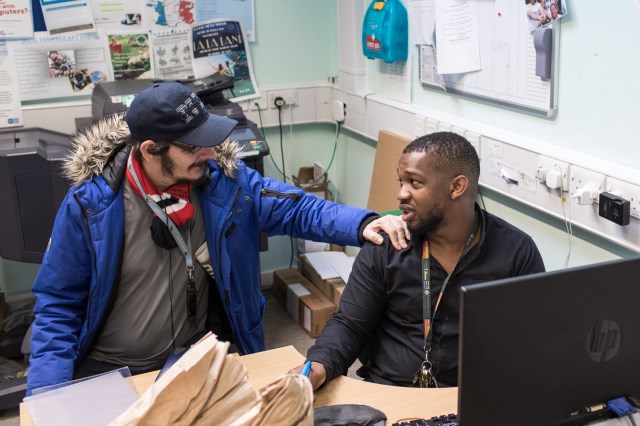 Has there been any one particular person that you met with whose story has stood out most or moved you?

My project involves so many different stories, working with lots of amazing people over a long period of time, that it’s hard to pick one. Certainly, though, one story that will live with me forever is that of an Albanian woman I’ve been working with for about 18 months now. What she’s been through is horrific – childhood violence, rape, domestic abuse, trafficking.

“The Mead Fellowship is a huge, huge boost. It will enable me to launch a new website next year, stage an exhibition, get professional help with things like design – all of which will mean taking the project to a whole new level, and will give me more time to be able to tell the stories I want to tell.” – James Hopkirk

When she finally escaped she was then put through hell by our asylum system over many years. She’s amazing, and working with her has been a huge privilege. Her story has taken me all over South London, but also to Bedford, Croydon, Liverpool, and even Albania and Kosovo.

What are you working on now and what is next for you?

This project is ongoing. I’m working as a freelance writer, editor and photographer at the same time, but this project is my primary focus for next few years. So, it’s a question of balancing these things, and finding funding to sustain and build it.

How did your time on the course at LCC prepare you for creating such a project and body of work?

I simply would not have begun this project had it not been for the MA course at LCC. The lectures in the first term in particular made me completely rethink the stories I wanted to tell – and how I wanted to tell them. The whole MA had a profound effect on me, and I am extremely grateful to all my tutors for pushing me and encouraging me.

I’d been working as a journalist for 17 years when I began the course – no matter how experienced you are, my advice to anyone beginning it is to remain constantly open to new ideas, influences and ways of working, and to wholeheartedly embrace having your work and motivations constantly questioned and challenged.

Find out more via the South London Stories website.