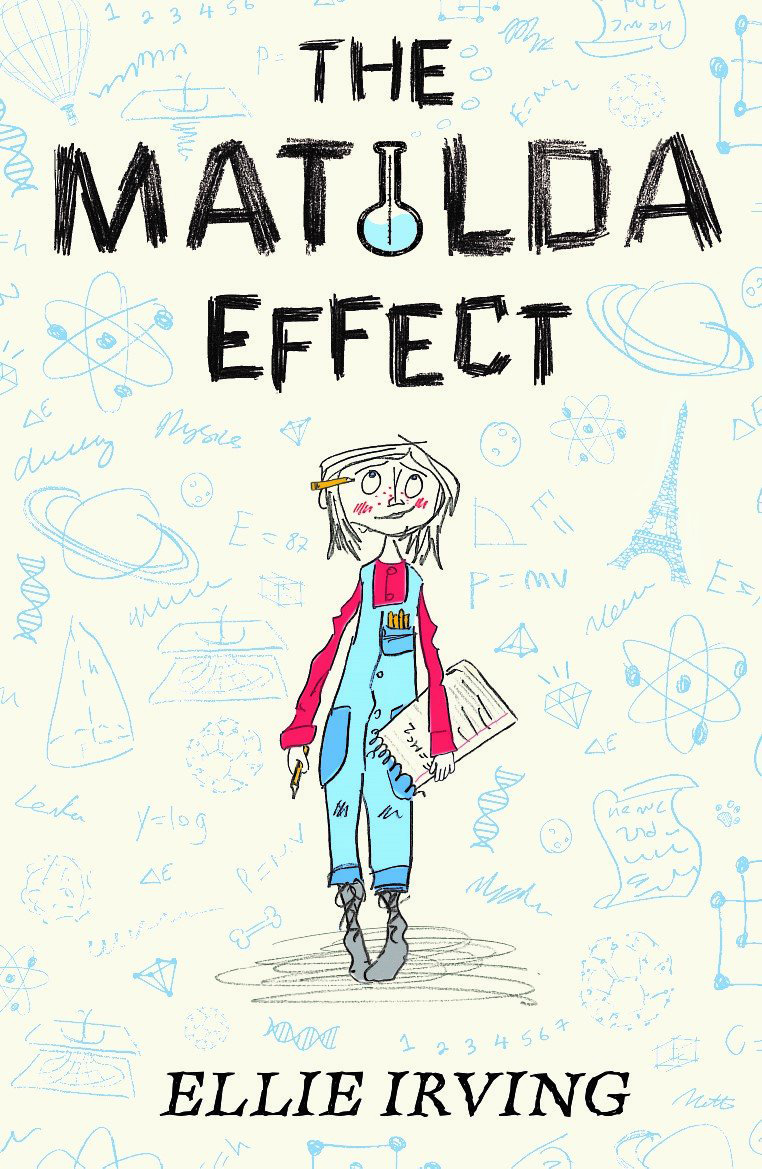 Ellie Irving, children’s author and a graduate of LCC’s MA Screenwriting course, is celebrating the recent publishing of her latest book – the fifth of her career so far.

‘The Matilda Effect’ is a quirky children’s book centring on Matilda, who loves science and inventing, published last month by Corgi and positively reviewed on the Guardian. Matilda enters her best invention into her school’s science competition but doesn’t win, because nobody believes she made it all by herself – because she’s a girl.

When Matilda shares her frustration with her Granny Joss, she’s astonished to learn that her Granny was a scientist who discovered a brand new planet years ago, but her boss claimed that he discovered it – and is about to be awarded a Nobel Prize for it. Matilda’s not having that, so she busts Granny out of her care home and they travel, planes-trains-and-automobile-style to Sweden to gate-crash the Nobel Prize Ceremony and tell everyone the truth.

Well done! How does it feel to be published for the fifth time?

Wonderful! All of my books so far have been standalone, so a completely different story, a different set of characters and a different premise for each one. I’ve enjoyed writing all of them and am incredibly grateful that they keep getting published!

What was the most challenging aspect of writing The Matilda Effect?

Getting to the end of the first draft. No matter how well plotted my story was, no matter that I knew I needed to get this chapter from A to B, the actual writing of it was filled with many moments of anguish and ‘oh god, this doesn’t work’ and ‘this is terrible!’. As all writing is.

“Keep persevering. I had LOTS of rejections before I signed with an agent and my first book was picked up. Writing is a solitary business, so you have to be passionate about the story that you want to write,” – Ellie Irving.

What was the inspiration behind this book?

The Matilda Effect is the actual term used to describe the denial of women’s contributions to science. I wanted to write about a girl inventor, because girls can do that too. Once I’d had the idea of writing about the injustice of the Matilda Effect in some form, I pitched it to my editor, who agreed it had legs. I then worked out a 5 page synopsis, which she made notes on. Once we’d agreed on the whole story, I sat down to write that first draft.

What most inspires your writing and work?

Most of my ideas have come from real stories, articles that I’ve read in the paper, or seen on the news. What’s going on in the world and how I can channel that into a story that 9-12 year olds will engage with is what inspires me.

What is a typical working day like for you?

I tend to do lots of school visits throughout the year to promote my books and run creative writing workshops with pupils, so I spend a lot of time trying to write on trains. I aim to write 1,000 words a day… ‘Aim’ being the operative word. There’s a lot of faffing involved. And watching YouTube for ‘research.’ And keeping up with social media. And trying to run my website.

Did you always wish to pursue writing children’s books?

I wanted to be Jessica Fletcher, aged 7, and made my parents buy me a typewriter. I’ve always wanted to write, I think, and I’ve always written stories for children. Even on the MA at LCC, my final year project was a children’s feature film (which I turned into prose – it was the first book I ever had published).

What do you hope to achieve through your work and what’s the highlight been so far?

I hope that I have and can continue to just make good work. To create something that others get enjoyment from. To keep getting paid for it, which would be nice. I’m really passionate about what the story stands for and I’ve loved all the school visits and talks I’ve done so far to inspire children about inventing, science and creative writing.

How do you feel your time at LCC has prepared you for this career?

I loved the workshops on the course. Working out what bits of feedback to pay attention to; learning that even if I didn’t agree with the comment made, I had to look at why it was being said. Learning to stick to my guns and stay true to the story that I wanted to write. Learning to not throw things at the wall whenever someone (my editor) says ‘It’s great, but….’ and then reels off a list of changes I need to make.

What is next for you, are you working on anything else?

I’m currently working on the idea for my next book. This would be a sci-fi series, which is very removed from what I’m used to writing. I’m also trying to write a play and a feature film. A rest at some point would be nice.

What advice would you give to those wishing to follow your footsteps?

Keep persevering. I had LOTS of rejections before I signed with an agent and my first book was picked up. Writing is a solitary business, so you have to be passionate about the story that you want to write.

Though, you will fall out of love with it at some point while you’re writing it. That’s normal. Don’t give up! And, in terms of a feature film script or TV series that you may walk away from the course with, if it’s not getting any traction with TV or film companies, think about prose, think about turning it into a play. Think about other media. Good luck and keep going!