Chiara Ravaioli’s proposal for an architectural playground opposite Saatchi Gallery.

With LCC’s Degree Shows 2016 in full swing, we angle our spotlight towards the work featured in the forthcoming School of Design show, opening on Thursday 16 June until Saturday 25 June.

The show celebrates the hard work and achievements of the College’s graduating students from the School of Design.

BA (Hons) Animation students are creative, curious and playful. With a variety of new technologies at their disposal, LCC’s animators test boundaries and explore animation in many forms and in many ways.

The range of work being exhibited from this course is testament to how versatile and innovative the students are, often using traditional skills to underpin new digital technologies and platforms. 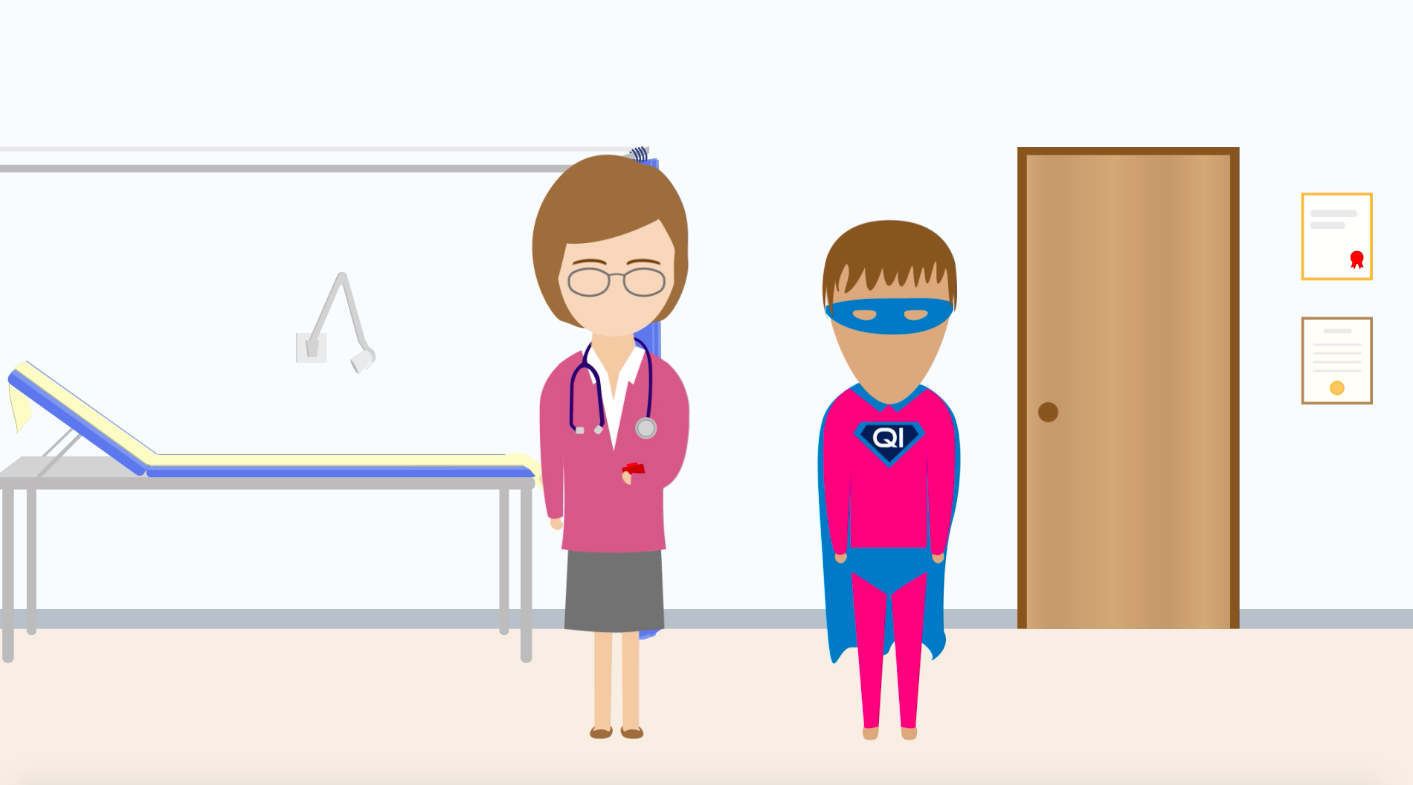 Image from animation by Shermin Cheong for Royal College of General Practitioners, 2016.

Mario Radev and Chiara Sgratti have been working together since being paired up in their first year projects. Their film, [O], is a conceptual animation that imitates nature in its manner of operation. The animation depicts the cycles of a world that is entirely based on sound frequency and vibration. The inspiration for [O] came from thinking about how would a world function if there are no spoken languages and questioning how people would directly interact with each other. Mario and Chiara explored different theories and ideas such as acoustic levitation by Dr. David Deak, which they exaggerated and adapted to the animated characters. They purposefully left several elements of the story ambiguous, which gives the viewer freedom of interpretation and increased their involvement. The viewer is forced to ask questions and provide their own answers. Image from animation by Nicola Francis for Royal College of General Practitioners, 2016.

BA (Hons) Interaction Design Arts is an experimental branch of future-facing design education exploring interactions between people, objects and designed experiences, across a variety of media in an environment where ideas hold sway over technology.

This year’s line-up of work includes a diverse range of interactive installations, moving image projects and physical computing crossing the boundaries of high-tech, low-tech and no-tech.

Parrr Geng’s art installation, Intangible Touch, creates the experience of walking-through a cotton strip forest, where a poetic atmosphere and unexpected changes of sound, smell and lighting rouses the audience’s senses and memories. Commissioned by wine producer Côtes du Rhône, this haptic installation will also feature as part of “The Red House”, a two-week wine event, to accompany the wine tasting experience. 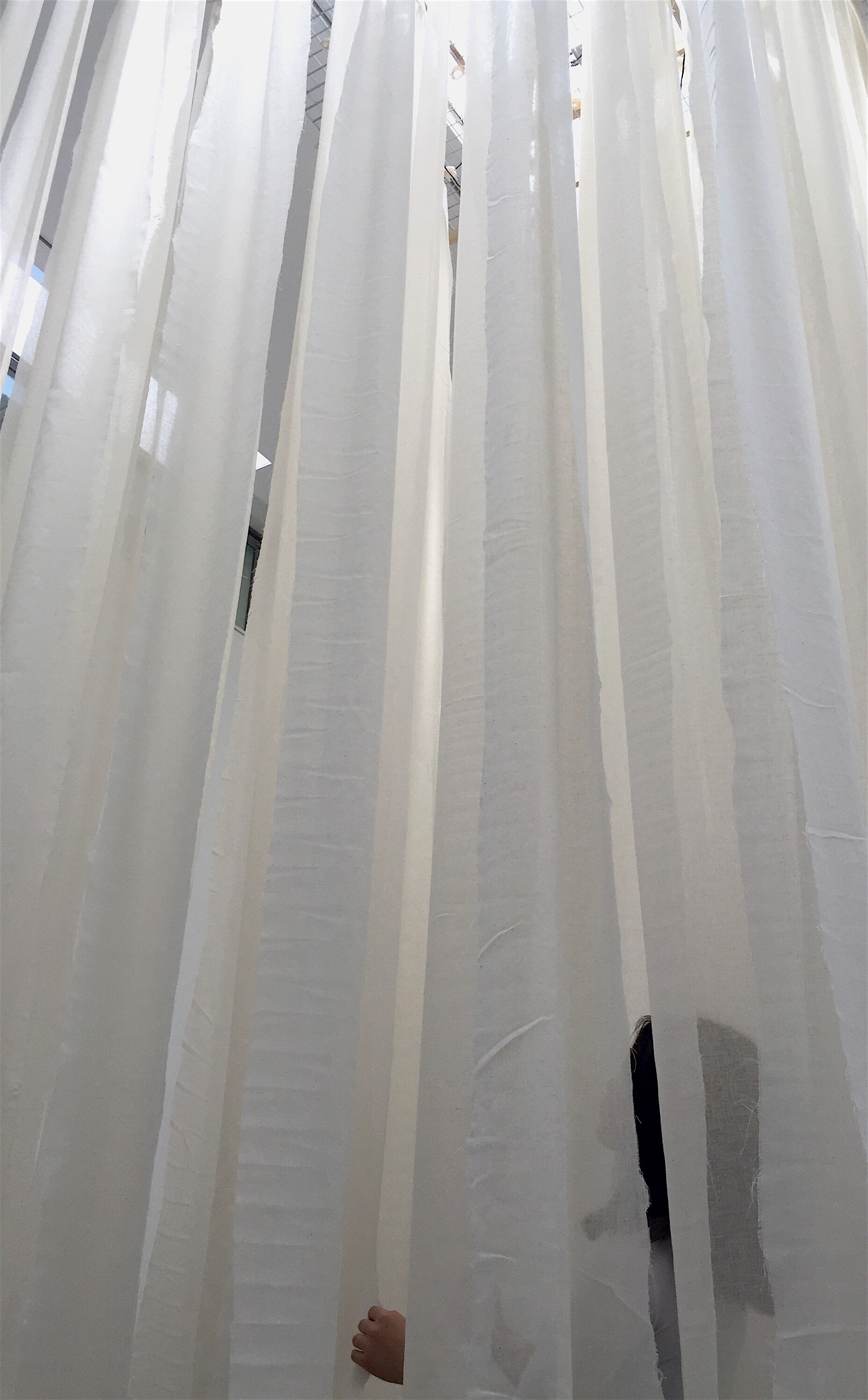 Carlotta Solari presents Trauma, a personal project revolving around notions of loss and longing for what is gone. Trauma investigates meaning and memories through tears and damages on clothes, and connects these marks of trauma to the scars these memories create on the body and mind. 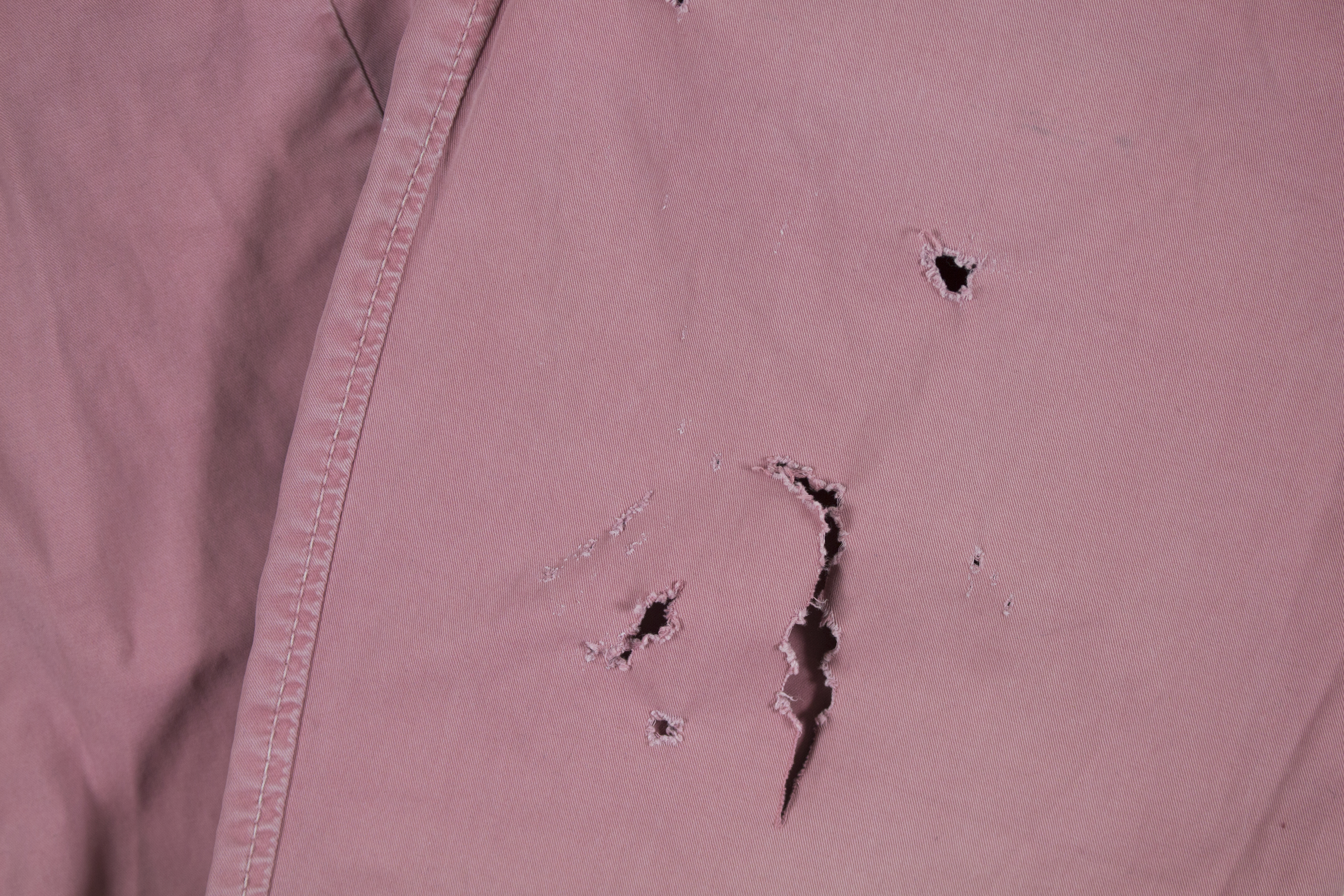 Artefacts from Trauma by Carlotta Solari. Michel Erler explores a world in which every object is ID tagged, easily trackable and linked to a database containing extensive object information, such as market value, geographical history, former owners and sentimental associations. His custom-built table incorporating Mac, Arduino, RFID reader and screen, functions as an interactive object within the Degree Show, where visitors can place an ID tagged object on to the table and access all its relevant information. 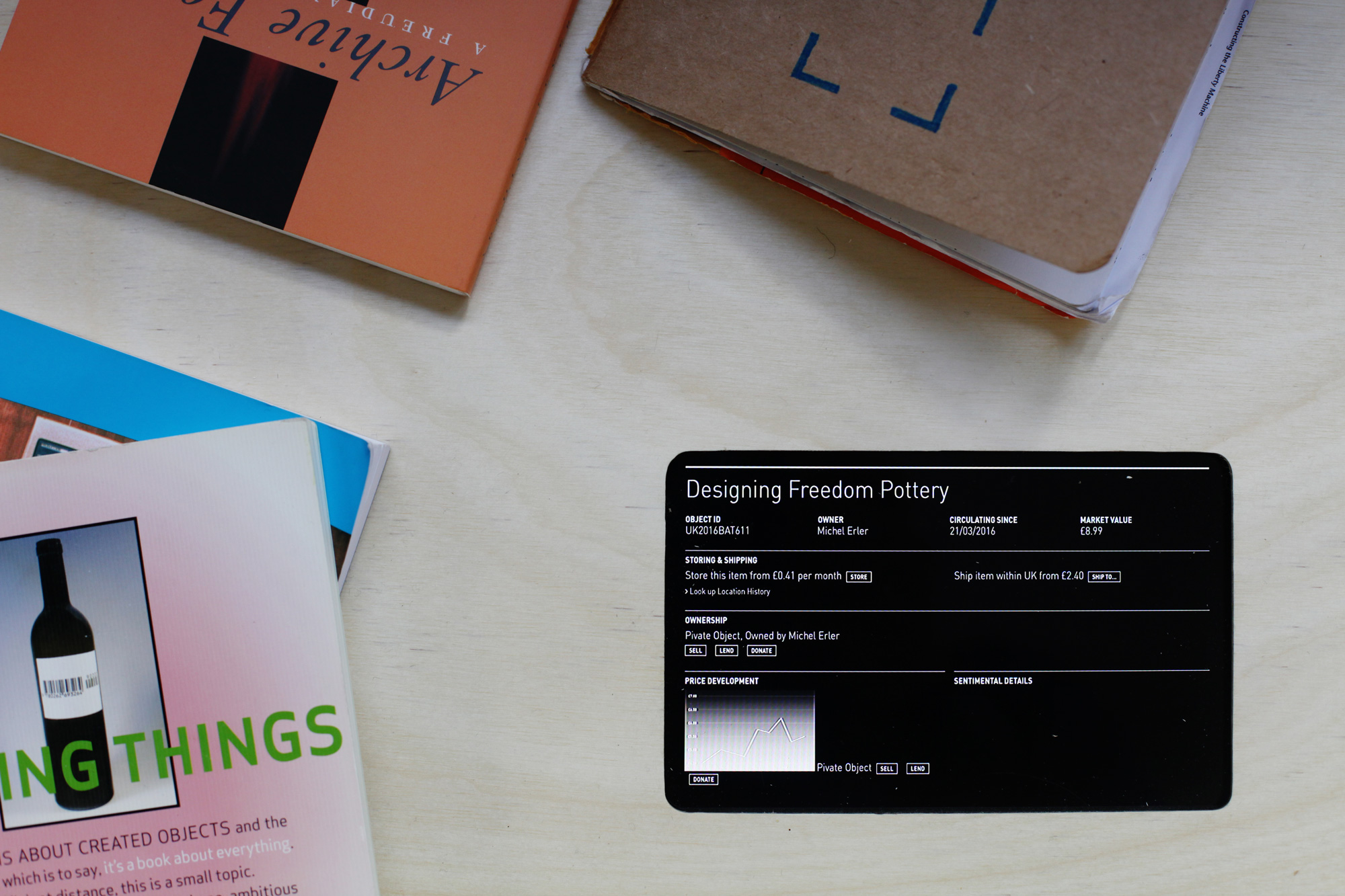 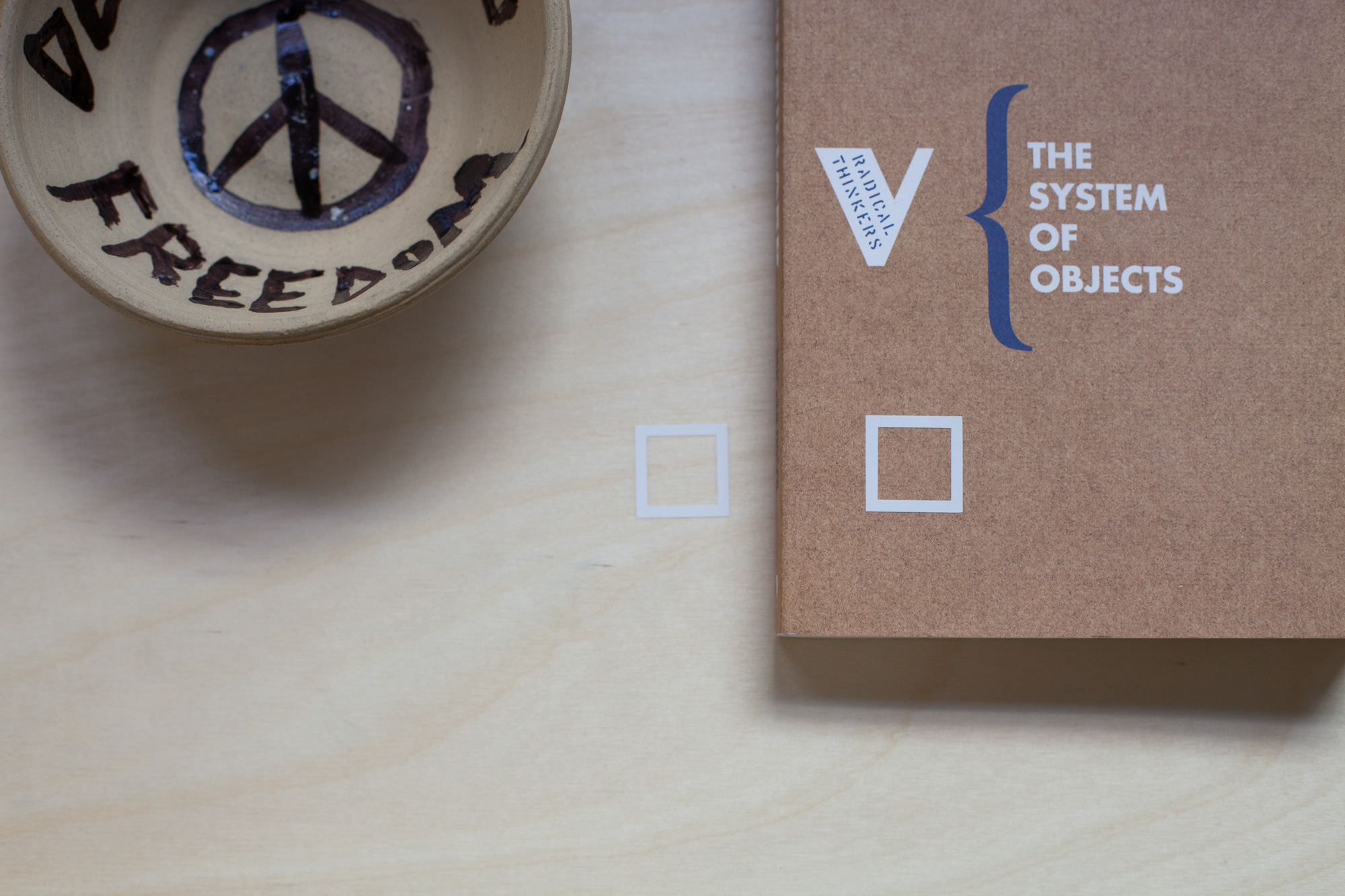 Michel writes more about the research and processes behind his project in his blog post.

Their section of the show reflects the course’s multi-disciplinary and human-centred approach to spatial design and features projects relating to branded spaces, health and wellbeing, education design, event innovation and residential solutions.

Chiara Ravaioli‘s proposal for an architectural playground opposite Saatchi Gallery aims to foster the understanding of healthy eating habits in children through play. 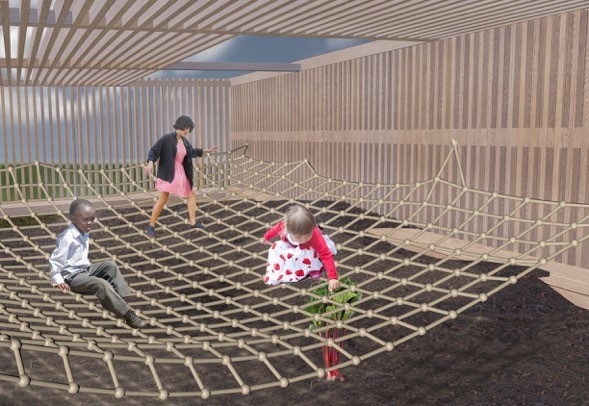 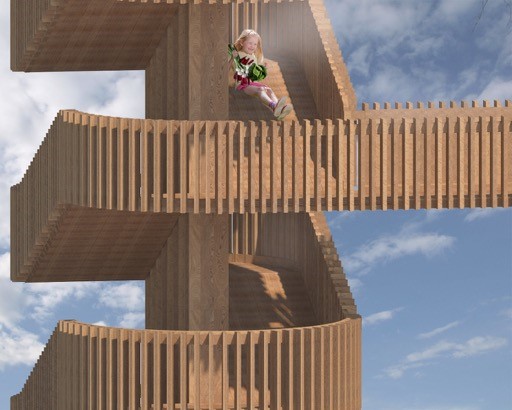 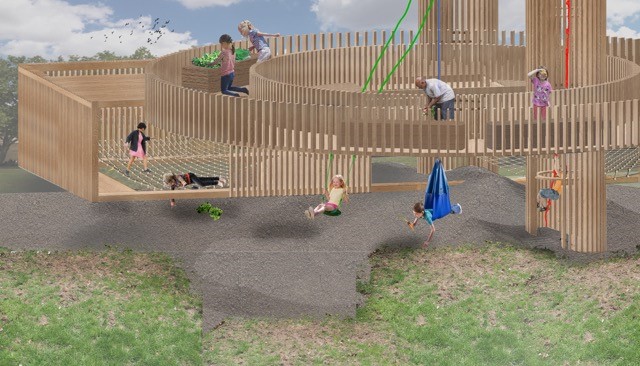 The BA (Hons) Spatial Design blog includes other project examples and case studies from the course. Find out more about the LCC Degree Shows 2016