Autograph ABP in Shoreditch and London College of Communication collaborated to showcase work by some of the most talented, emerging photographic artists who will no doubt go on to do great things.

As part of Album, 20 young people aged between 17-19 took part in an extracurricular, creative opportunity taking the form of 12 evening sessions and a week long Spring School. Album is inspired by the notion of the family photo album and its intimate and revealing nature. The project aims to position young people as artists and social recorders of their own communities, creating narratives through the photographic medium.

Rory Sheridan is studying BA (Hons) Photography. He works as Outreach Ambassador across a number of projects run by the Outreach Team at LCC, working alongside tutors to help young people who take part in projects (like Album) to develop their own creative practice. Rory discusses the work of the talented young individuals he worked with.

As an Outreach Ambassador on this project, it was absolutely amazing to see the growth and development of these young people as contemporary photographic artists. I’d like to highlight a few works which interested me the most, these are the pieces which I personally connect with having supported the students in the development of their projects, both practically and conceptually.

Ayanna Sade Wilson has developed an inspiring piece entitled Claimed. Working with Ayanna closely, she put a lot of independent thought and emotion into the creation of her piece. Picking up on the issues that arise from how women in the 21st Century are presented, Ayanna links these to the feeling of being trapped, unable to escape from the inequalities immediately placed upon women. 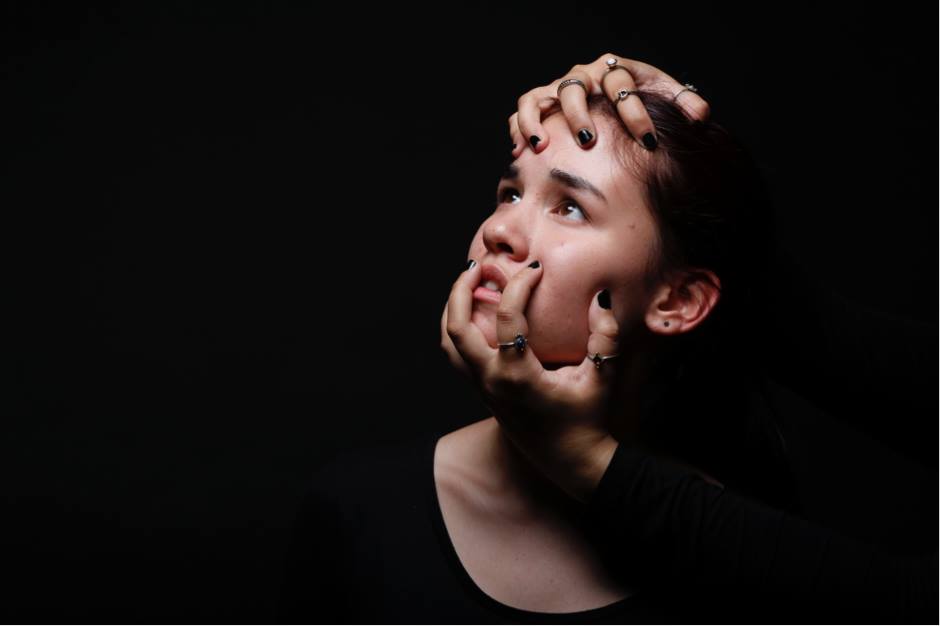 I spoke to Ayanna on the night of the Private View at Autograph ABP. She said:

“I came to Album, not knowing what I wanted to do, but through the project theme of identity, I knew I really wanted to create a powerful piece; something that would shock and effect the audience.

“Women should not be controlled, they should be able to take and own their identities, to reflect who they are as a people in this world. I think that’s so important because if you lose yourself, you feel like you’re nowhere in the world, full of different identities.” 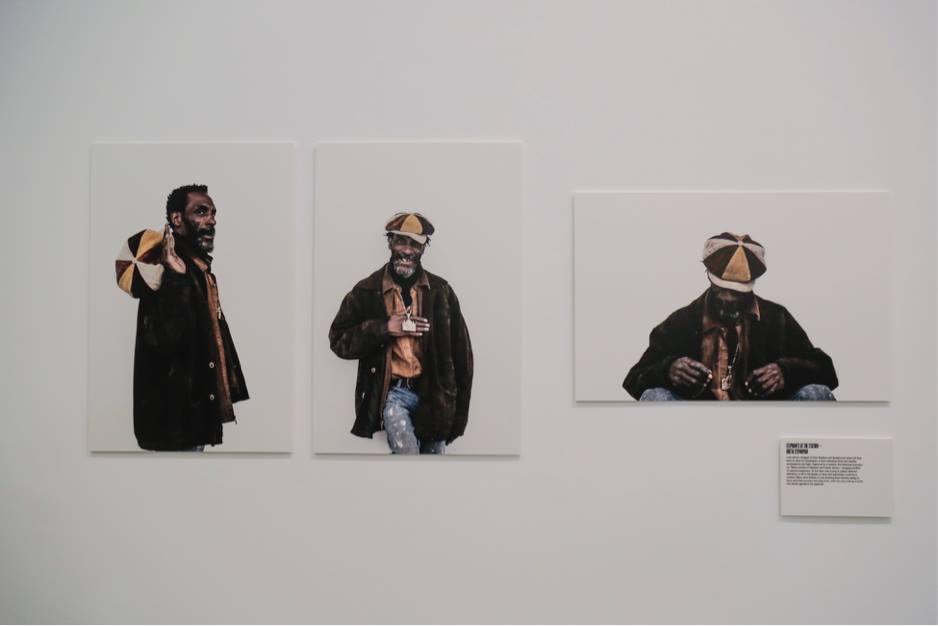 I also supported Greta Stepanyan’s shoot of her amazing social documentary piece, Elephants at the Station. Greta was determined and confident enough to approach the residents or passers-by in the main thoroughfare around Elephant and Castle. After approaching many people, who she says “were limited in truly showing their identity”, one gentleman stopped her in her tracks, simply because he agreed to be captured and reveal his identity which was characterised by his pleasant manner, his quirky outfit and charisma. The fact that one person’s identity stood out for Greta is very interesting, suggesting that perhaps many who dress in a similar way, lack charisma. 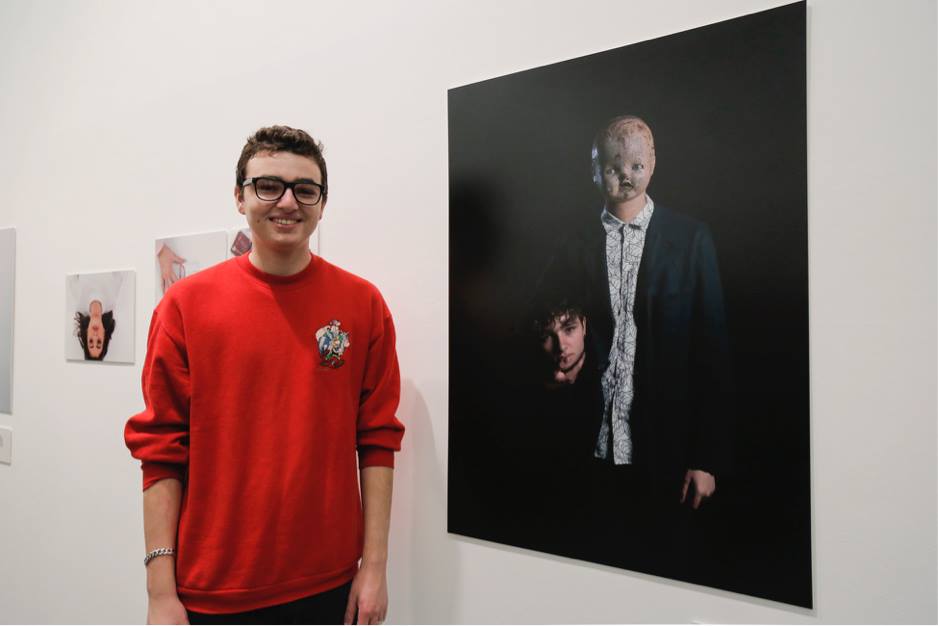 Kaplan Urul with his work.

Finally, Kaplan Urul’s piece is something that I followed with much interest. Using the notion of fear, Kaplan’s piece addresses how fear can so easily become part of your identity. In particular, the fear of growing up and the responsibilities that come alongside that and, as Kaplan describes it, “coming-of-age”. The doll represents the notion of holding onto aspects of his childhood.

Othello De’Souza Hartley, one of the Album project tutors said:

“Album is an exceptional project that gives young people the chance to work with art practitioners, academics, and curators. Over the course of the project, the young people get help in developing photographic skills, creative ideas, darkroom skills, through to an understanding of curating.

“Socially, the project helps young people to build their confidence and express themselves creatively, and gives them an insight into what would be expected of them if they decide to go to university in the future.”

The Album showcase evening was such a heart-warming, emotional and exciting celebration for all those who played a part in enabling so many talented individuals to produce work to proud of.

The students’ work attracted some media attention, including an article by The Evening Standard, the online international media platform Artrabbit, and a write up in The Royal Academy of Arts’ newsletter.

Album is part of a family of UAL Insights projects run by the Outreach team at London College of Communication. It’s a great example of how we collaborate with cultural organisations to devise and team-teach engaging programmes of activity. It acts as stepping stone to the UAL Insights Spring, Summer and Autumn/Winter schools and workshops on offer for students aged 16 and over.

These activities help students to explore and then specialise in particular subject areas. In Autumn/Winter activities switch to developing portfolios and preparing for interviews in order to support young people in progressing to university courses.