MA Photojournalism and Documentary Photography alumna Eléonore de Bonneval has recently been working with patients at St. Joseph’s Hospice, Mare Street, Hackney, to create a series of intimate portraits capturing the most important objects in their lives.

Launched to coincide with Hospice Care Week, Eléonore’s ‘Everlasting Lives’ exhibition features photographs of objects selected not for their materialistic value but for the personal and emotional stories attached.

St Joseph’s Hospice is one of the oldest and largest hospices in Britain, founded in 1905. It is an independent charity providing compassionate support and care for people with life-limiting conditions and terminal illnesses in Hackney and the City of London, Newham and Tower Hamlets.

“I want to thank St Joseph’s Hospice staff and patients for their support and trust throughout this project.

“Jade, Sanjay, Lucie, John, Josie, Susan and Viviane told me about their life stories, we identified together five objects that mattered to them, but really those objects don’t matter.

“What do matter are the stories attached. Through those you’ll get a window into their lives, hear about their trips, favourite books or music and most importantly you’ll hear about the essential role played by their beloved friends and family.” 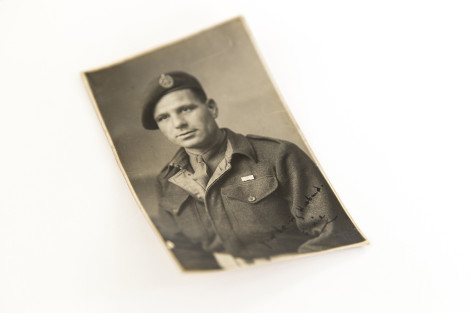 John Waterhouse’s photograph of his dad

My dad
I was born the wrong time, 1937. I didn’t see my father. I don’t remember seeing my father until I was 8 years of age. It wasn’t a normal upbringing because my mother was in the hospital. She had TB. She died at 32. I was 9.

I was about 8 years of age when my dad came back, he was like a stranger because I had not seen him at all really. I remember he came in, he gave us a little jar of sweets and went round the pub. I still remember that day. I don’t know what sweets it was in those days, everything was rationed. 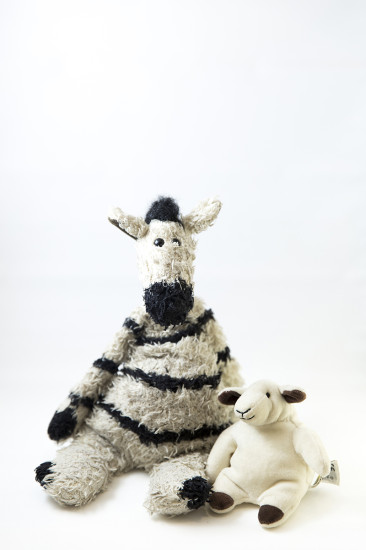 ‘Eric the Sheep’ and ‘Stripey Zebra’, my children’s teddy bears.
I had my first kid Alfy, now 15, when I was 38 and Jake, now 12, when I was 40. The only thing I didn’t do is travel to South America, which is the next place I wanted to go to. But I had the kids instead.

My life has completely changed since I had the kids. It does. They are really important to me. 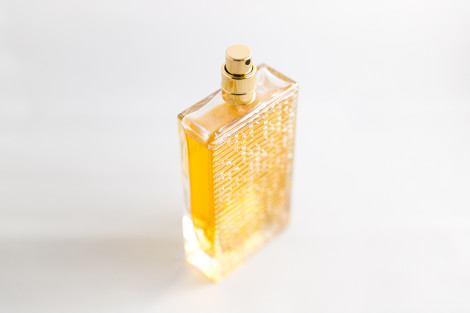 The scent of my French grandmother
My grandmother died last year at Christmas, two days before we came to visit but I think it was on purpose because she always made me promise I would be at her funeral. When I was living in Mexico, sometimes she said ‘you will come back for my funeral right?’ ‘Yeah of course I will Mémé !’.

I have kept her perfume because it smells of her. It is Cinema by Yves Saint Laurent. I can’t believe she used to bath herself in this stuff. I used to think that it was just what she used to smell of. I didn’t realize it was perfume. My aunt told me ‘you should take the perfume’.

I took it to my sister and I said: ‘Close your eyes, smell this, what is it ? What does it smell of?’ She said, ‘it smells of Mémé!’

‘Everlasting Lives’ continues at St Joseph’s Hospice until Friday 16 January 2015 and is open every day 9am-6pm.