Kitty Percy, an MA Screenwriting alumna, has just won the Cordelia Award for her screenplay ‘Butter Side Up’

Kitty Percy, an MA Screenwriting alumna, has just won the Cordelia Award for her screenplay ‘Butter Side Up’. The winning script tells the story of a hopelessly unlucky small-time criminal who kidnaps a celebrity by mistake, and finds his luck starting to change in unexpected ways.

We caught up with Kitty to find out a bit more about her time at LCC and life as a screenwriter. We also loved her interview with BlueCat.com that we’ve included our ‘best bits’ below too!

When did you study at LCC?

I finished my two year screenwriting MA in December 2013.

What did you love most about the course?

One of the best things I’ve taken away from the course is my writers group, consisting of me and half a dozen or so others from the MA. There’s a real camaraderie that comes of having been through the endurance course of a writing programme, a sense of trust and support that is incredibly valuable.

What was the most important lesson you learnt here?

That just because someone doesn’t like your idea, doesn’t mean there’s anything wrong with it. Be true to your voice and to the stories you want to tell, and you’ll find your audience sooner or later.

What advice would you give someone who was thinking of doing the course?

There are screenwriters who do succeed without formal qualifications, but in this climate – which is all about TV as opposed to film – craft is everything. There’s nothing like the rigour of a formal writing programme to hammer the rules into you until they’re second nature. If that sounds unpleasant, write a novel instead! 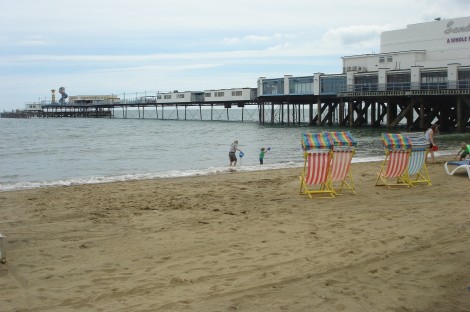 The dialogue in Butter Side Up is fantastically witty and comedic. What was your process in crafting the dialogue in such an authentic way?

Why thank you, BlueCat. I feel odd taking credit for the dialogue when all I do is take personality ingredients, add them into some characters, cook them for a bit then let them loose, observe what they say and try to write it down before I forget it.

Luck is a reoccurring theme in your screenplay. Which character’s stance on luck do you identify with the most?

Maybe it’s because we live in such cynical, secular times that I’m interested in our unshakable belief in luck. The main character Stan, a small-time criminal on the Isle of Wight, believes he’s fundamentally unlucky. He finally learns that luck – good and bad – is random but ‘lucky’ is a state of mind.

What inspired you to become a screenwriter?

Writing is a way to take all of your mistakes and neuroses and turn them into something useful, and it’s cheaper than therapy. Maybe it’s because my mental terrain is chaotic, but what I love about screenwriting are the structures and boundaries, the rules of the craft.

Do you have any particular writing habits or routines to keep you motivated?

Some writers can barricade themselves in a room and write for hours on end and come up with something good. I am not one of them. My process is like that game at kids’ parties, where there’s a donut hanging from a string and you kind of hover strategically, taking little bites at it (whilst trying to prevent it falling apart) until it’s finished.

What’s the hardest part of writing for you?

Back now. One thing I struggle with is becoming too fond of my characters – even the baddies – so I don’t want to make them suffer. I’m great at coming up with stories where nothing much happens and people are generally nice to one another.

Yes and no. Because my writing is not quite drama and not quite comedy, tone is everything. I put a lot of thought into action and descriptions; I treat them as a kind of trojan horse that I hope will carry my tone into the final product.

What is your ultimate goal as a screenwriter?

There’s a lot of buzz about TV at the moment, and it’s great that telly is having something of a golden age, but I remain truly, romantically smitten by cinema films. I’d love to see a film I wrote make it to the big screen.

Who do you go to for feedback?

One of the best things about doing a formal writing programme (I did an MA in screenwriting at the University of the Arts London) is the chance to find like-minded souls. I couldn’t function without my writers group. Also, since I entered BlueCat, I’ve been signed by an agent. He is a diamond – reads every bit of nonsense I put in front of him and gives constructive and insightful notes.

What advice can you give to aspiring screenwriters?

As I feel like I still am one myself, I should probably limit my advice to subjects about which I’m qualified to comment. To that end: 1) if you’re making mashed potatoes don’t peel them first – all the goodness is in the skin. 2) Unless it’s August, wear a vest for heaven’s sake. 3) The donuts will get you in the end.

Find out more about MA Screenwriting