This year’s Foundation Diploma Art & Design show ‘Intro/Outro’ is just days away from opening – the show begins on Monday 27 April 2015, with a Private View on Tuesday 28 April. All are welcome!

Below we preview some of the student work you can look forward to seeing around the College. 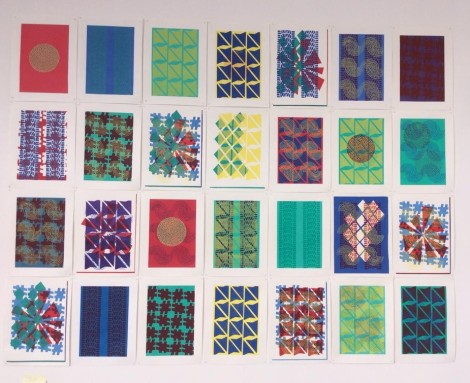 In ‘The Unspoken Truth’, Linnet van Veen has taken inspiration from Aboriginal art made up of abstract symbols, dots and lines, and has adapted this ancient form of creative expression for the modern world.

Linnet explored the internet and social media for symbols that represent our fixation with it, as well as its influence on us, and turned them into patterns, screen printing them over one another using vibrant colours. 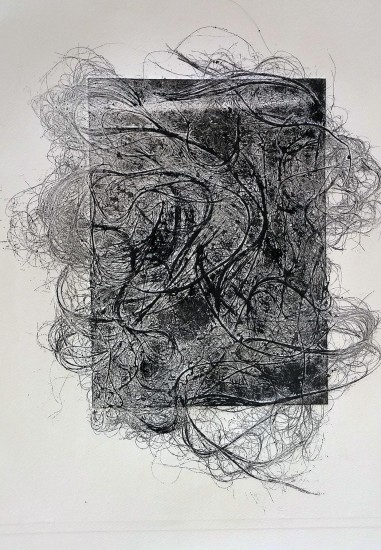 Aayushi’s research led her to investigate how young girls and women in villages in Indian are emotionally manipulated to go through with the practice of tonsuring (cutting or shaving the hair as a sign of religious devotion) in order to create the raw material for hair extensions.

The resulting prints show the delicate fine lines of real hair and demonstrate how real hair is artificialised by the industry in order to satisfy its unrealistic beauty standards. 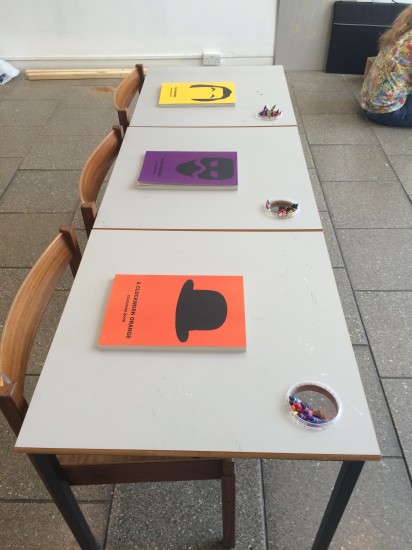 Eve Baer Reilly has created three subversive colouring books depicting films by Stanley Kubrick, based on her research into the Stanley Kubrick Archive, held at the Archives and Special Collections Centre at LCC.

She uses the juxtaposition of adult themes and an item synonymous with children to encourage a discussion about the evolution and future of children’s entertainment, at a time when children are increasingly exposed to adult content online. 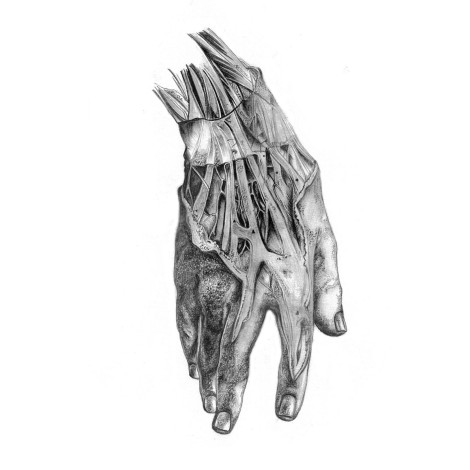 Laura Knott’s work highlights the contrast between the poverty and violence often connected to diamond mining in central and southern Africa, and the status of diamonds as a symbol of wealth and prosperity.

Following a visit to London’s Hatton Garden, famous for its jewellery shops, Laura decided to use jewellery boxes to present 50 pointillist pencil illustrations exposing the brutality behind these ‘conflict diamonds’. 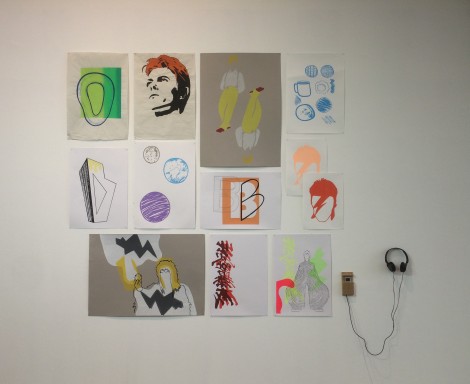 Marlee King’s ‘Bowie’s Alphabet’ is inspired by her own childhood bedroom as a David Bowie fan, and her screen prints are an eclectic mix of his most well-known characters, from Ziggy Stardust to the Thin White Duke and Jareth the Goblin King.

The alphabet itself is made up of letters found phonetically in Bowie’s music – visitors are encouraged to put the headphones on and be transported to the mind and room of a Bowie fan. 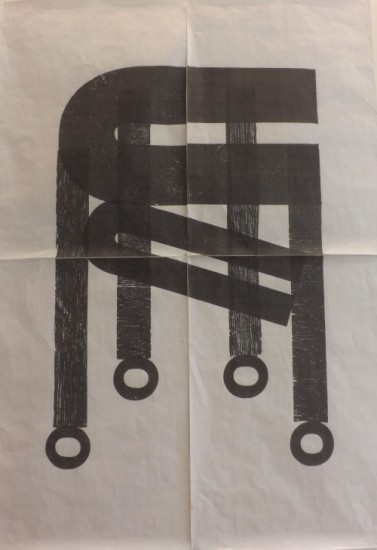 Babachuwe Tabase’s ‘Something out of nothing’ uses letterpress to create a figurative, abstract image of his early Kaye Walker frame, which was a significant part of his life while he was struggling to overcome his disability and walk.

Babachuwe used the frame for eight years, and hung pieces of his artwork off the frame in order to completely personalise the space.

This piece is intended as a celebration of how far he has come as an individual and an art student during his Foundation course. ‘Sponsored by Fight Club’ by Tamara Ibrahim is a collection of 30 A3 screen prints that convey the delivery of lines in David Fincher’s film Fight Club  (1999) through typography and colour.

Starting with a design for “I know this because Tyler knows this”, Tamara found that the simpler her designs were, the easier it became to depict the content of the lines typographically.

This fantastic work and that of all our other graduating Foundation students is on display in the show, which runs until Wednesday 6 May.