For four weeks, with only a single room as their set, students have been challenged with making 14 dramas set in the 1950s, each featuring a maximum of three characters.

Students are working together to transform scripts from paper to screen, with just one day of filming allowed for each drama, before a quick turnaround to redecorate the set between shoots.

Tell us a bit about your producer roles:

AC: As a producer, I work very closely with the director and cinematographer but less with the actual camera and lighting crew. It’s my responsibility to make sure that production runs smoothly. You do what’s required, solve problems and keep everyone motivated. Much of my time is spent on logistics: scheduling meetings, editing timetables, setting deadlines for departments and reminding people of meetings.

I’m also the writer of the script I’m producing, so learning from others and having the privilege of seeing them make your idea better than you’d imagined is definitely a highlight of this role!

LG: Working as a producer is possibly one of the most difficult jobs in a production. It’s about getting the balance between trusting your crew and knowing when to step in and help.  The House Project is a great way to figure out how roles work, build teams and connect with those you might not have otherwise considered.

What does collaboration bring to a project like this?

LG: Collaboration is an amazing thing. I’ve been working with some talented and enthusiastic students from BA (Hons) Film and Television, who have each taught me something new. It gives us all an opportunity to work with students who have an entirely different skill set to us, and make our projects better.

AC: Collaborating with new people is definitely exciting, although it’s easy to get overwhelmed by how many we are at times! My experience of working in a larger crew is that everyone has a better of understanding of the expectations of their role. There is a sense of purpose that you don’t quite get in smaller crews, where everyone is dying to get more creative control.

With such a wide range of skills across both courses, there’s always someone to ask for help and advice. Especially in terms of the art department, BA (Hons) Live Events and Television students are very experienced. 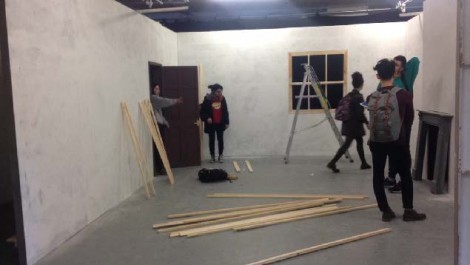 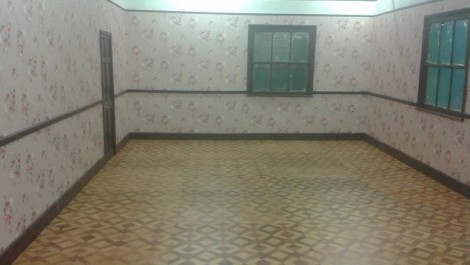 What technical skills, processes, equipment and external resources are required for this project?

LG: A lot! Depending on what the individual productions need, each group will be using equipment, software and communication techniques which best suit. To cast actors for our dramas, we’ve used external casting sites such as Spotlight and CastingPro.

AC: The cinematographer and gaffer manage the camera and lighting plans and equipment. We’re provided with one Black Magic camera per group for this project, along with LED lights. 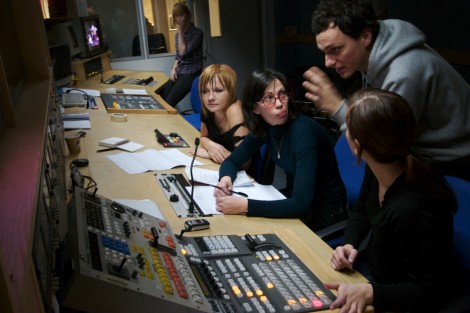 We require a costume department of 2-3 people, as well as hair and makeup assistance. For my film, we managed to get a student from London College of Fashion on board to make wigs. The Production Designer also looked to external sources for props and costumes, such as the National Theatre Prop and Costume Hire.

Amy Carlsson’s drama Need explores how an obsessive compulsive woman turns her perceived failure into a reinvention of the self. The script challenges assumptions about the post-war housewife, and examines conflicting ideas about female identity.

All 14 dramas from the House Project are scheduled for completion in mid-March and will be screened at the beginning of summer term.

Find out more about BA (Hons) Film and Television.

Find out more about BA (Hons) Live Events and Television.