Following LCC’s involvement in London Design Festival (LDF), we caught up with Scene Everything design duo, Joseph Popper and Nick Mortimer, to relive the joy that their Joy of Sets workshop brought upon our students, staff and LDF visitors.

Their 4-day sci-fi set building workshop and exhibition, LDF at LCC // The Joy of Sets x The Kubrick Archive, reimagined an iconic scene from a Stanley Kubrick’s 2001: A Space Odyssey at full scale.

Here, Nick and and Joseph reflect on the exhibition and why set-building is an important tool for designers and creatives more broadly.

Tell us about your recent Joy of Sets workshop for LDF at LCC.

The event was a set design workshop and exhibition which reimagined sci-fi film sets using Kubrick’s behind-the-scenes set plans, imagery and concept artwork as inspiration for a 1:1 scale set that was on display within LCC’s Well Gallery.

It was a collaboration between LCC and our multidisciplinary design studio, Scene Everything as part of London Design Festival.

The workshop was based on set building at 1:1 scale and introduced a playful and rapid process to prototyping and storytelling. The set designs are primarily inspired by science fiction themes and narratives. 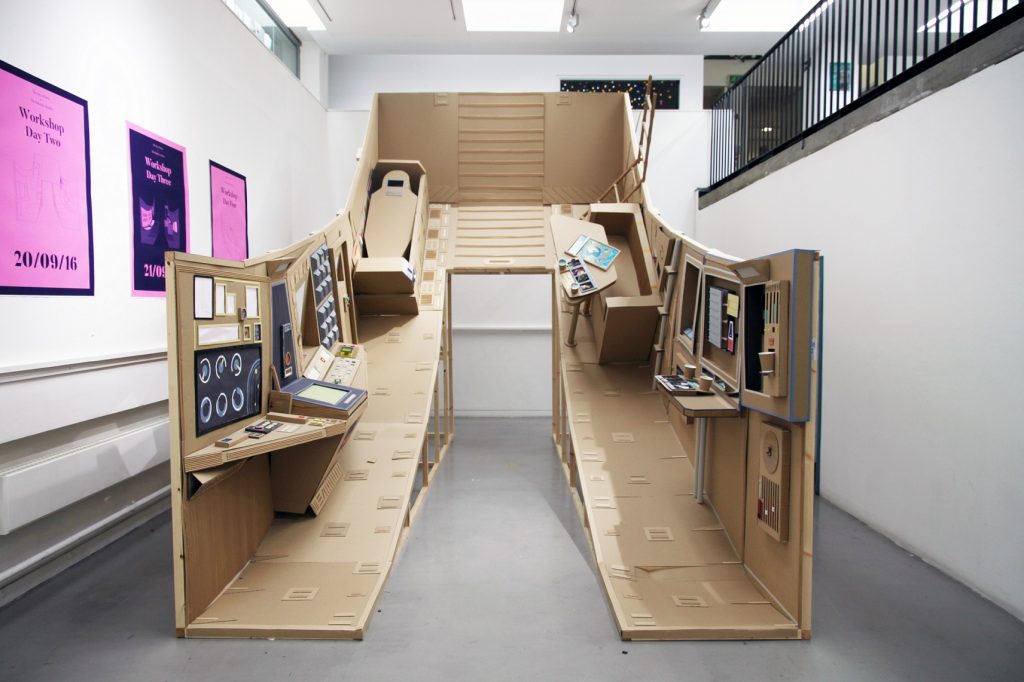 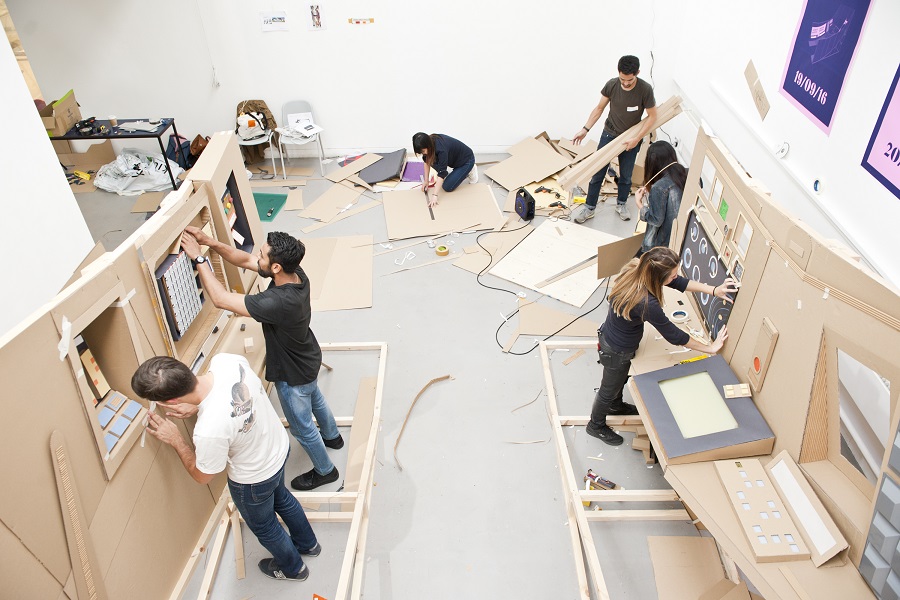 What are your backgrounds?

We (Nicholas Mortimer and Joseph Popper) are artists, designers and co-founders of Scene Everything. In our individual practices we both work with narrative and fiction in a range of media. We also share an interest in the historical and future consequences of technological advancement, and the impact they have on society and culture. 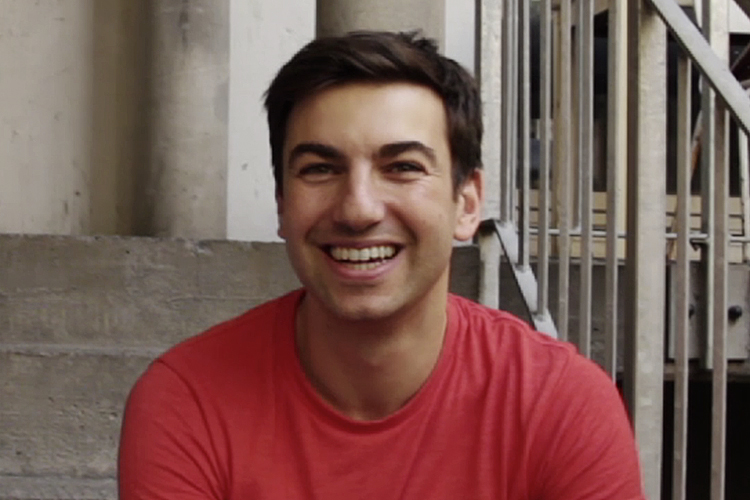 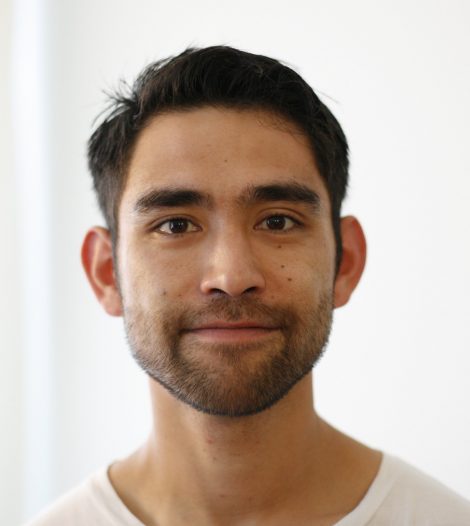 As Scene Everything, we specialise in built environments and narrative experiences for cultural events and exhibitions: collaborating with museums, institutions and creative practices. Our approach adopts storytelling and scene setting methods to communicate engaging ideas with a wider audience.

How did the idea for this exhibition and workshop come about? Why Kubrick?

Scene Everything had previously lead a version of the Joy of Sets workshop at LCC, and on learning more about the Stanley Kubrick Archive on site, the idea to dedicate a version of the workshop to Kubrick – an icon of film and science fiction – appeared a perfect fit!

In a design context, Kubrick stands as a seminal reference for how to make futures tangible. His meticulous approach to filmmaking became an example for how to critically and thoroughly imagine how things could be – a methodology which has become so important to various design departments and disciplines.

With 2001: A Space Odyssey in particular, Kubrick has contributed to the emergence of fiction as a tool for designers to shape our thinking and expectation about the future.

How did you work with UAL’s Stanley Kubrick Archive to make ideas into reality?

UAL’s Stanley Kubrick Archive helped us to discover various resource material to help inform and inspire the design of our set installation in the Well Gallery.

The archive holds a treasure trove of detailed research and correspondence – from NASA scientists to credit card and shopping mall executives – who were invited by Kubrick to contribute to his vision of the year 2001 through detailed speculation and extrapolation into the future. 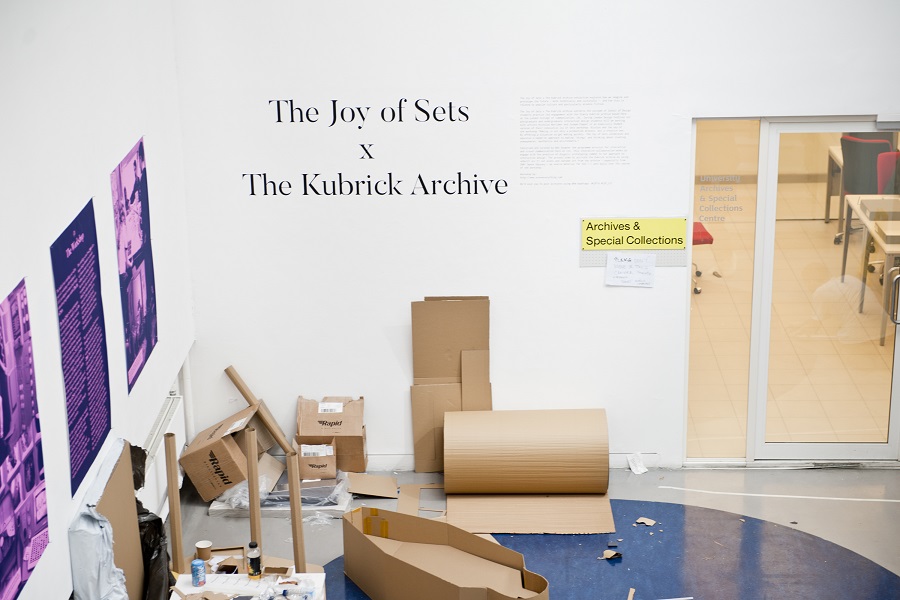 These materials reveal how thoroughly considered and informed Kubrick and Arthur C. Clarke were in the way they set about imagining a space epic set in 2001: A Space Odyssey.

The appearance of the news pad and picture phone in the film – remarkably similar to our contemporary everyday devices – demonstrate how Kubrick was able to create a vision of future space travel that was both viable and believable! 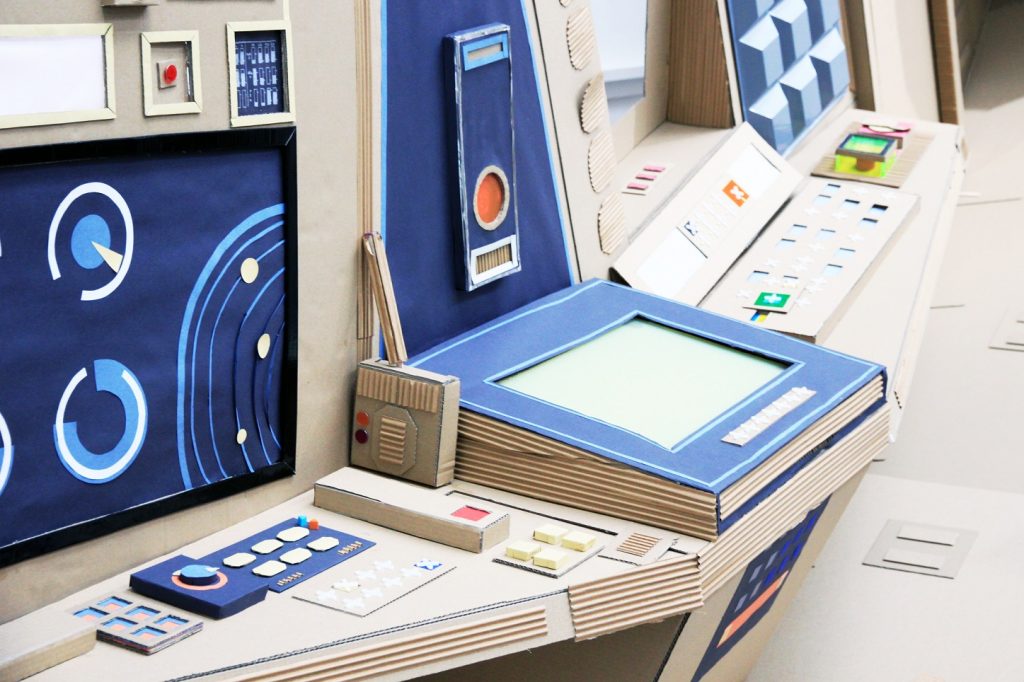 LDF at LCC // The Joy of Sets x The Kubrick Archive 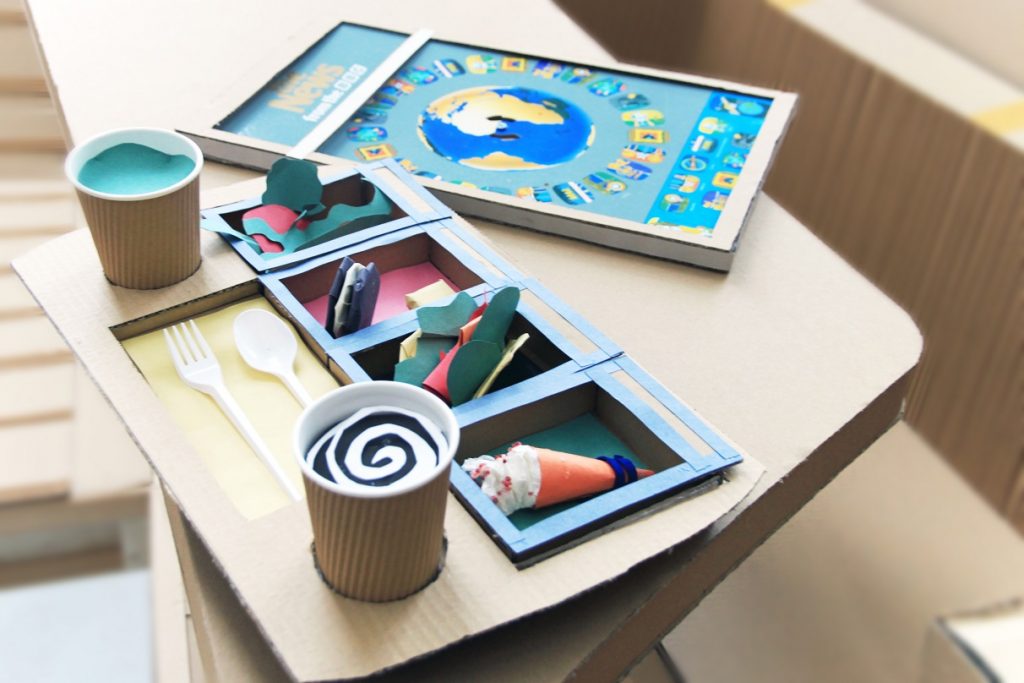 LDF at LCC // The Joy of Sets x The Kubrick Archive

Why is set design relevant to designers and creatives more broadly?

We design sets for the students to reimagine and interpret as they make them. The set is an important device for creating a context and atmosphere around a story or idea.

For designers, it can also be tool to set the scene around a proposed idea: to situate it in a wider world. For prototyping, the set gives students an opportunity to be ambitious, to work at room scale and to impress what can be achieved in a short space of time. 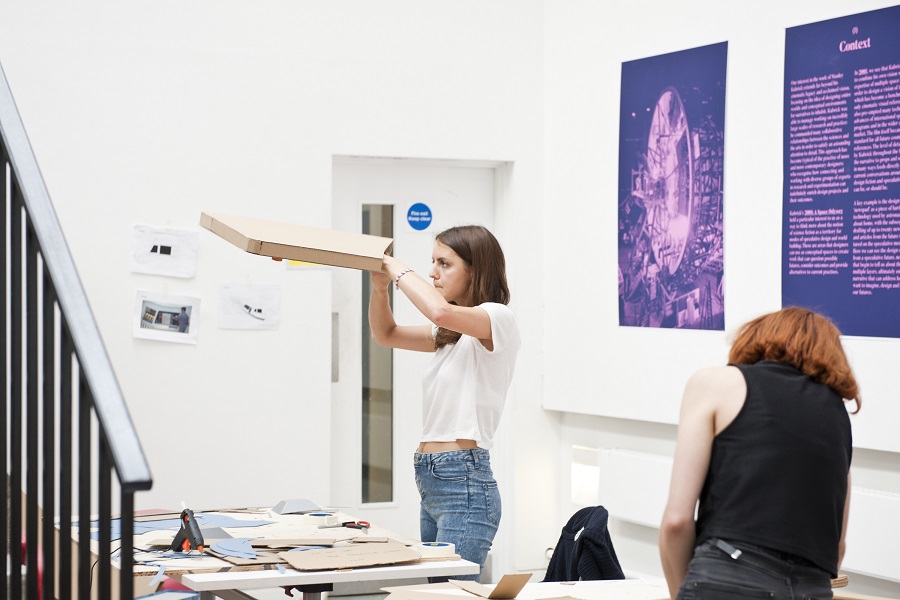 Cardboard is the primary material for our Joy of Sets workshops; though a simple material, it can be worked to high level of detail and a strong visual aesthetic.

Where do you see the link between science fiction and design fiction?

The link between design fiction and science fiction is a powerful and interesting tool for designers. Both enable us to imagine, examine and reflect upon future scenarios and outcomes through narrative. It can give context to an idea, or set the scene for a concept.

Narrative has emerged as a key medium for design to question the here and now, extrapolate into the future and realise prototypes. Through story and fiction, one can make the future tangible, and shape expectations for things to come.