In the latest New Course Discourse, we ask Programme Director Jamie Hobson to talk us through two brand new undergraduate courses in the School of Design: BA (Hons) Graphic Branding and Identity and BA (Hons) Design for Art Direction.

Can you tell us why the course has been created?

It comes from BA (Hons) Graphic and Media Design, because we’ve discovered over the years that there are more and more students who have an interest in the branding aspect of graphic design.

Graphic design has changed radically from when I was a student, when it was purely print-based. Now you can incorporate film, motion graphics, photography, writing, and even curation.

It also relates directly to our MA Graphic Branding and Identity, so there’s a possibility of progression to postgraduate level. 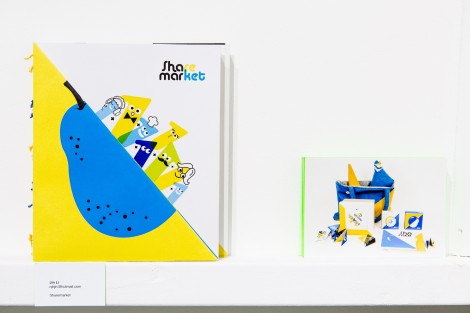 The first year of the course follows exactly the same pattern as the majority of the other degree courses within the School of Design. So that allows a certain amount of flexibility, it allows people to move around, which we think is a good thing.

There are common units such as ISHE which is Introduction to Study in Higher Education, acclimatising students to studying within UAL and LCC particularly, which is a really good inclusion in the programme.

Then we start looking at aspects of branding: what is branding? What is identity? What is storytelling in relation to this activity?

There’s a balance between those University-wide units – collaboration units, for instance, in the second year, which allow students to collaborate within the School, College or University – and the specialist units which identify the degree specialism.

Then we come into the third year, which is exactly the same as the third year in all the School of Design’s degree programmes, and allows students to specialise either in studio-based, practice-based areas or the dissertation.

What can studying at LCC offer applicants to this BA?

In the past year the School of Design has developed ten new undergraduate and postgraduate degree courses. When you see all the undergraduate courses listed, you suddenly see a relationship between all of them and a coherence which we’ve never necessarily had before.

There are things which identify LCC and its School of Design. LCC is quite unique because it’s a College of design, media and communication, not a traditional art school. When you look at the list of degree programmes, you can see the relationship between design, communication and media.

We don’t offer fine art, we don’t offer fashion, we don’t offer product design, but we offer things that have a greater cogency and cohesion and are more related to the design, communication and media industry, which is a clearly defined part of our economy. 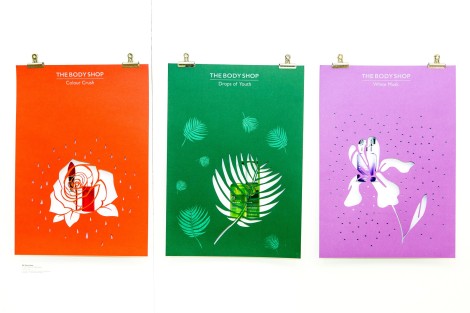 So what are you looking for in students?

Graphic branding and identity is less about logos and much more about the cultural issues around identity. It’s the notion of branding as narrative, as a story. We’re expecting students with an understanding of a whole range of aspects on the periphery of design.

So we may be looking at many more students whose background is not traditional. They don’t even necessarily come from art and design backgrounds. They might be writers, they might have a background in humanities, but they can still work capably within the area of branding and identity.

We interview all our students – we always have done and we always will do. It’s interesting because traditionally students have come from Foundation courses with a portfolio of work, and we make a selection based on that.

But increasingly we’re finding students who come from a different background, so they may have brilliant predicted A-level grades in subjects that a few years ago we would never have considered. Physics, science subjects generally, mathematics.

Their portfolio isn’t necessarily brilliant, but there’s something about them, and we’ll often take a risk with that student because they’re obviously keen and they’re bringing something else to the course. They’re coming with an approach which is more theoretical than practice-based.

Students who are very practical and conform to the traditional notion of what a design student might be are meeting those students who are far more academic and have a different perspective. Their skills complement each other.

What do you think the possibilities are for graduates from this course?

So they could work in corporate communication, branding, graphic design, editorial design, film, animation, all areas which are related to what we do in design, communication and media. And there’s the MA option here as well. 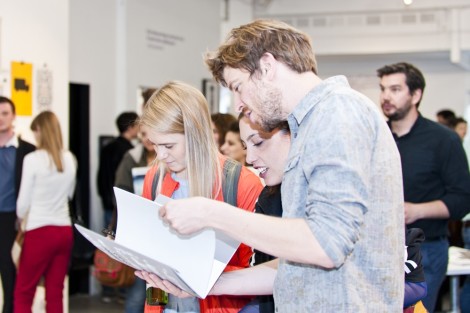 Moving on to the second course, how did BA (Hons) Design for Art Direction course come about?

There are no art direction degrees in the country that I’ve found. There may be individual units in postgraduate degrees, but nothing specific.

Again it comes from BA (Hons) Graphic and Media Design – we always find that there are students on that course who are not necessarily specialists in any one area, but have a broad range of skills and the ability to collaborate and to organise students.

It’s particularly noticeable when you get to the final year of the degree – you might get 150 students putting on their Summer Show, and you find that there are just 10 or 12 students who are organising the whole lot.

They organise all the shows, they bring together the website and any publications. Those are quite amazing people.

If we can find them earlier on – though we can’t guarantee that when they graduate they’re going to be art directors straight away, it could take three or four years – we can give them the experience of working collaboratively.

There’ll be a great deal more about management of design, negotiation, conflict management, than would be dealt with in the traditional graphic design or design course.

In terms of their practice, we expect students who may want to specialise in one area but have a breadth of skills, and can understand how photography, film, graphic moving image and print-based graphics work. They may not be an authority on those subjects but they can bring together a group of people who are.

So how do those students tend to emerge within BA (Hons) Graphic and Media Design at the moment?

You can spot that student in the first year, the one who’s got that edge over their peers in terms of commitment, organisational skills, presentation skills – and they tend to continue to be the organisers.

They’re not self-obsessed, they’re good collaborators, they have good interpersonal skills, they’re good at selling ideas and concepts, and they can bring together a team of people who can realise their particular vision. 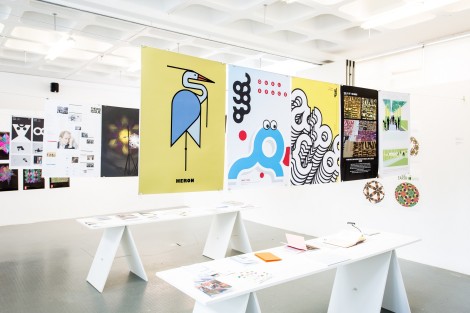 And you’re taking a similar approach in finding students for this new BA?

We’re looking at portfolios and we do group interviews. We meet a group of students collectively, and we ask them questions about what they read, why they’re interested in LCC, and the ones who’ll stand up and answer often also have a very good portfolio or good academic qualifications. You can spot the behaviour patterns.

Tell us about the basic structure of the course.

It fits more or less with BA (Hons) Graphic Branding and Identity in that there are common units which are shared with all the undergraduate courses within the School of Design, which means there is the possibility, if people are not sure, of moving between courses.

It has the same basic structure: Introduction to Design Principles, which we think is crucial, and then you have in this case an exploration of different media.

The other thing in the first and second years is the design management unit, which is unique to this course. That will be dealing with the theory and practice associated with managing the design process, not just practical but theoretical. There’s also media exploration and art direction itself in the second year.

The third year is exactly the same as all our other degree courses, so that students have the opportunity to do a self-initiated project, emphasising either the dissertation or the studio.

So, from an applicant’s perspective, why LCC?

I think it’s really important to recognise the heritage of LCC. LCC has always been recognised for graphic design in particular in the School of Design. That’s its history, emanating from print, but the legacy of that is the expansion of design.

It reflects the expansion of the design industry itself and has kept pace with it, and we still think that we’re leaders in the country of design education.

The difference between us and many other institutions is that we’re concept-orientated in all our courses, and we like students who are capable of exploring, experimenting, and taking design – as an overarching subject – in different directions.

So the sort of student we’re after is the student who’ll put an iPad through an etching press to see what happens. Not that we’d recommend it!

We want the enquiring minds. We don’t want the people who have a vision of what a particular subject like branding and identity or art direction is, and conform to that. We want the ones who will be the leaders in the future.