From LCC to Jay Z // Exchange State of Mind

London College of Communication students have recently completed a cultural exchange programme with scholars from the Shawn Carter Foundation (SCF). The aim of the exchange was to diversify student experiences by giving them opportunities to explore brand new creative territory. 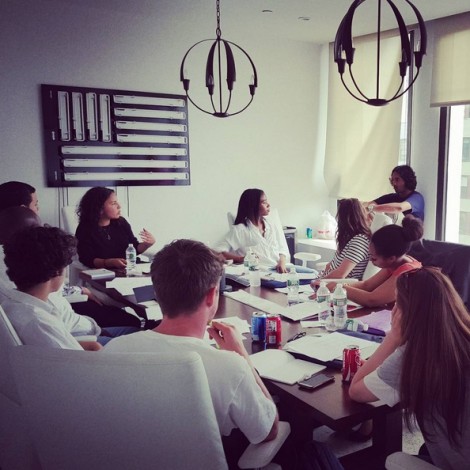 The Shawn Carter Foundation was established in 2003 by musician Shawn Carter, better known as Jay-Z and his mother, Gloria Carter. Since its inception over $2.9M has been invested in initiatives to empower individuals facing socio-economic hardships to further their education at post-secondary institutions. 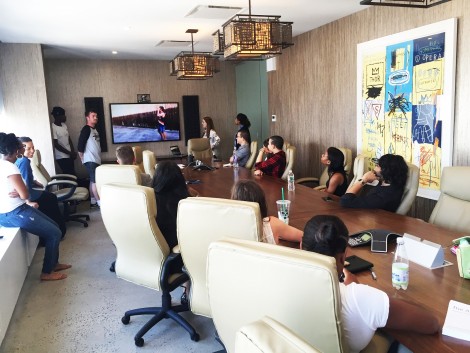 As part of the exchange the LCC Widening Participation team designed an academic programme which would give students from the Shawn Carter Foundation a chance to experience a broad range of subjects such as broadcast journalism, screen printing and marketing.

The exchange also gave the students an opportunity to meet MPs in The House of Lords, have bespoke tours of Tate Modern and Tate Britain, and travel to some of London’s most famous landmarks. 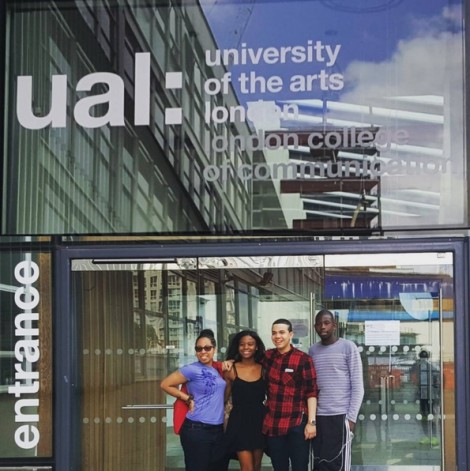 Karin Askham, Dean of LCC’s School of Media explains: “Having the opportunity to work with Jay-Z and his foundation was something LCC was really excited about.”

“We were so delighted to host scholars from the Shawn Carter Foundation, but also the chance for LCC students to go and work at Roc Nation was a truly once in a lifetime opportunity.” 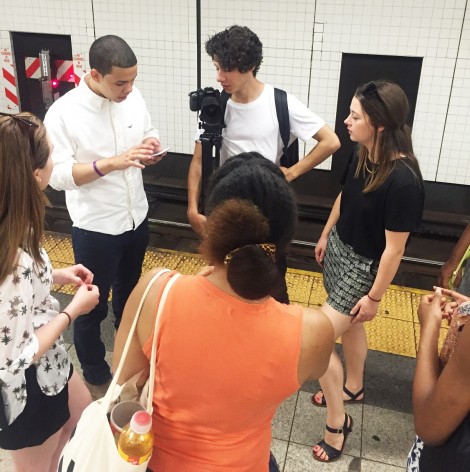 The New York side of the exchange focused on developing the students’ problem solving and creative skills. Students from both LCC and SCF were working together on a live brief to develop the marketing campaign for the Made in America Festival. The development of the project was supported by a series of master classes given by Roc Nation’s PR, marketing and branding teams. 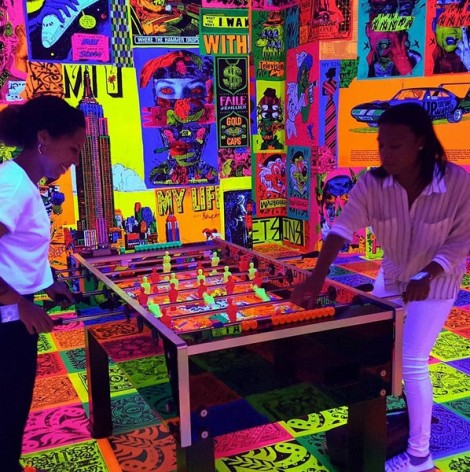 SCF scholars have diverse backgrounds, and typically face significant barriers to success such as teen pregnancy, homelessness, former incarceration, interrupted schooling, and sexual and domestic abuse, but they all possess a desire to pursue their educational and professional dreams. Gabriella Old, an LCC BA (Hons) Advertising student who took part in the exchange explains: “My main take away from the experience was inspiration. I came away inspired to make my surreal time in New York a reality of my everyday life.” “I learnt a great deal from the exchange and met some great people. As an advertising student I really feel as though I benefitted from getting some in-depth knowledge of social media, experience in understanding and influencing consumer behaviours and working as part of a really creative team.” 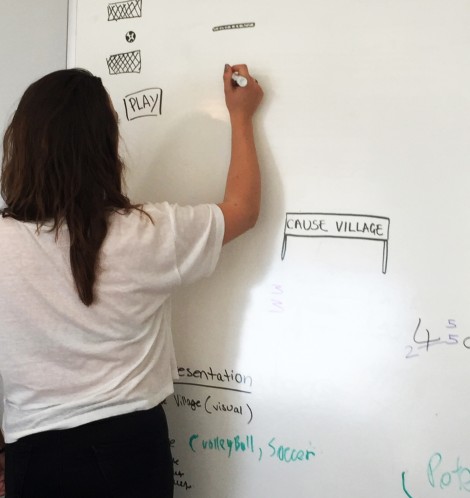 Stephen Coyle, another LCC BA (Hons) Advertising student explains: “Working at Roc Nation was a bit of a surreal experience for me. I am a massive hip hop and Jay Z fan, and to be in the building were so many musicians I am currently a fan of are managed had me feeling pretty blessed. Shaking his hand and having a photo with him really was the perfect end to an inspiring and creative experience.”