From LCC to Hollywood, alumnus Henry Hobson talks to us about his work on the Oscars, his feature film and more

Since graduating from the BA (Hons) Graphic and Media Design course at LCC, Henry Hobson has gone on to make it big in showbusiness. From leading the graphic designs for the Oscars, to directing his own feature film ‘Maggie’ starring Arnold Schwarzenegger, Henry has worked his way to the top.

In the week that the first trailer for his Tribeca Film Festival-nominated movie is released, we caught up with him to find out a little more about his journey from LCC to Hollywood.

Can you tell us a little bit about your time at LCC. What were the most important lessons you learnt here?

I studied at LCC, or LCP as I knew it, for my Foundation course and BA. From the outset the focus on design was what drew me in, even on Foundation my tutors helped me explore the possibilities of design, and this was just before computers were becoming truly effective design tools.

Handmade and crafted techniques that I learnt, testing out colour and thinking critically meant that when I got to the BA I already had a shorthand in place. 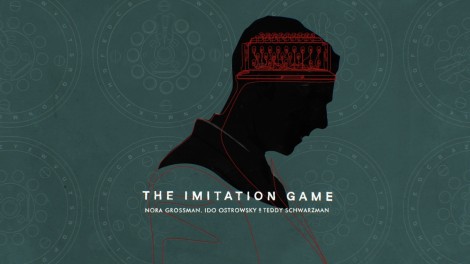 During term time I would do internships – I worked in my first year with Why Not Associates. I found the first couple of weeks a bit dull, but doing small tasks and little pieces of work helped me understand how valuable the creative experience I was getting at LCC was.

I learnt to push as hard as possible with projects, answering the briefs how I wanted to answer them. I learnt there is no incorrect answer if you have navigated to it from the brief. I still stick to that open way of thinking now, when a brief comes in. 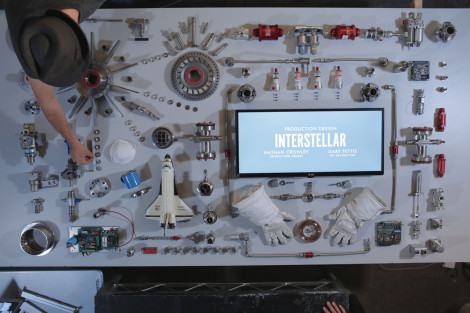 The making of the Oscars graphics 2015, Interstellar, Henry Hobson.

Can you quickly talk us through your journey from graduation to where you are now in your career? Were there any key opportunities that you feel particularly grateful for? Formative experiences?

By the time I left LCC I had done so many internships that I was able to get a job at Why Not Associates almost straight away. I worked for them for years, before getting a place at the Royal College of Art. Whilst studying at a postgraduate level, I still found that my experiences at LCC, and the lessons I learnt there were fundamental in developing my ability to think creatively, even though they were hard to get my head around at the time.

What made you move to America, and is there a difference in the culture of design in the UK and the US?

The move to America came a little bit out of the blue, after my work was spotted. I found the design culture intensely different. Even my first week in the States when I was asked to pitch and I was presenting concepts and theories, the Americans wanted finished designs in the pitch not theories. The technical skill level is insane here. 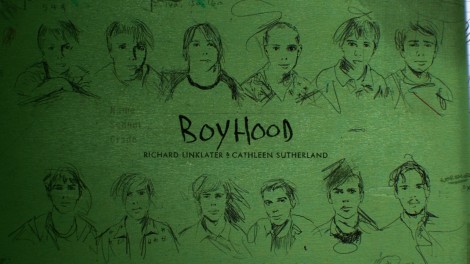 How did you get into films, and can you explain a little about what led you to your feature film, ‘Maggie’?

I chose LCC because of the late Ian Noble, who sat me down when I went to a D&AD event in Holborn. I wanted to study film and Ian convinced me that design was a secret backdoor into cinema, telling me that Hitchcock, Ridley Scott, Kirostami and others all started as designers, and that the British film industry is so closed off it would be so difficult. The making of the Oscars graphics 2015, The Grand Budapest Hotel, Henry Hobson.

So my long game always involved film, using moving image and design as a creative outlet to try and tell stories. Why Not Associates had their foot in all sorts of doors and shortly before arriving I was able to be mentored by David Ellis in directing, going to shoots and being behind the camera.

I learnt the technical terms and ways of working and this allowed me the confidence when I moved to the states to tell bigger stories. It was a few of those bigger stories that led me to Maggie. 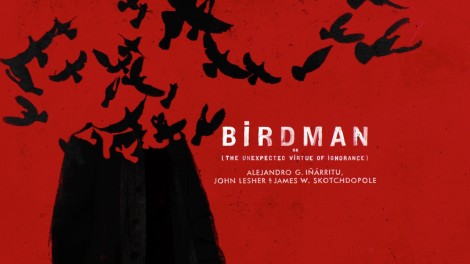 With your feet so firmly in both the graphic design industry and the film industry, where do you see yourself in 10 years’ time, how will you maintain that balance, or do you want to move more definitely into one area?

I love being in both areas! Creatively design allows for a more spontaneous outlet and film is the slow fix, you have to have immense stamina to build and work on films, because they take so long to make! 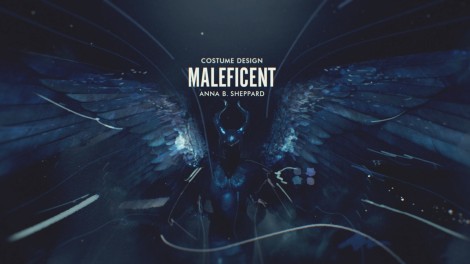 What advice would you give someone graduating from a graphics course this summer?

I left LCC and my website was filled with conceptual thinking and graphic projects, which was an exciting position to be in. However, I soon realised that to get where I wanted to be I needed to tailor my portfolio into a language that design studios could see as applicable; to show proficiency in the core software and subtlety within my designs. My advice would be to keep this exciting conceptual stuff on your websites, but think about sectioning them off to show the different ways you can work.

Find out more about BA (Hons) Graphic and Media Design.

Read Slate.com’s fascinating interview with Henry about his graphic designs for the Oscars.

Read Artofthetitle.com’s interview with behind the scenes pictures of the Oscars graphic design process.