Opening on Saturday 5 April in London is an exhibition inspired by architectural ‘ghosts’ in the London Borough of Croydon and curated by MA Graphic Design alumnus Rob Mowbray.

‘Ghost Town: The Hauntology of Croydon’ celebrates the extraordinary post-war building programme that transformed the town. Croydon was so heavily redeveloped between 1956 and 1972 that for nearly 20 years, virtually nothing else happened. As a result, the concrete office blocks which dominate the area’s skyline also act as eerie memorials to a bygone age.

Much of the work on display at Croydon School of Art’s Parfitt Gallery was produced by Rob himself during his postgraduate research project, with other contributions including a triptych from LCC’s BA (Hons) Graphic and Media Design Course Leader Craig Burston.

The centrepiece of the exhibition is ‘The Sir James Marshall Psychogeographic Memorial: The Hauntological Convergence of Urban Planning, Free Enterprise and Ghosts… in Croydon’, in which Rob attempts to visualise the philosophical concept of hauntology by using Croydon as a case study.

Also on display are works including ‘Craterform’, a deconstruction of a newspaper Rob produced as part of a photographic architectural study, and ‘Looking Up’, taken from a psychogeographic study of Croydon’s high rise buildings using the 1970s picture postcard aesthetic. 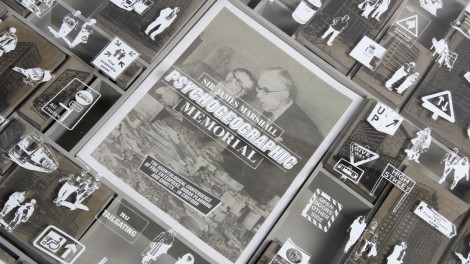 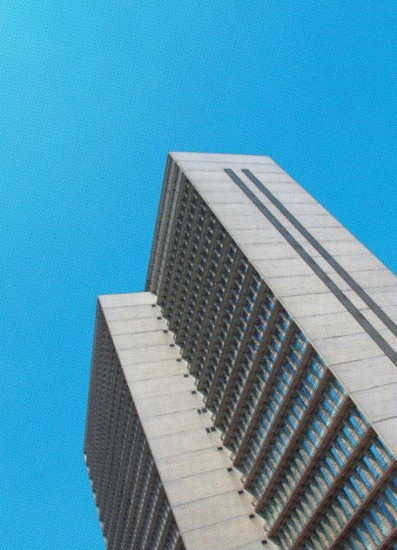