Elephant & Castle festival Elefest is just days away, celebrating the artistic life of the area for the 12th year running with a packed and eclectic programme of events from Thursday 2 – Sunday 5 October 2014.

We caught up with Elefest director and founder – and LCC alumnus – Rob Wray shortly before this year’s preparations went into overdrive to hear about psychogeography, challenging preconceptions, and saying “Let’s just do something!” 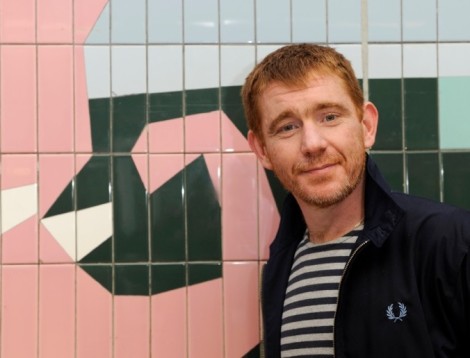 Can you tell us a bit about why and how Elefest was launched?

“The origin of it was way back before the turn of the millennium. There was a lot of talk about regeneration and arts and culture within the Elephant & Castle area, and a voluntary organisation called Neon was trying to influence the regeneration process and make art and culture part of that.

“I first got in touch with Neon while I was studying here [at LCC] in 2000. And because of my background – I was studying Enterprise & Management in the Creative Arts here, doing a diploma course – and because I was running events and festivals, mainly film-based, when I got involved in Neon there was all this talk about creativity and regeneration.

“But I come from the school of thought that says, “Let’s just do something”, create something, otherwise the regeneration process could take 15 years, 20 years, 30 years, and in the meantime your life is over, and nothing’s happened!

“Elefest was established primarily as a film and video festival to showcase local filmmakers, and to show films that were relevant to the local community. But the idea always was to go further than film.

“It was probably my naivety that took me to setting the festival up. And I’m from the area – I’m originally from Walworth, just round the back of East Street. I live in Bermondsey now, so I’ve moved about a mile in 41 years!

“Also, the events and festivals stuff I was doing up until then I was having to do over in east London – in Brick Lane and Shoreditch and Hoxton back in ’98, ’99, because there was no real infrastructure round here to do it.

“So it was a combination of wanting to do something to get involved locally, but also some element of frustration that I was able to do creative work outside of The Elephant, but I couldn’t do anything here where I grew up.” 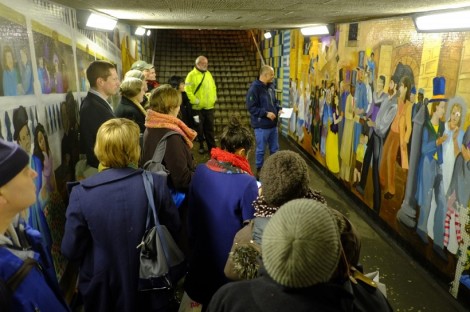 What do you like about working in the area?

“I don’t think there’s anything I like or dislike, it is what it is. I think there was always an issue with people being negative about Walworth and Elephant & Castle. Most people, if I said I was from Walworth, thought I either said Woolwich or I was making a joke about the department store.

“So then you’d say Elephant & Castle to try and give them something to link onto, but obviously back then all they would have heard about was the Ministry of Sound, or the Shopping Centre, or the two roundabouts.

“Elephant & Castle is what it is, but I think it’s probably special because it is on the ancient road down to Kent – The Old Kent Road – so there’s probably been this psychogeography in this area where people have been going somewhere else, to and from this place, for a long while. Which I find fascinating.” The venues for this year’s Elefest

What have been the particular challenges involved with organising Elefest over 12 years?

“The challenges would have been getting people to take it seriously that we were having a festival in Elephant & Castle during the first few years, because it was film- and cinema-related and we didn’t have a functioning cinema in the area. Still don’t. So you said, “We’re having an Elephant & Castle film festival” and most people would laugh.

“So then you could turn that to your advantage and get some publicity out of it because you were challenging people’s perceptions. It is effectively my home so I’ve never felt negative about it. So in that sense you go, “Well, why shouldn’t we?”

“The hardy perennial is usually money, because you’re always trying to do more than you can with the money you have. You can’t create something without having the resources to do it, so you either have to become self-financing  and self-sufficient, or you need to find sponsorship – but as with any money, there are certain associations with that.

“You’re constantly trying to square that circle; how do you keep it reasonably cheap, and how do you get the resources to do it?”

And what’s been the answer to that this year?

“I think the answer’s always the same, we need to become self-financing and self-sufficient, in order to give it longevity, because the developers aren’t going to be here forever.

“There’s also sometimes a bizarre psychology with things that are free, in that people think because it’s free it must be crap. To some sections of the community it’s a free festival, so it should always be that way, but for other people they think if it’s free it’s not worth anything.

“There isn’t really a full-time team all year. We have myself and three or four people, but most of the time that’s condensed within the last month/six weeks, because we don’t have the resources to have people sitting around, and we all have to go and do other work that makes a living.

Can you tell us which events you’re most excited about in the festival line-up this year?

“We’ve got the Maccabees playing a DJ set for the launch night at the Coronet, which is good. It’s quite exciting because they’re making an album in a studio locally, and a filmmaker’s making a film to accompany it about the Elephant & Castle. So because of that kind of connection, it was quite useful to get them to open it.

“So they’re playing and we’ve got a few bands playing that night; we’ve got a Cuban band Friday night, we’ve got a load of stuff at the Cinema Museum, we’ve got the StockMKT – the opening night’s probably the most exciting thing.”

And finally, is there anything that Elefest hasn’t yet achieved that you would like it to in the future?

“I don’t want it to become any longer – I think four days is perfect. At one stage it was running for two weeks and that was crazy – on even less money than we have now. But that was before I got a bit older and had a mortgage and kids! So I don’t think I would want it to get any bigger in that sense.

“It’s got a long, rich history of theatre, music hall, circus; every kind of cultural and creative history is here. Then the Second World War came and the redevelopment came after the war, and all that infrastructure was gone.

“So it’s not like it isn’t possible for that to be reimagined or recreated.”

Absolutely! Many thanks for your time, Rob, and here’s to another fantastic Elefest weekend.