BA (Hons) Sound Arts and Design centres around the creative use of sound, both as an independent and supportive medium.

The course focuses on applying a range of technical and creative skills across new and emerging technologies to produce original pieces of sound for a variety of media and contexts.

In this Course Snapshot, Course Leader Milo Taylor talks us through what’s been happening on the BA (Hons) Sound Arts and Design course since the start of the academic year.

Impey, a first year BA (Hons) Sound Arts and Design student, and one of the UK’s most innovative rising producers, returns with his debut EP, ‘Midnight in Little Havana’, on the critically acclaimed Astral Black imprint.

The release follows his ‘BangClap’ single which comes off the back of two prolific years that have seen the 20 year-old producer crafting soundscapes for viral campaigns for Converse, securing a residency on NTS, creating radio sets alongside Faze Miyake, and having Skepta, Trim, Capo Lee and Rocks FOE commend his instrumentals on sets from Slimzee, DJ Maximum, Kahn & Neek, Murlo and Plastician. 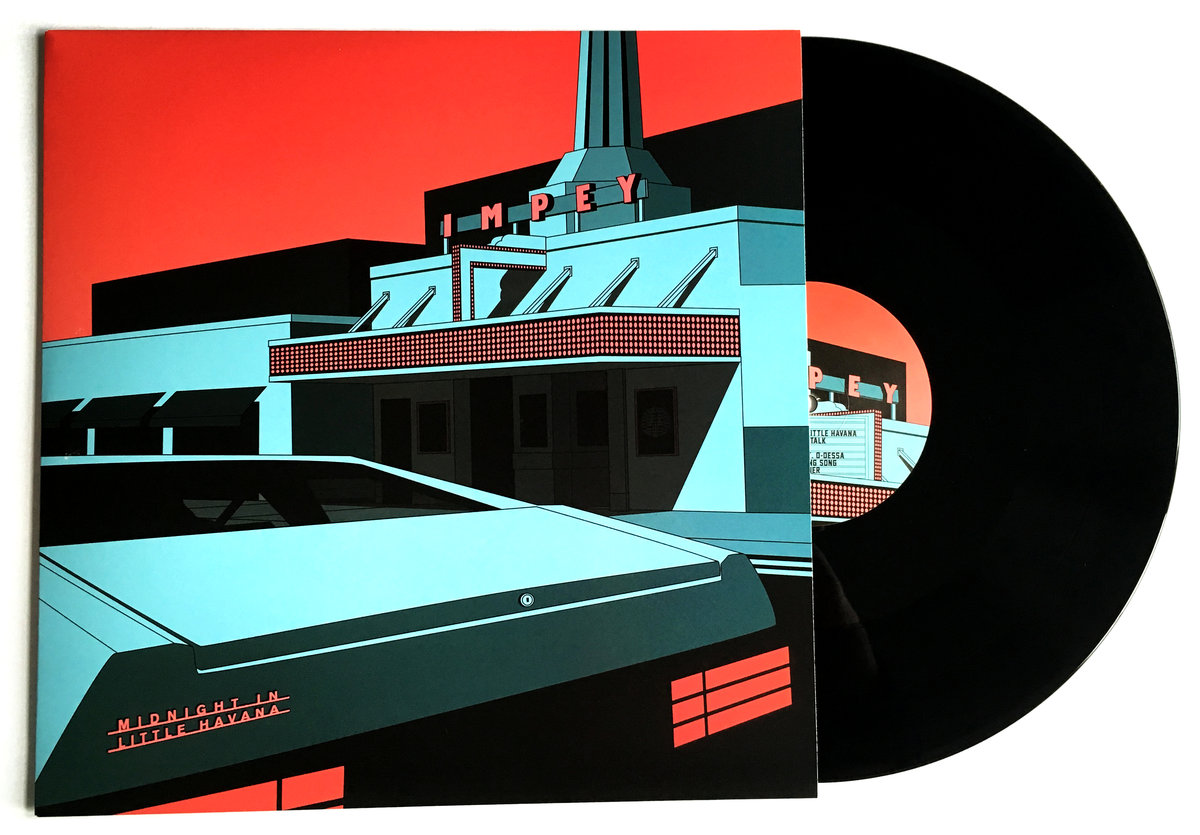 ‘Midnight in Little Havana’ is presented visually with thanks to designer Oscar Whale, with the 12″ vinyl secured in a full colour sleeve depicting an illustration of Miami’s Little Havana strip, as detailed and nuanced as Impey’s productions.

Astrid’s work explores social and emotional collapse through a heady mix of abstract textures, fractured beats, cinematic atmospherics, twisted melodies and off-the-wall vocals. Astrid began writing music when she was just 13 years old. She’s crafted sonic installations for exhibitions and art performances both alone and in collaboration with other artists. She’s made soundtracks and sound design for a number of short films; the most recent of which will be shown at the London Short Film Festival 2017.

Astrid explains “music is a vessel, it diplomatically drives consciousness into reflection. Words seemed to limit this journey,” she continues “but increasingly I felt the urge to narrow my language, and incorporate more violence into music.”

“For me it is vital to speak of the anger and hopes of my generation, and it is now we’re most angry.”

The EP is about tacit conflict and subsequent collapse. Astrid explains “Agnosis means ignorance in Greek, this EP is the first part of a cognitive map of fear, strength, faith, fate, love and hate.”

London based filmmaker and LCC BA (Hons) Film and Television graduate Remi Weekes directed ‘Tickle Monster’, a short produced for Channel 4 by Film 4. His experimental shorts have garnered millions of hits, won awards and have been screened at various exciting galleries and film festivals such as the Guggenheim Museum. Sound recording, editing and sound design for ‘Tickle Monster’ was done by BA (Hons) Sound Arts and Design tutor Tim Harrison and third year students from the course.

The film most recently screened at SXSW Festival 2017 in Austin, Texas.

‘Sanctuary’ is the new EP from the mysterious Ruffien, offering immensely diverse sounds from the caverns of South-East London. Described as hypered house, dungeonesque taped techno, dirty filthy electro and lo-fi dubby IDM, all combined with a delicate grimy touch.

Sound artist, composer and instrumentalist Edwin Hind curated his interpretation of musique concrete at the Deptford X Fringe in Autumn 2016. He performed from behind a veil pulling from his archive of recorded urban and rural sounds interwoven with acoustic guitar, live vocal and spoken word.

Find out more about BA (Hons) Sound Arts and Design.