Sarah Temple, Course Director of LCC’s Diploma in Professional Studies year in industry, led a group of 9 academics and 16 students and graduates in planning an exhibition for the London Design Festival last year, titled S*PARK.

Sarah joins us for a guest blog post and reflects on curating S*PARK, as part of London Design Festival 2017.

Designed to celebrate the opening of new Elephant Park, the largest new park in London for 70 years, the exhibition and the 8 park activations were a co-designed initiative facilitated by the ‘Design for Sustainability & Social Innovation’ research group at London College of Communication.

Our ambition was to explore the ‘Uncertain’ territories and issues around local public space and the new Elephant Park provided an example of a private park which will be ‘publicly’ managed. We wanted to experiment to see how this might work, investigating the potential of green public space to explore eco-social futures and imagination via a series of community and collaborative design interventions and workshops, both in the Elephant Park and at LCC. The exhibition and events concentrated on sensory environmental awareness of nature in the city. 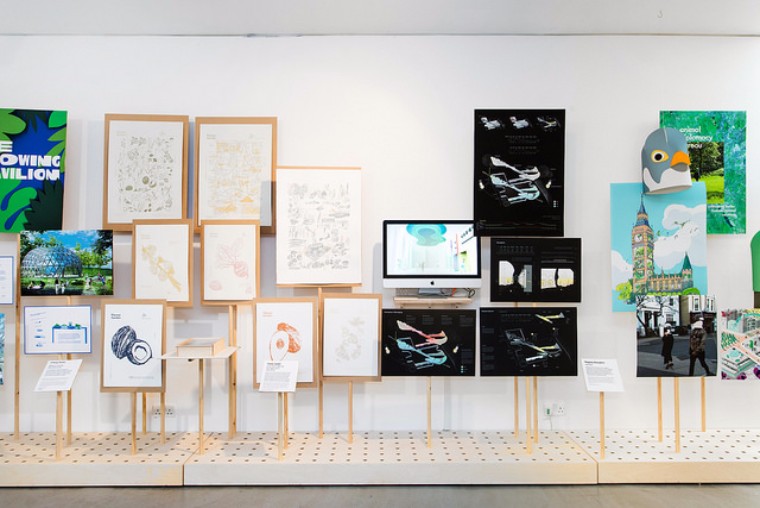 Photograph taken from the S*PARK exhibition

I get lots of derision from my colleagues on my research interests: “Treehugger,” or “Saving the Whale” are common terms of abuse which I take in good sport! It would be more accurate to accuse me of being ‘evangelical’ about the Birds and the Bees in this exhibition.

My father died recently from Parkinson’s Disease which he contracted 25 years ago. It’s a grim debilitating illness and it is probable that he contracted it from agricultural crop spraying in the fields behind our home. Rachel Carson wrote “A Silent Spring” in 1962 warning us of the environmental damage of pollution in urban life. Fifty years later we have learnt nothing. I am not so interested in speculation or design fictions but more in how we have ignored the past. 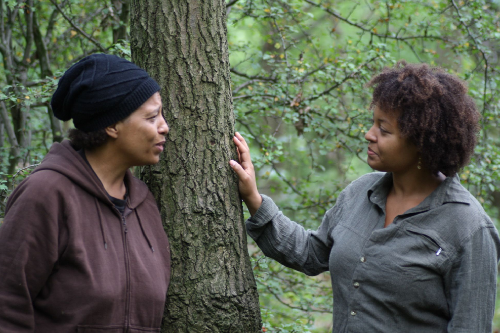 Beth Collier of the Natural Health Service during a participatory session demonstrating the benefit of nature to mental health.

Silent Spring began with a “fable for tomorrow” – a true story using a composite of examples drawn from many communities where pollution caused damage to wildlife, birds, bees, agricultural animals, domestic pets, and even humans. Carson used it as an introduction to a very scientifically complicated and already controversial subject. This “fable” made an indelible impression on readers and was used by critics to charge that Carson was a fiction writer and not a scientist.

I created ‘Dawn Chorus’ for the London Design Festival because I was amazingly moved when I first met Michelle and The Morris Folk Choir and first heard a London choir sing about the wisdom of birds. Dawn Chorus became an intervention, which proposes the value of celebrating the start of the day as a community, addressing social isolation while celebrating nature, attracting 65 passers-by at dawn on a September morning during the London Design Festival.

I was equally delighted to work with street artist ATM (atmstreetart) again, who paints endangered species, using vast urban walls as a stark reminder of the species that once lived in London. He has devoted his life to calling attention to the beauty and importance of living creatures that are so often overlooked in urban life and whose needs are so often ignored.

He aims to inspire a transformation of our towns, cities and countryside by ‘reNaturing’ and ‘reWilding’, which will in turn benefit us all. Mark grew up in a northern mill town, and spent his childhood exploring the moors, steep wooded river valleys and abandoned mills near his home. Spellbound by birdsong and wildlife, those early experiences create the fusion of industrial, urban and nature in his art today. 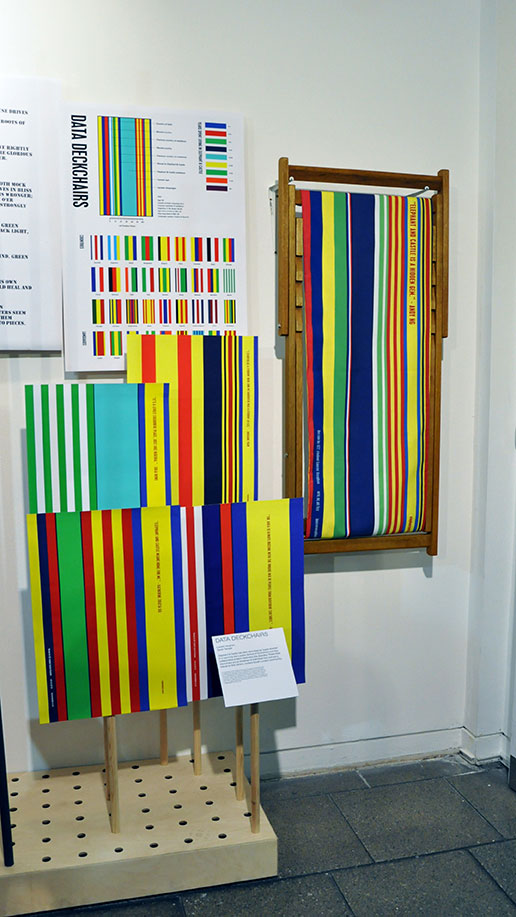 Mark explained: “Wiser counsel is often ignored; we pretend the environmental side effects are not really happening. We see progress on one level, but at a hidden level the opposite is going on. The warning signs are there for those who care to notice in the loss of the profusion of wildlife I knew as a child. It has never been more urgent for humans to connect with nature.” 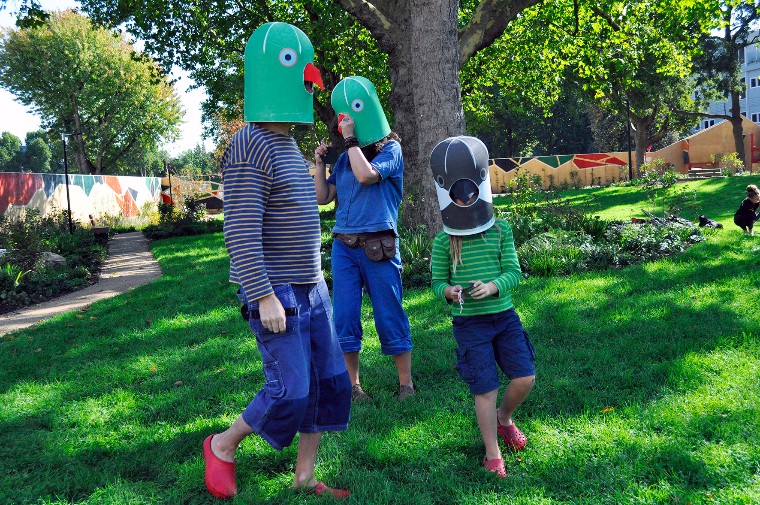 I was delighted to meet design graduate Kaylene Kau as I was planning the exhibition. Kaylene has also developed a playful technique for raising awareness and she agreed to help with park interventions. She said: “As the world continues to urbanize and global systems are nearing a tipping point, we need to begin re-evaluating our relationships with our world, especially with the non-human. Animal Diplomacy Bureau’s mission is to cultivate better Human—Animal Relations through changing the way we think. The Bureau transforms people into London Birds in a series of mixed reality games to get people thinking about animals within our urban landscapes.

“Currently I have evolved 2 games: Birds on the Street, and Birds on the Grass. These games tell the stories of how House Sparrows and Ring-Necked Parakeets have come to live amongst us in London. With the help of a bird hat players become birds and are given the power of Bird Sense. As birds, players navigate through the city by listening and deciphering bird songs. Players, by roleplaying birds, begin to make birds and their urban environments relevant to themselves. Through playful, non-confrontational means the Animal Diplomacy Bureau hopes to change the way think about animals and our relationships to them.” 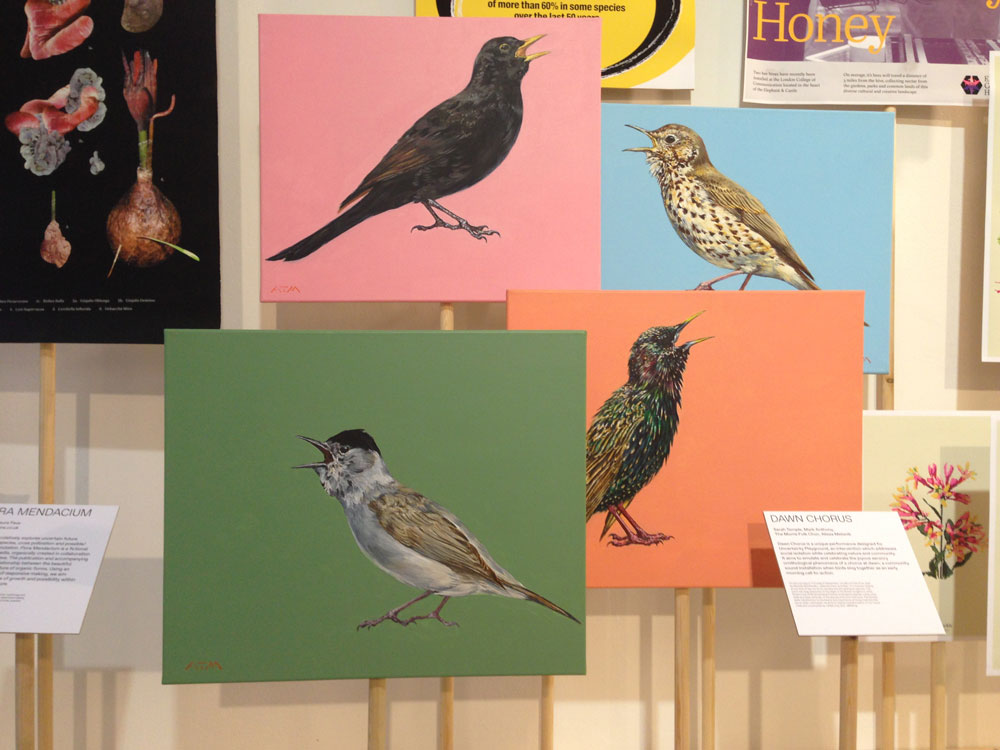 My objective is for my design research to respond to the eco-social challenges of our time and propose environmentally sustainable and socially responsive approaches that enrich human life and human experience – which I have been developing for 6 years now through the portal of the Conscientious Communicators research hub with my partner Tara Hanrahan.