In addition to being handpicked by Channel 4, Lifespan also enjoyed the recognition of Dazed & Confused, where it was released it online for everyone to see.

We caught up with Jessica to tell us more about the work that goes into her films and the process of getting picked by Channel 4 and Dazed. 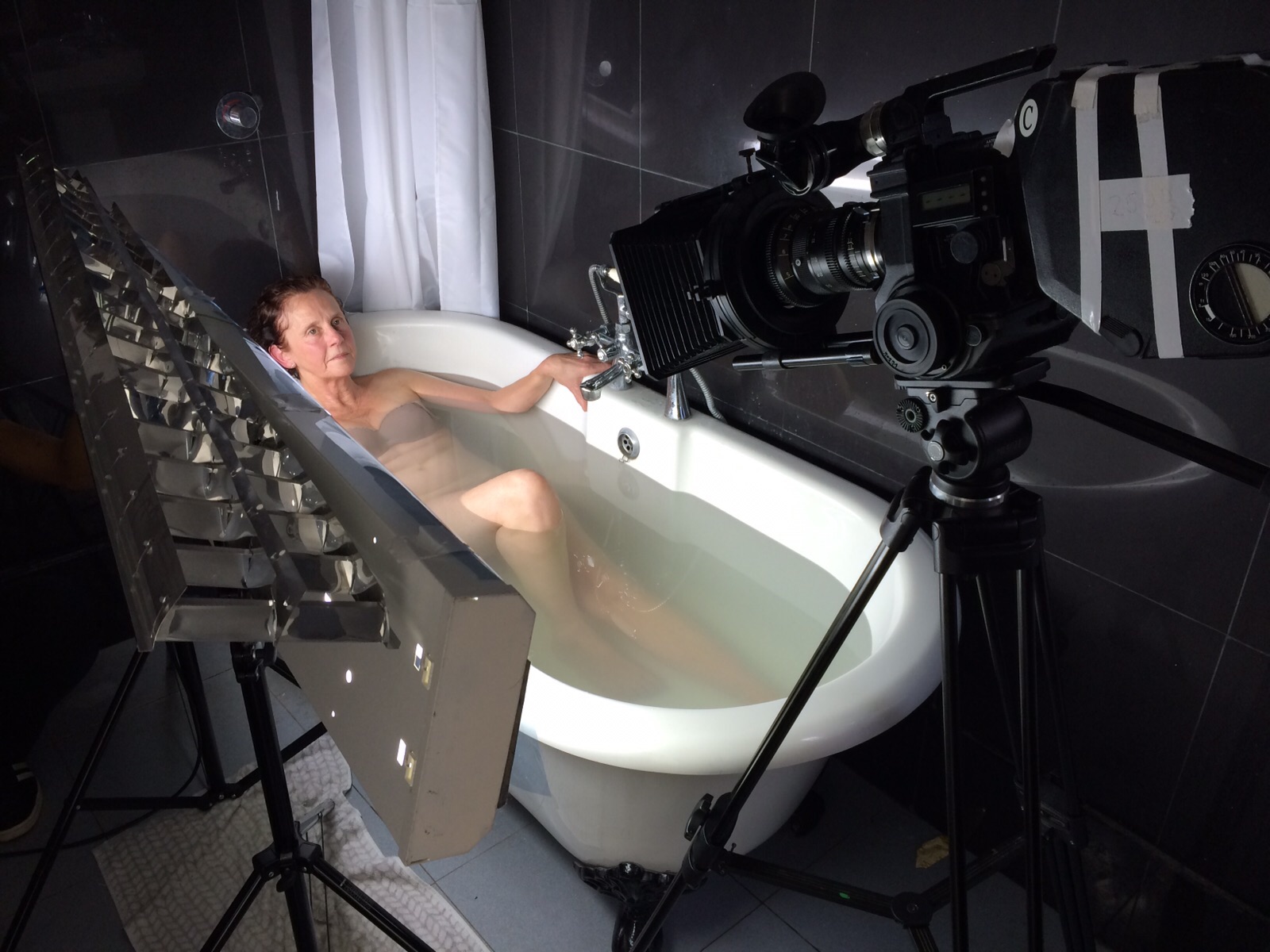 Behind the scenes on the set of Lifespan.

Lifespan deals with an issue that is intimate to each of us, but at the same time important to society as a whole. Where did you get the idea to make a film with such a distinct story?

I’ve always been interested in subjects that can be both personal and impact society at the same time, and also scientific, yet human. We are currently living precarious lives in a time of great change, lives that are potentially incredibly long thanks to our increasing life expectancy.

With my short experimental film, Lifespan, I wanted to explore what happens when average life expectancy reaches 100 – I aimed to question our desire to preserve this life. I looked to architecture and science to form the story and visuals, exploring their social significance and how they relate to people.

Have you worked on projects with people you’ve met at UAL after graduation?

Yes, every project I have completed since university includes at least one person from UAL, whether they are from London College of Communication or Central Saint Martins. To create Lifespan, I collaborated with at least 4 fellow UAL alumni.

I’ve collaborated with BA (Hons) Sound Arts and Design students and other graphic design or moving image students. Recently my short documentary film Platform 1 was awarded a Vimeo Staff Pick; the sound design was done by an LCC graduate, and the music by his talented friend.

Do you feel that LCC has given you the tools to work in a multidisciplinary way?

I definitely think LCC has taught me to work in a multidisciplinary way, whether the world is ready for multidisciplinary designers and makers is another conversation. I think the idea of being ‘T’ shaped is most relevant; having a specialism but being able to collaborate and approach projects from different angles, applying different skills with an overarching understanding of other forms of design and making.

LCC has definitely provided me with a great network. I have talented friends doing amazing creative things who I studied with and it is wonderful to watch them succeed and develop. 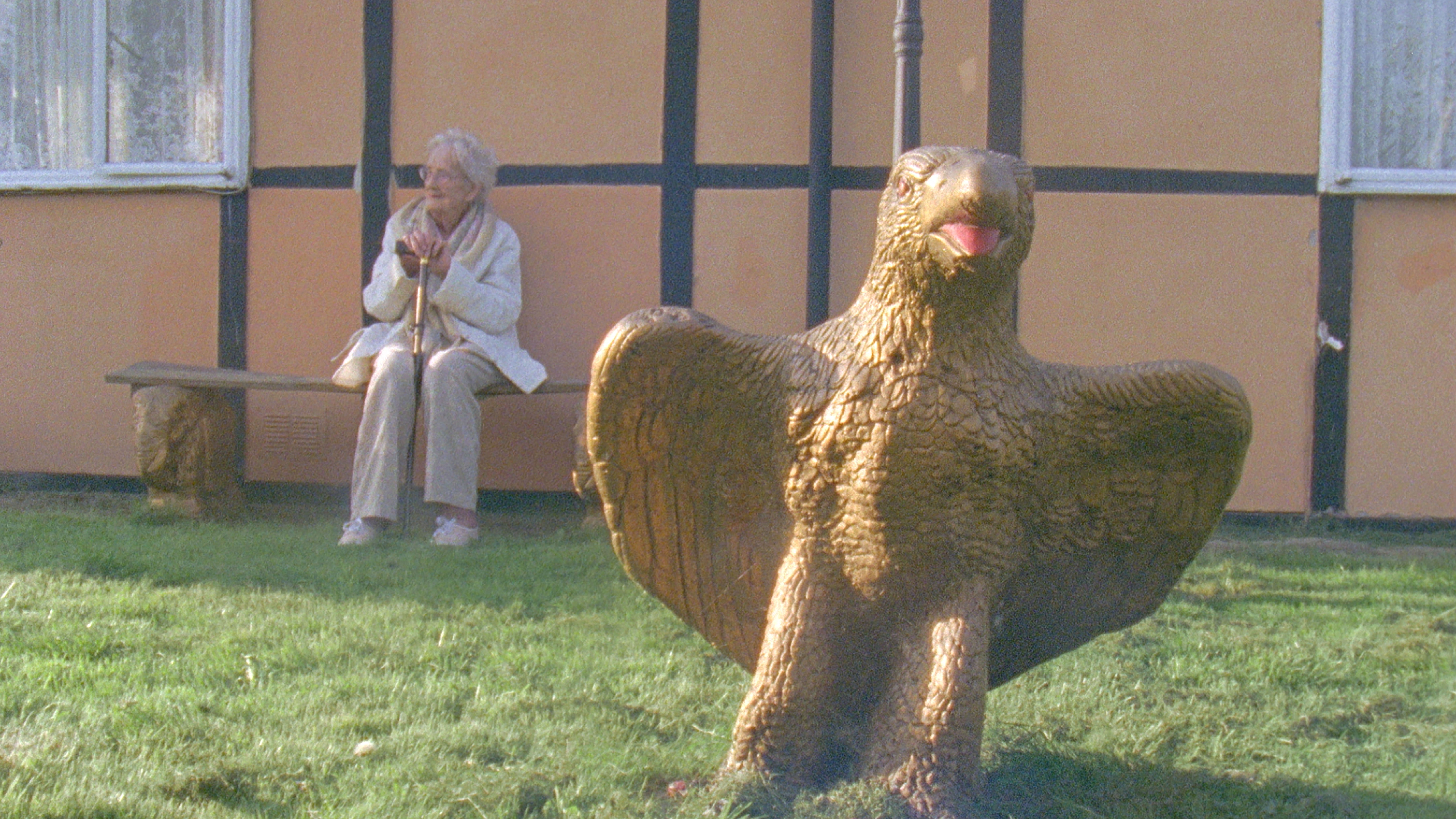 How difficult was it to get picked by Channel 4?

I had an idea and vision of how I wanted to make the film, and I used language and images to communicate this idea simply and clearly in the pitch. The application process in itself was relatively simple; you needed a good film idea and some previous work that showed your skills and creativity.

The difficulty with pitching is that you must maintain a high level of quality in something that may never happen. It is always worth the effort, as even if you don’t get selected this time, then another more relevant open call might come along and you might win that pitch instead. Good ideas are timeless and do not lose value.

How was your experience working with Dazed and Channel 4?

Channel 4 Random Acts and Dazed have a lot in common. Channel 4 has always been ready to take risks with its commissioning in general, and Random Acts is their artistic short film strand. Dazed lends itself to Random Acts, their style enhances the Random Acts experimental films.

Are you working on anything interesting at the moment?

I am currently developing a project in Berlin. It is an interactive web-based game inspired by refugees and created through collaboration with refugees, focusing on integration and removing the refugee label and potential stigma that comes with it. I am also developing several pitches for short films; experimental and documentaries.

Jessica will be running a filmmaking workshop on Thursday 22 September, 10am-2pm, as part of LCC’s programme of free events for London Design Festival.