Following a successful open call application and a screening at the BFI, graduates of LCC’s MA Documentary Film course have had their short film broadcast on BBC Four.

Gareth Johnson, Jill Damatac Futter and Hanna Aqvilin collaborated on ‘In Other Words‘, a 10-minute film documenting the lives of three young poets who have found a way of coping with their mental health issues through spoken word poetry.

Partnering with Poetic Unity, an organisation encouraging young people to deal with issues through poetry, the filmmakers were briefed to create ‘unique interpretations of British life’, as part of the ‘Listen to Britain 2017‘ collection, and received awards of up to £5,000 to aid their visions.

“In one sense it is about mental health but what really interested us about the story was how these three young people had found a community in which they could listen to others and be heard. Poetry seemed to make this possible, in a way which wouldn’t be possible in their everyday lives. This seemed important to us in a contemporary Britain which is, in many ways, divided,” Gareth explained.

Hi guys, well done on ‘Listen to Britain – In Other Words’. How does it feel to have collaborated with the BBC?

Gareth: It was a very positive experience. I think the production company who were managing the project gave us more of a free rein than would be normal for a broadcast television piece, but we learned a lot about the processes and compliance involved in working with such a large organisation. Overall, they were fairly hands off but there to support us should we need it. 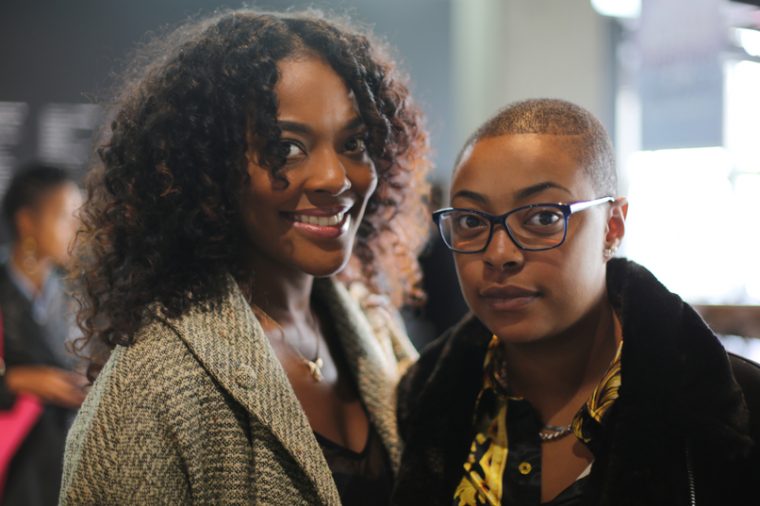 Naomi McClean and Lucrecia Augustin, both from Poetic Unity, at the BFI screening

Hanna: When Gareth asked if I wanted to be involved in a project for the BBC, I knew I couldn’t turn this opportunity down. The project is a milestone in my career, and I’m proud of our small team and the documentary we made together. The documentary idea itself was well thought out from the very beginning; Gareth had built a rapport with the young people in the film and we decided early in the production that we wanted to infuse their poetic writing together with their painful past.

“LCC gave me the practical skills, the ability to think and reflect on the film making process as well as a network of colleagues who I could approach to help with the different areas of production.” – Gareth Johnson

It was a collaboration from the start where everyone, including contributors, could pitch in ideas and share opinions. The film crew was small, with Gareth as the director and the driving force behind the project, and [LCC graduate] Jill Damatac Futter as Director of Photography, who had a clear picture of how she wanted to frame it. We also had the opportunity to work with a talented composer and an experienced sound recordist to enhance the film to its fullest potential – a big treat when you usually work as a self-shooting filmmaker.

Gareth: I first heard about the opportunity to pitch film ideas responding to the film ‘Listen to Britain’ (1942) through an email group of alumni from LCC. I had begun working on developing a project with a group of spoken word artists from an organisation named ‘Poetic Unity’ and thought that this would be a perfect fit. We were shortlisted to pitch to a panel at the BFI and were very happy when our project was one of those selected.

What was the process of creating this film?

Gareth: We had a very short time frame in which to make the film so organisation and teamwork were key to delivering on time and on the money. Fortunately we had a great team, both production crew and contributors, who collaborated effectively and worked together to overcome the inevitable challenges that come with any project.

What were your roles in working on this film and what did that involve?

Hanna: I worked closely with Gareth to ensure that we delivered all paperwork and files to the BBC on time, and that the project met all expected requirements. I worked with Silvermouse, an online platform BBC uses to handle production reporting and workflow of media metadata from commissioned productions, to upload press images, synopsis, copyright forms, contracts and other paperwork. Besides handling all practicalities on set, such as making sure we have signed release forms and location permissions, I also operated as a second camera and assisted in the editing suite.

How did your course prepare you for such a role?

Gareth: It gave me the practical skills, the ability to think and reflect on the filmmaking process as well as a network of colleagues who I could approach to help with the different areas of production. These include both former students from LCC’s MA Documentary Film course and staff members who I have kept in touch with since graduating. 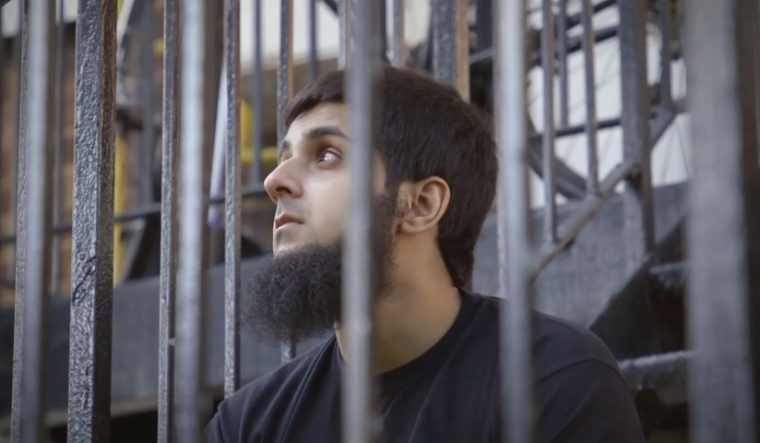 What are you currently working on and what’s next for you?

Gareth: I’m currently working on a music video and on the development of several longer documentary projects, as well as a range of commercial projects to pay the bills. I like to keep lots of plates spinning at the same time.

What has been the most challenging aspect of this journey?

Gareth: The short time frame for production and the fact that the crew and contributors also had other projects booked in for the same time period. I also enjoyed this aspect of the project as sometimes it can be productive to be pushed and challenged.

What has been the highlight of this opportunity?

Gareth: It was great to see our film screened on the large screen at the National Film Theatre. I’ve always had a strong interest in film and have seen many films there so it’s a location that has a personal significance to me.