Watch their Own-It film on Vimeo

The live brief carried a cash prize for the winner and asked entrants to create an informative animation of less than three minutes about copyright myths, to be used in official materials and on the Own-It website. 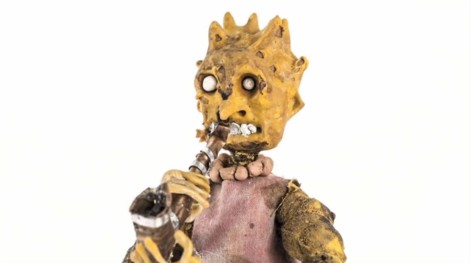 Still from Own-It film by Will Horne and Kristiana Kancheva, 2015.

Will and Kristiana took inspiration from the style of 1970s and 80s cartoons for their film, which features tongue-in-cheek characters deliberately derived from Mr Men, The Simpsons and Spongebob Squarepants.

The film debunks the myth that making small changes to an established copyrighted creation and presenting the result as a unique work is not an infringement of copyright.

“Instead of choosing the well-trodden path of “myths = mythological concepts/legends”, i.e. the Minotaur etc. I pitched a more experimental idea, which still fitted the brief and played off ‘bootleg’ versions of characters like Lisa Simpson and Spongebob Squarepants. The 80s aesthetic led off this as we adapted a ‘Little Miss’ character and it seemed to fall into place based on her context.” 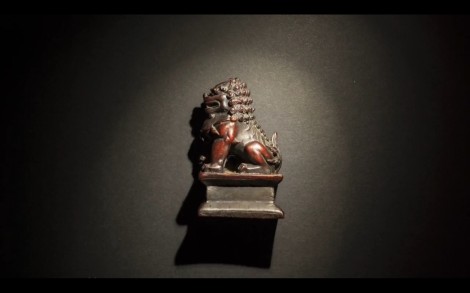 Both Kristiana and Will also took part recently in a project with the Horniman Museum, in which students in their year of the course produced animations to be played at the museum’s Chinese New Year ‘Late’ event. 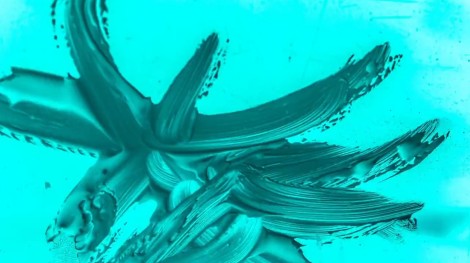 Each of the 20 student films shown on the night was 15 seconds long and reflected Chinese New Year traditions and contemporary culture.