Mario Radev and Chiara Sgatti’s animated film [O] imitates nature in its manner of operation – depicting cycles in a world entirely based on sound frequency and vibration. Bringing the idea to fruition in their third year of study at LCC, Mario and Chiara chose to continue working on [O] after graduating and had their efforts rewarded, by receiving selections at a number of film festivals across the globe. Mario and Chiara – who also worked with LCC BA (Hons) Sound Arts & Design graduate Toni Quiroga – both attended the world-renowned festival in September, accompanied by partners, friends, parents and tutors.

Mario explained: “The main inspiration behind [O], for me, was understanding how much humans are neglecting the planet we live on. This is where the research on sound as a free source of energy started. Everything else that followed up was to observe our relationship with plants and animals in a particular region and incorporated social science.” 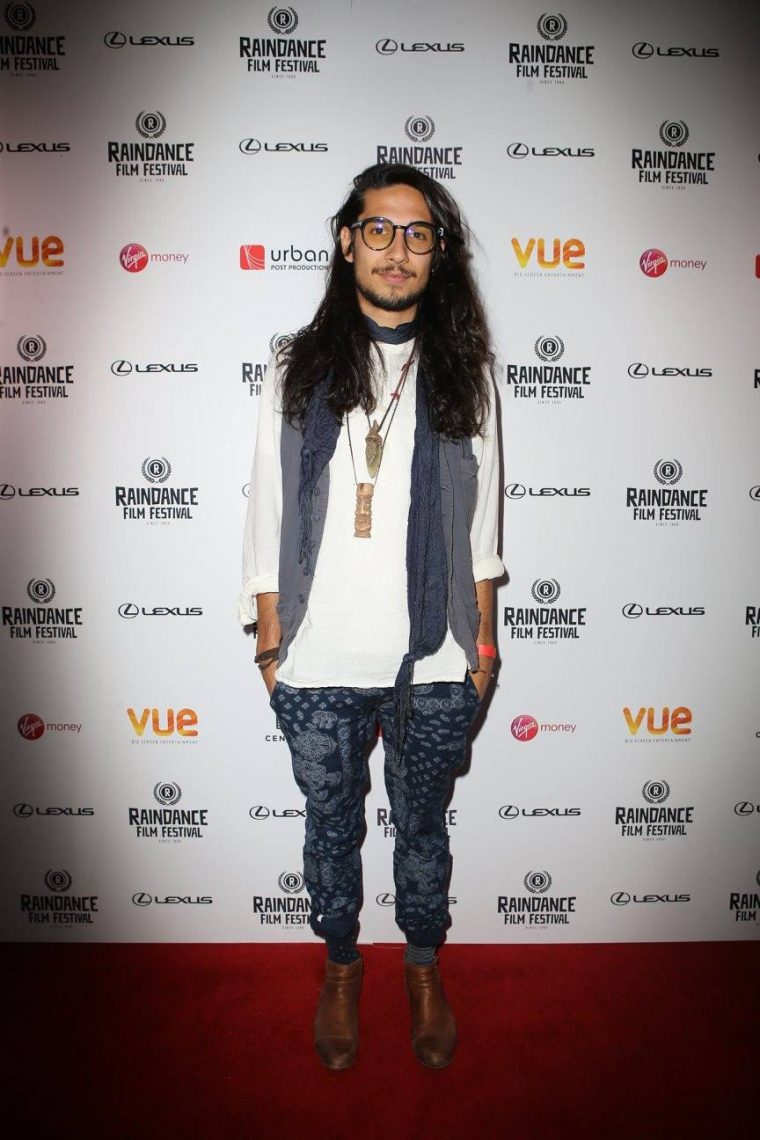 Hi Mario, great to hear about the film screening at the Raindance Film Festival. How does it feel?

It is absolutely incredible! Being selected in such a prestigious festival justifies all the hard work. The festival was great, it was very cool to see the film at the VUE cinema in Leicester Square. The parties of the festival were very fancy and we definitely had a great time! There were 2 screenings of the film. I met a lot of amazing filmmakers and producers from all around the place.

Why did you choose to make a film on sound frequency and vibration?

I’ve been working with Chiara since the day we met, so during the summer before starting our third year of university we met for a coffee and pitched 3 ideas each for a graduation film. One of them was an idea that I worked on for a while, based on Michael Tellinger’s research on the use of ancient technology of sound.

“Having an animation shortlisted with Chiara for a Paperchase competition in our first year was very unexpected and rewarding. It was great to be a part of something at such an early stage of the course and our career.” – Mario Radev

I wanted to take his theories even further and ask the question: How would a world function if there is no spoken language? Many of Earth’s animals and creatures have mastered the use of sound frequencies and vibration to a point where they can communicate, hunt, eat, move around, levitate and sustain the world they live in. 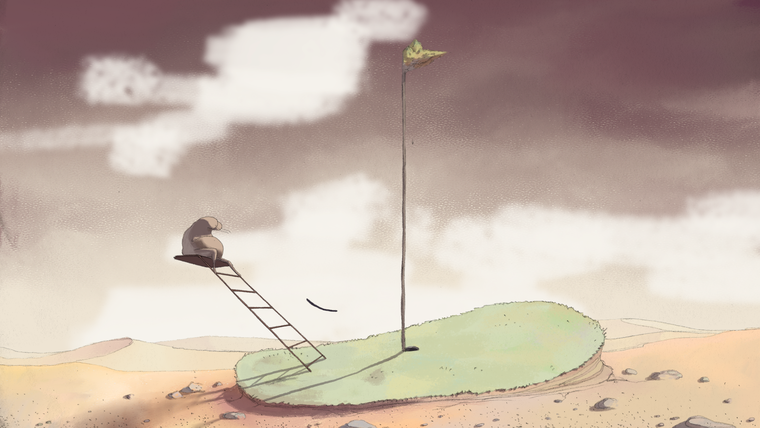 This has all been supported by existing material. For example, I took an experiment on acoustic levitation, by Dr. David Deak, and exaggerated it by creating characters with two throats sticking out. This feature provides them with two sources of sound frequencies, which when directed, can create acoustic levitation at their crossing point. Therefore, these characters can manipulate everything around them, just as bats use sonar to navigate. Luckily, Chiara resonated with this idea of the film and we started developing it together.​

Most of all, I hope that viewers find their own interpretations and discover something important about themselves.

How difficult was it to put together a film with a budget of £30?

We spent £30 on fake hair, charcoal and paper. This meant very long hours of hard work in our dark rooms. I am sure it would have been much more difficult had we not been so passionate and enthusiastic about the film. [O] is a very complex piece that kept us excited throughout the whole production. We just loved it!

What are you currently working on and what will come next?

I am currently working with a sound artist, Lutfi Othman, who is also a graduate from LCC’s BA (Hons) Sounds Arts and Design course. We met through a collaborative project between the Animation and Sound students, and we remained in a close relationship ever since.

The project we are working on is called Points of Entelechy. It’s a performance -based audio visual improvisation, where I produce drawing and animation in a dialogue with Lutfi’s improvised loop-based compositions. We have a few performances coming up in London and Bulgaria so far and we are planning to continue developing it.

Aside from that, I am working on a script for a new film and preparing animated sequences for a theatre set design, happening in my hometown: Veliko Turnovo, Bulgaria on 3 November.

What has been the highlight of your time on BA (Hons) Animation at LCC?

The whole experience was great! I feel so privileged to know the amazing team of staff, and this itself has been a highlight. Having an animation shortlisted with Chiara for a Paperchase competition in our first year was very unexpected and rewarding. It was great to be a part of something at such an early stage of the course and our career.

What advice would you give to other filmmakers inspired by what you have achieved? 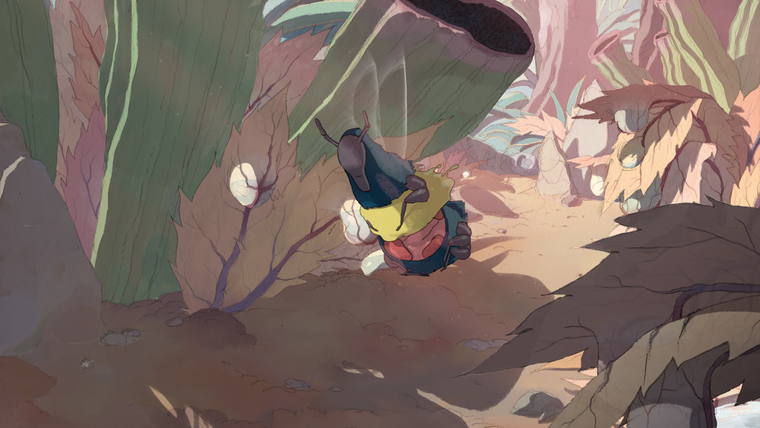 What else are you up to?

[O] just got selected in the 15th London Short Film Festival, which is happening in January 2018 as well as a few more festivals around Europe recently. It got screened at Ars Independent Festival at Katowice in Poland and we got amazing feedback. We received a  nice short review and got mentioned in few places as one of the films that deserved the animation award. Unfortunately we didn’t win the competition but hearing all of these responses is definitely an amazing award!

This month I am returning to LCC for an improvised audio-visual performance with Lutfi Othman, another LCC graduate. We are presenting our project ‘Points of Entelechy’ to the 3rd year students of the BA (Hons) Animation course. It is connected to a workshop that i am going to be delivering in October.

In 10 years’ time I want to… have a watermelon.

The best visiting speaker at LCC was… Oliver Harrison’s visit was very motivating and got me thinking seriously about making a feature animation.

The full list of film festival selections for [O] in 2017 includes:

Check out other work by Mario on his website.