UAL students, alongside artists and campaigners from beyond the University, have collaborated on a special edition of Artefact magazine for Green Week 2016, during which the College is also hosting the WILD: ReNaturing the City symposium. The magazine is available across UAL sites from Monday 8 February.

Wilderness is often associated with a jungle-like scene of either coniferous trees or vibrant green palm leaves. However, to be wild can also mean to be out of control, extreme or uncultivated. In this special edition of Artefact we explore the multiple definitions of wild and the possibility of bringing wilderness back into the city and on a larger scale, the world.

Wild is often used to describe situations as out of control – imagine unkempt vines, climbing and engulfing an abandoned country home. However, this edition of Artefact suggests that Rewilding a city is not an abandonment, but a liberating, empowering possibility for human beings. Nature is a gift, especially in the city – raw, untamed, unpredictable, exciting. A city full of really wild places would be great for our health and mental wellbeing.

A reintroduction of more species of plants and animals would allow Nature to manage with more wisdom than human city management has ever achieved. As human beings we are part of Nature, and our city planning must take this into consideration. We cannot exclude wilderness. To take humans out of nature we’d first have to take the Nature out of humans. 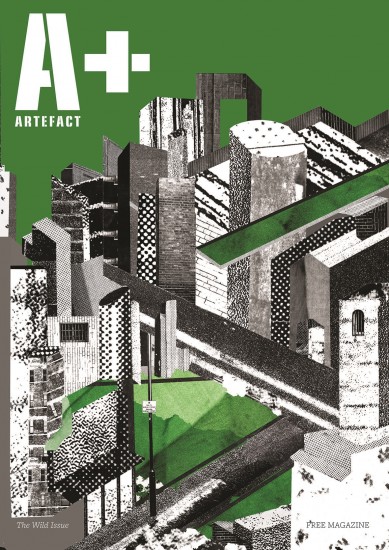 In an effort to battle climate change at home, Joshua Potter and Jasper Wilkins provide information on how Londoners can go green. Joshua gives a practical guide to going green, from recycling to e-cleaning for the complacent out there. Jasper Wilkins discusses the benefits environmentally and individually of going vegan.

We explore the wilderness of certain relationships with our university, the areas around us and the creative industry. The BP funds trickling into the Tate Galleries has become a cause for concern; Jazmin Turner talks about Liberate Tate, a collective of artists on a mission to crush the squalid relationship between art and the oil company.

David Cross sheds light on UAL’s relationship with the Royal Bank of Scotland, self-branded as the ‘Oil and Gas Bank’, and Richard Reynolds discusses the damaging effects of Elephant & Castle’s regeneration. We look at how these relationships can unconsciously stifle our ability as city-dwellers and creatives to be environmentally friendly.

Vesa Puosi and Penelope Sonder talk to artists on a mission to provoke a change in our environment. Penelope discusses green graffiti and how art and design can be an influential way to educate and promote sustainable lifestyles. Vesa talks to LCC lecturer Lewis Bush whose latest exhibition Metropole explores gentrification throughout London, essentially ridding London of its wilderness.

We look at the entrepreneurs exploring innovative ways of changing our city or the world as a whole for the better. Barbara Lanzafame and Fabiana de Giorgio explore the realm of sustainable farming methods such as underwater farming by the Ocean Reef Project. These techniques are created in an attempt to correct destructive farming techniques that could land us in a food crisis by 2050.

Read about the WILD: ReNaturing the City symposium