London College of Communication hosted ‘Art, advocacy and political responsibility: A conversation with artist David Birkin‘, Maya Foa, Director of the Human Rights organisation Reprieve, and co-founder and filmmaker Paul Hamann, to discuss the intersection of art, advocacy, and activism.

David Birkin previewed his short silent film ‘Charade‘, made for Reprieve’s current campaign, which uses gesture to highlight government secrecy and censorship, and exhibited his latest photographic series ‘Midnight Blue’ – cyanotype prints, (a photographic printing process that produces a cyan-blue print), exposed from negatives Hamann took at the Mississippi State Penitentiary in 1987. The discussion extended to the visualisation of capital punishment in the US and the politics of aesthetics.

Reprieve is a Human Rights NGO set up to ‘provide free legal and investigative support to some of the world’s most vulnerable people: those facing execution, and those victimised by states’ abusive counter-terror policies’.

David Birkin is an artist whose work reflects on the depictions of war and the language and legal frameworks that underpin it. His previous work has included a collaboration with the courtroom sketch artist in Guantanamo, an extract of a CIA document in skywriting above Manhattan, and a photo archive image from Kabul. Maya Foa is the Director of Reprieve who has worked against execution by lethal injection, helped defence attorneys argue the case against clients’ execution and has exposed the implications of European support for counter-narcotics programmes.

Paul Hamann is one of the founders of Reprieve and its Chair for the first 10 years. Paul received the BFI’s Grierson Award for ‘Fourteen Days in May’, the powerful documentary about the execution of an innocent man, Edward Earl Johnson, on Mississippi’s death row.

The discussion opened with the Course Leader for MA Photojournalism and Documentary Photography, Max Houghton, welcoming visitors to the event held on Thursday 15 March.

David Birkin previewed his latest art video campaign, ‘Charade’, which involves actors and artists – including Benedict Cumberbatch, Rebecca Hall, Charlotte Gainsbourg, Trevor Paglen, Peter Kennard, and Martha Rosler – who mime the crimes that British spies may be authorised to commit in the name of the public.

The video was made in response to the UK Prime Minister issuing a secret directive allowing British intelligence agencies to engage in illegal activities. The order, known as the ‘Third Direction’, was first issued in 2014 and signed off again by Theresa May in 2017. There was a great deal of public speculation about what the secret directive was, and so Reprieve channeled this idea in their latest campaign video, ‘Charade’.

“I asked over 50 actors, performance artists and barristers, and people for whom performance is a part of their profession, to mime to the camera what they thought the secret directive might be”, explained David. “This is completely gestural and non-verbal. We hoped that, with everyone speculating on the worst possible scenario, it would push the government to the point where they felt it was in their interest to disclose what the directive was.”

The UK government were forced to reveal the secret directive after the seven month legal battle with Reprieve and Privacy International to disclose their activities.

David also exhibited his recent work, titled the ‘Midnight Blue’, a collection of cyanotype images relating to the execution of Edward Earl Johnson. The photographs were first taken in 1987 by Paul Hamann for his documentary film, ‘Fourteen Days in May’, following Edward’s final fourteen days before execution. Edward Earl Johnson was executed in a Mississippi gas chamber using the same cyanide used by Nazis during the Holocaust. 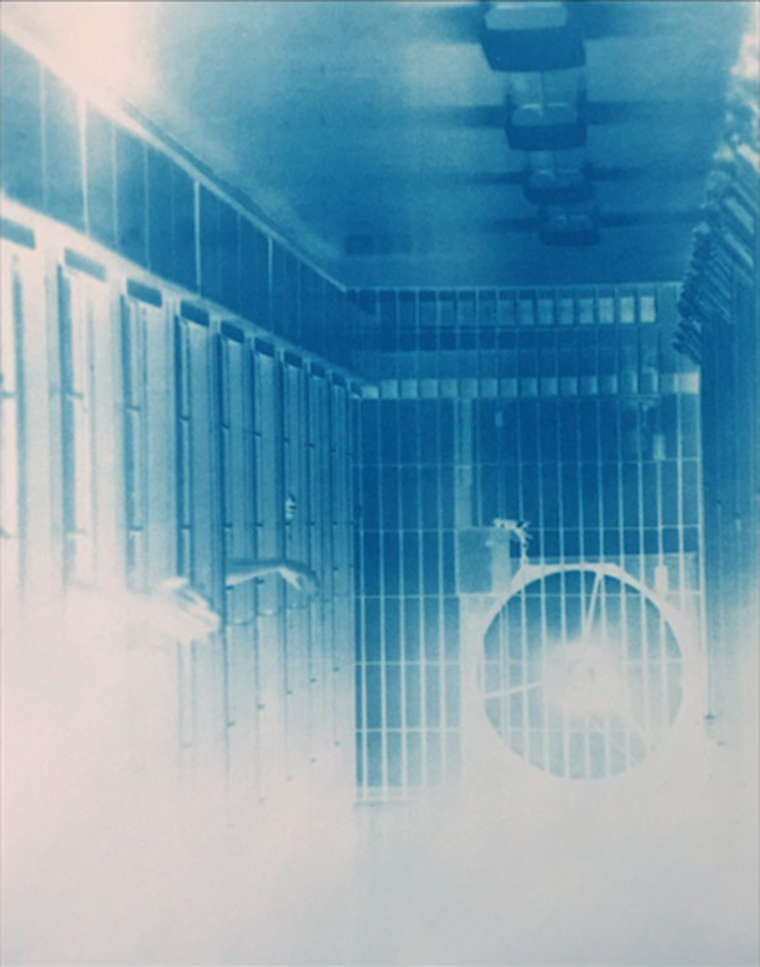 David said: “I kept returning to that thought and watched the documentary a few times before it occurred to me that during the pre-digital era most documentary film makers brought a camera to take some stills. Paul allowed me to use his negatives so I started to look through them, make contact prints and revisited the idea of making a series of cyanotypes that would reflect the architecture, framework and system of persecution.”

“I’m a fan of David’s work and follow him on Instagram. This event was a great opportunity to hear directly from him and learn about the field I hope to work in.” — Monica Orpik, 20, BA (Hons) Photography student.

David took the 35mm film negatives, exposed them to coating paper with a cyanotype chemical solution, known also as sun prints, to create the ‘Midnight Blue’ series. In one cyanotype image viewers can see inside a gas chamber where executions are performed using hydrogen cyanide, the chemical structure of which is the same as what painters refer to as ‘Prussian blue’, also used by architects for ‘blue prints’, from where the name is derived. 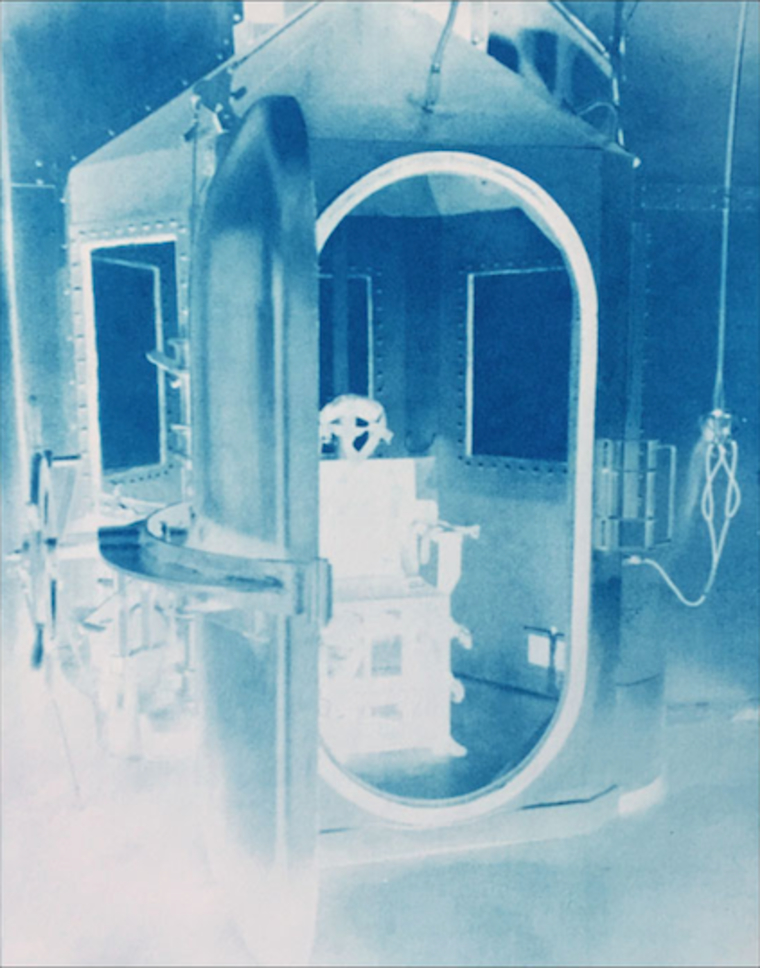 Maya spoke about the importance of cross industry collaborations to tackle the abuses that Reprieve fight; from secret prisons to government attempts to keep their activities secret. Maya told us: “You need to find a way to communicate to the public that this is happening.

“I can do that through a legal challenge but it is not realistic to expect members of the public to read through all the documents, so it is important for us to capture the imagination of audiences by thinking outside of the box”.

“To be able to have 50 performers communicate to the public has far more reach and impact than anything Reprieve could publish on its website. Ultimately, it is our job to expose the reality of what they doing in the best way we can.”

A clip from the video campaign Reprieve worked on with Yasiin Bey (aka Mos Def) was then shown, in which he is force fed under standard Guantánamo Bay procedure. The video was watched over 7 million times and creatively bypasses censorship through the use of an actor to share the powerful message.

Maya added: “In a general sense, there is a space between art, advertising and activism which is fertile and something I would like to further exploit”.

The event concluded with a Q&A session, moderated by Max Houghton, followed by a drinks reception.