MA Animation students recently presented a screening of 8 short animated films made in collaboration with the Wellcome Library and Institute of Contemporary Music Performance.

With ‘imagining the body’ as the brief, the animators were inspired by material from the Wellcome Library Collection, and brought to life their own responses through the language of animation.

The Wellcome Trust was set up in 1936 to manage the wealth left behind by Henry Wellcome, a prominent 19th and 20th century pharmaceutical entrepreneur. The trust supports biomedical projects and manages the Wellcome Collection – a museum in London showcasing a large collection of books, paintings and objects collected by Henry Wellcome which document the historical development of medicine worldwide.

The Institute of Contemporary Music Performance is a private, specialist music education institution. Set up in 1986, it’s been at the heart of the music industry ever since, teaching the world’s leading musicians, producers and songwriters.

MA Animation students were invited to create visually engaging short video animations using collection material from the Wellcome Library exploring the topic of ‘imagining the body’. As part of the brief, students considered:

The animated films were screened on the 24 January 2017 at the Wellcome Trust and introduced to the audience by Angela Saward, Curator of Moving Image and Sound, Richard Strange from the Institute of Contemporary Music Performance and LCC’s MA Animation course leader, Kim Noce. 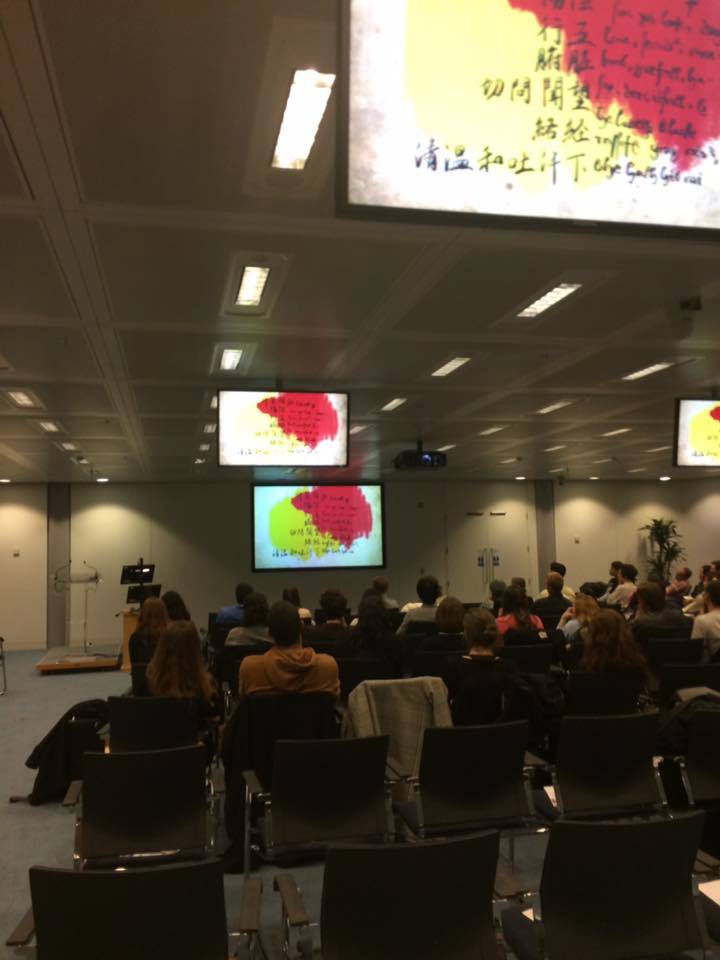 Rosa’s film was awarded ‘Best Film’ by a panel of 15 members of staff from the Wellcome Trust.

Covering the period between the 1860s and 1967, the piece is a reflection of women’s changing roles in society, as many became involved in sports and physical exercise. Rosa aimed to maintain an aesthetic that could remind us of the past and the images reproduced in the Sport Manuals for Girls from the early 19th century. The music also drives us through the different periods of time.

Focusing on the connection between the heart, mind and body, the piece explores this question through the story of a man with a cage head. Having been born into this world as blank pages, it’s up to all of us to find our way in the maze of life. With its slow pace and poetic style of animation, the music compliments the work.

Yulan Sun – Forest in the body

Yulan’s film won the audience vote at the screening.

This animation explores the relationship between soul, blood and body. It was inspired by the book Blood, the Paramount Humour and stills from the Wellcome Library. In the animation, abstract concepts reveal a colorful and vibrant environment in organs and bodies. The aim of the animation is to help people find immeasurable healing in their mind and body.

The piece sets out to explore autism through the everyday life of a girl and her grandmother. Living with autism, representing by a glass bottle, it can be hard for others to understand how to deal with the condition. Making autism approachable and easily understood was the main aim of the project.

Yue’s film was awarded ‘Best Theme for the Brief’ by a panel of 15 members of staff from the Wellcome Trust.

Yue’s film explores the different ways medicine has developed in the East and West, looking at ancient Chinese and Roman understandings of Lifeblood (Chi and Humorism). The piece contrasts the 2 approaches, and draws similarities between them. The music combines influences from old Chinese and Greek music.

Linking the gut to the mind, the animation explores research connecting the human gut bacterial flora to our general wellbeing. Following the journey of an apple being digested, it showcases the invisible and yet-to-be discovered connections within us.

The main aim for the motion infographic animation Dancing Brain is to demonstrate and visualise  the relationships between brain functions and our daily lives. With its eclectic, 80s look and feel, the piece has a retro-futuristic edge to it, perfectly rounded out by the music and text.

Imagine a future where humans have frog legs, ailments are cured with a touch of a button and hearts are transplanted in minutes. Yuhan’s piece sets out to explore what medicine might look like in the future, using references from the Wellcome Library. Combined with the music, the piece reminds us of the positive future ahead.