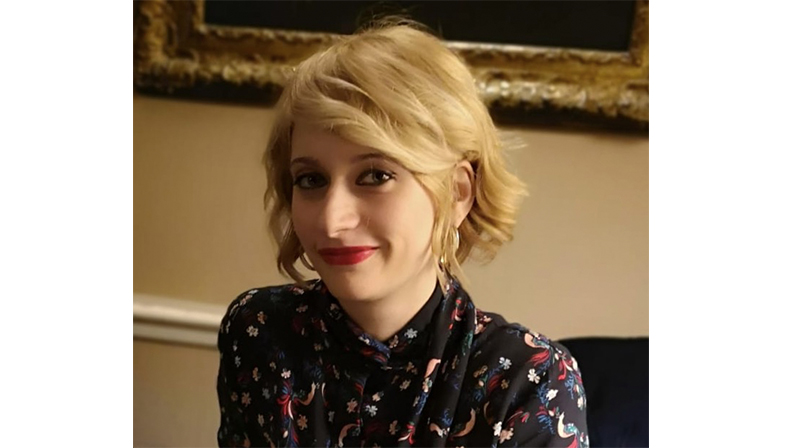 What inspired you to study BA (Hons) Media Communications?

When I moved to London, I wasn’t sure about who I wanted to become. I always knew I wanted to work in a creative environment within the media industry. I wanted to understand how the industry works and how you transform an idea into images and sound.

It was important for me to learn the theory, to study the past and try to forecast the future. At the same time, I wanted to turn my knowledge into practice.

After reading the course details, I knew immediately that BA (Hons) Media Communications was going to be the best choice for me. Each module was a step towards the final picture.

Can you tell us a little bit about some of the projects you worked on throughout the course?

For my Major Project, I decided to do a practical dissertation. My written work was accompanied by an 8 minute short film called A Pig in a Cage on Antibiotics. The film portrays the feeling of alienation of the postmodern age. Norma, the protagonist, struggles to find her space in the city of London. She epitomises every member of society: the cage represents modern life and the antibiotics represent the ceaseless feeling of alienation.

After graduating, I wanted to bring the film to the next level so I submitted it to several film festivals. I was nominated Best Director under 25 at the Underwire Festival, the UK’s largest film festival celebrating female talent. The film was also selected for Shorts on Tap and London Independent Film Festival.

My dissertation summarises my university journey and why it has been highly important in my career. The theme of my dissertation film influenced all the other film that produced later on. I am still reading and using it for my research on my upcoming projects. It has been a source of inspiration along with my everyday life experiences. I like to gain and share knowledge with other individuals, taking long walks, going to exhibitions, talks and gigs.

What have been some of the challenges you’ve faced?

The biggest challenge I faced while studying was how to survive in one of the most expensive cities in the world, get a job that pays enough to get by and continue pursuing my dreams. It took a lot of energy from me, but it helped me to develop as an individual. I was working in a theatre and as a Student Ambassador for UAL while pursuing my degree.

The language barrier was another obstacle. I am Italian and English is not my mother tongue, but studying helped to increase my vocabulary, confidence and it changed my mindset.

Since graduating I have had the opportunity to work in the film industry. I started networking a lot and engaged with as many people as possible. A friend of mine messaged asking me if I was available for a job. This led to me starting a job as a translator, then I became a concept artist’s assistant and a Visual Effects Coordinator.

I learnt directly from great filmmakers like Ridley Scott and Armando Iannucci, when I had the opportunity to watch and interact with them while working in post-production.

For the past year and a half, I have worked as an Editorial Assistant on Tim Burton’s upcoming Disney remake of Dumbo. While learning editing practices, I assisted the Academy Award-nominated editor Chris Lebenzon and his team.

I also continue writing, directing and editing my personal projects.

What do you hope to achieve with your work?

More and more, film making has become my greatest passion and over time I hope to get credibility as an individual and as an artist. I would like to inspire others with my personality and my work. My university choice has been an important step in helping me to reach this stage.

I can definitely say that BA (Hons) Media Communications gave me the tools needed to become a better filmmaker and a better individual.