For four weeks, Brazilian performance artist Elen Braga has been in residence at Central Saint Martins

Braga had never worked collaboratively with groups before. Her residency, run in partnership with Sesc São Paulo, was therefore not simply bringing an artist into the College but also challenging her practice as well, a two-way conversation.

Emphasising the cross-disciplinary traditions of Brazilian visual arts culture, Braga worked with students from both Fine Art and Performance Design and Practice. Crucially, throughout the series of workshops and performances, Braga’s role was not one of teacher but instead of collaborator:

How can you interest a group of people in your idea? You need to listen, to balance the conversation.

Focused on exploring boundaries, from a spatial edge to a physical capability, Braga was interested in asking a group to go beyond their own body’s limits. “What happens when you apply one rule to a group of people,” she asks, ”things emerge that are different – I want to see the difference between me and you.” Her workshops focused on simple movements of the body such as jumping or reaching. However the actions were approached like a dialogue – performed, filmed, watched, discussed and repeated. 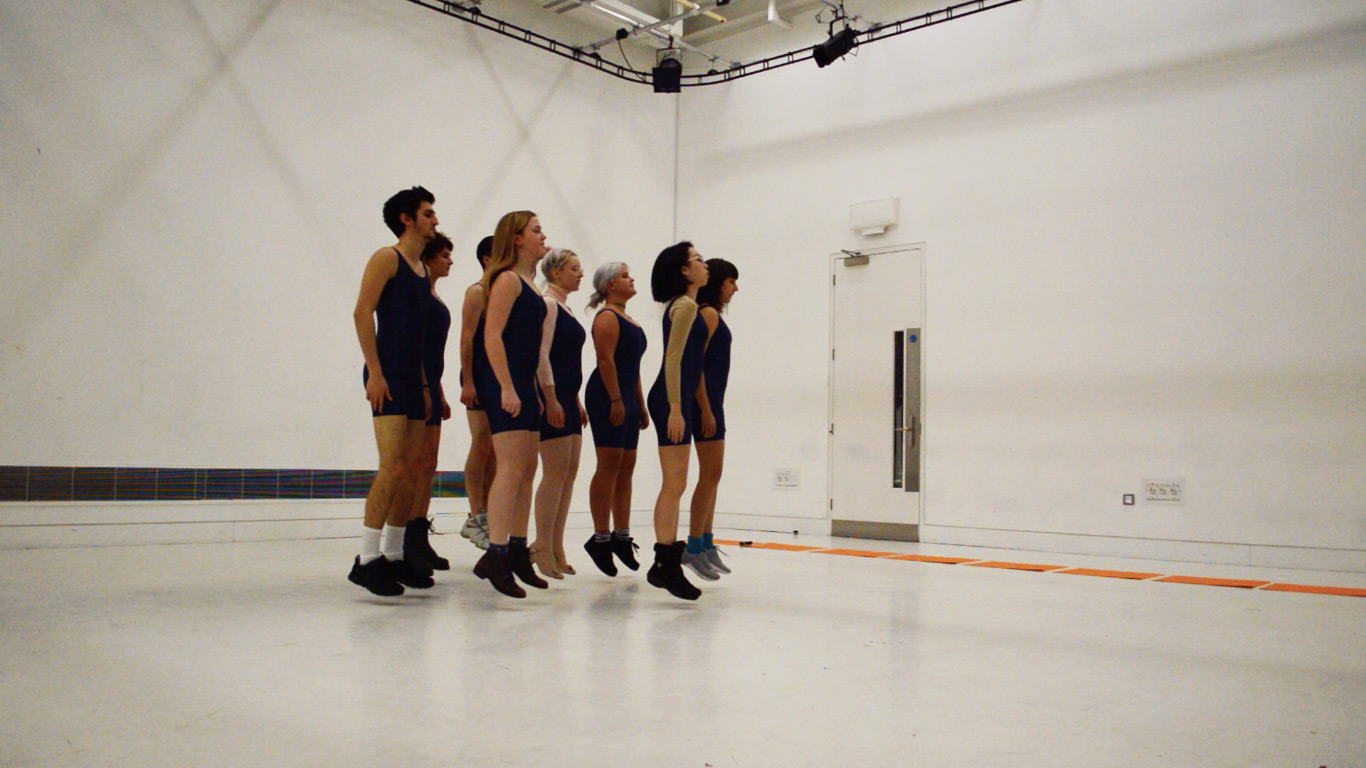 Their abstract nature combined with repetition, the performances take on a almost absurdist tone, something which the artist isn’t afraid: “I like to create that duality that you don’t know if it’s funny or its dark. I like doubt.” Braga’s participants often sport a uniform of short leotards and swimming caps.

Braga became a fixture around the King’s Cross building. Ensuring a sense of openness and accessibility, the artist would often spend afternoons talking with students. Questions ran the gamut from the life of an artist to the work of Marina Abramović as well as a few that caused Braga a moment’s reflection:

Something happened when I arrived here. A student said ‘why don’t you change? You are free to change everything’. And I realised that that’s true and so let’s change.

Though the majority of action has taken place within the King’s Cross building, Braga took a group of students on a day trip to Land’s End. Focused on the power of limits of physical space, Land’s End was the perfect place for Braga to work. Arriving on the cliff’s edge to look out to the horizon in the direction of her home country, she was met by a blanket of fog. “This is interesting… this wall of white. You can have all of this process, but sometimes you get a wall in your face. Let’s open the space to the possibility of image, a new image. It made me think of [a] green screen.” 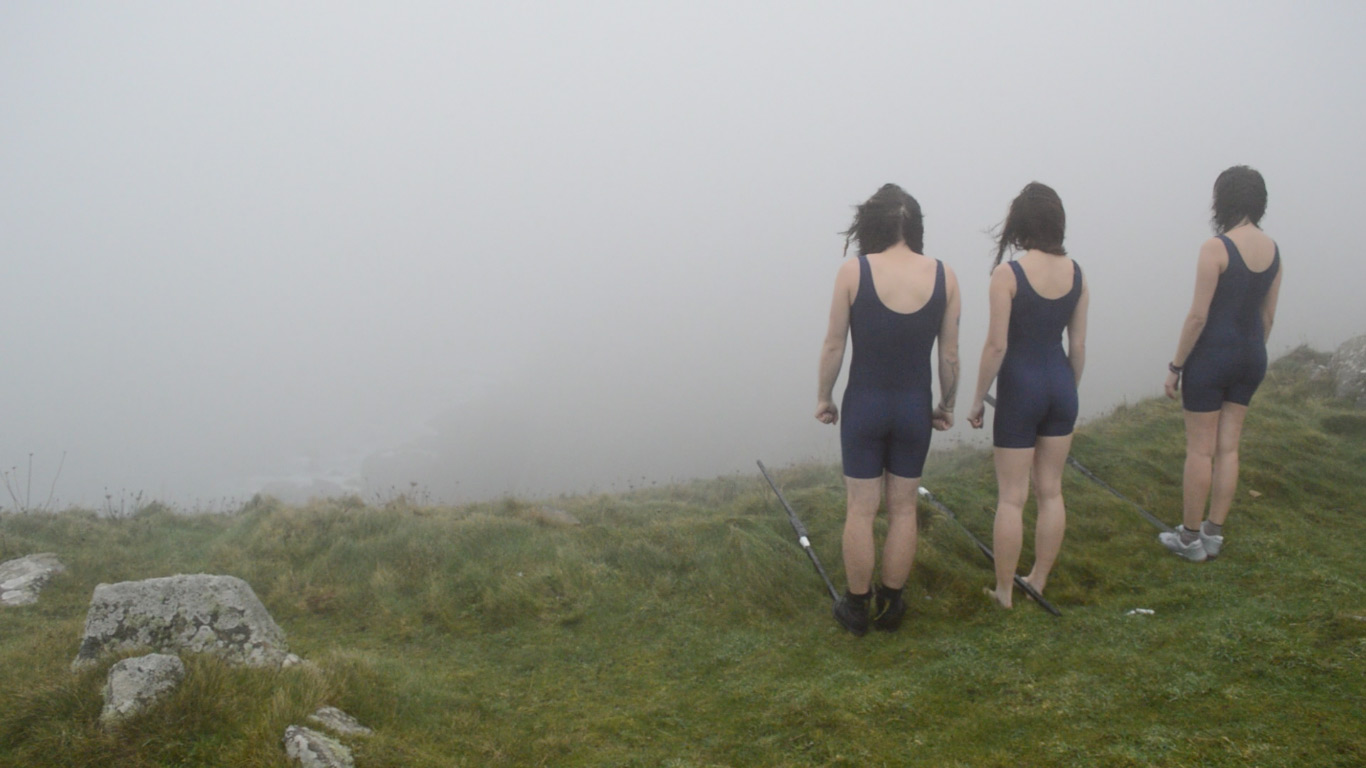 Inspired by this trip upon her return to the College, Braga constructed her largest work within the residency. Thirty short platforms were built out of a painted-green wall in the central space of the College called the Street. Each platform was given a number as though waiting for a beginning of a race. Participants were then asked to stand on a platform, facing the wall, for as long a length of time as they wanted. Braga herself stood for 31 minutes and though most had stepped down there were two who took part for over two hours. As the performance went on, passers-by took to platforms to join in allowing the piece to create a life of its own.

Participants were confronted with the green wall, inches away from their faces. As time passed, their minds possibly placing an image in its place as an analogue green screen. 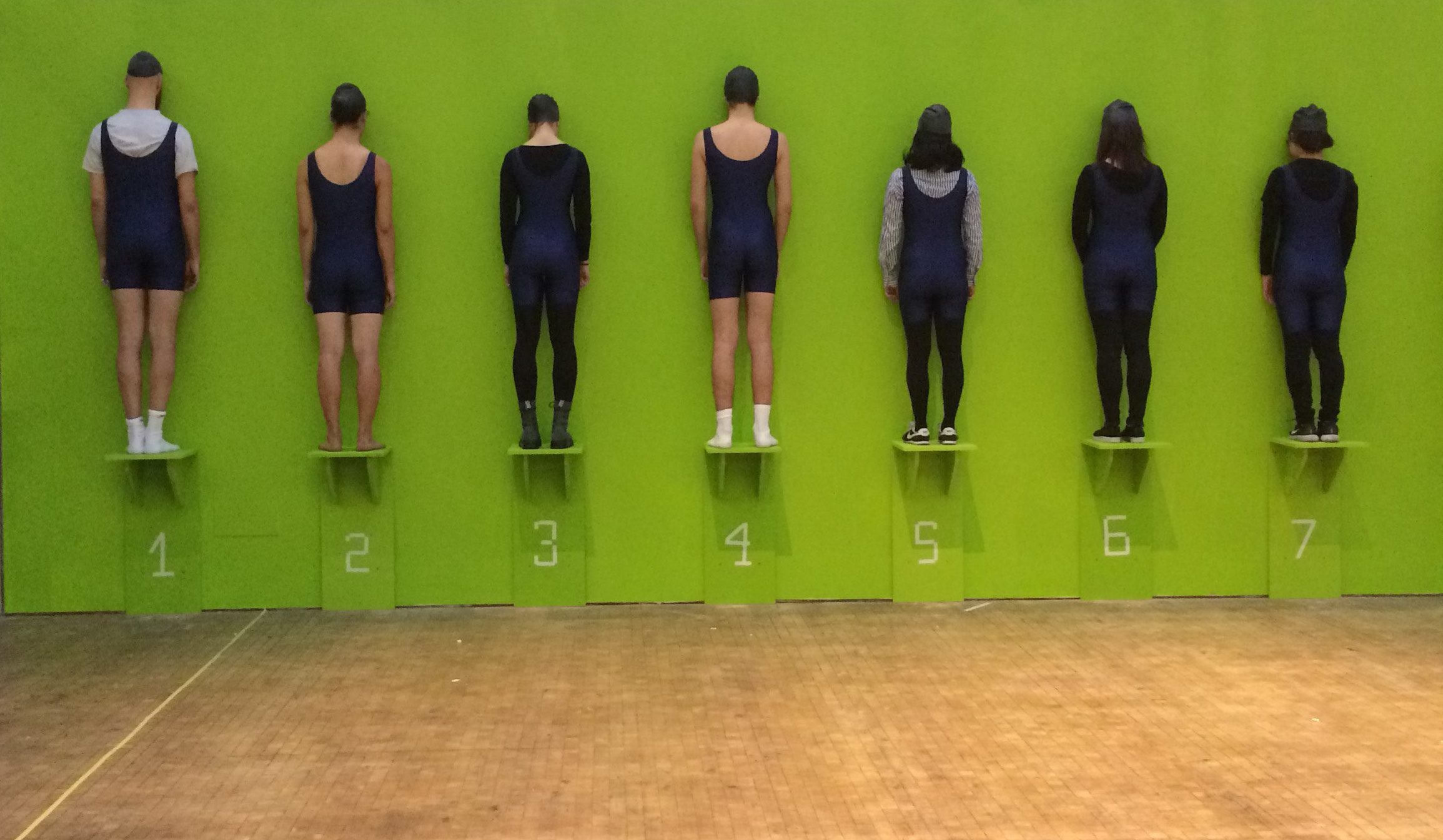 Braga now returns to Brazil to work on her counterpart performance piece at Sesc São Paulo. Not only did her residency at King’s Cross provoke international dialogue between practitioners, but now the conversation continues across two spaces on different continents.