“When we launched Creative Unions in the spring of 2017, it was in the context of a very particular political, social and cultural landscape – while the implications of Brexit were just being realised and Trump had only just been elected. Creative Unions was posited not so much as a rebuttal to these toxic forces but as a potential release, operating under the simple premise that creativity must operate across all forms of boundaries. Since our first exhibition as part of London Design Festival five years ago, and even more so with the inauguration of Creative Unions, we as a College have turned outwards, showcasing the energy and agency of art and design within societal conditions.” – Jeremy Till, Head of Central Saint Martins 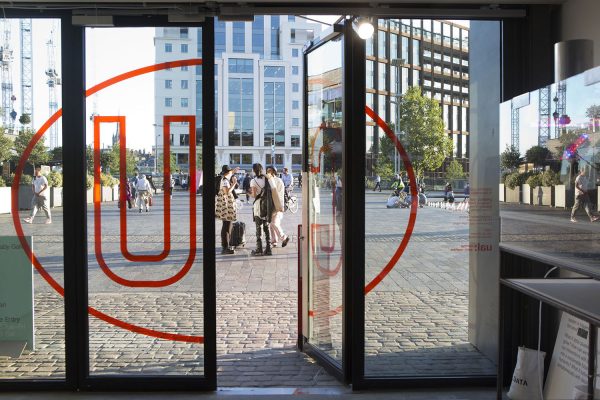 Creative Unions showcases the work of 2018’s graduating Central Saint Martins students. Now in its second year, the exhibition demonstrates the ways in which our students continue to address our socio-political climate, illustrating how design can become an active agent in the dissolution of boundaries. The exhibited projects were selected from Degree Show Two: Design – nominated by Course Leaders for their ability to showcase the power of design to further public debate. The exhibition is part of London Design Festival – an annual, London-wide festival which promotes the city’s creativity, drawing in the country’s greatest thinkers, practitioners, retailers and educators to deliver an unmissable celebration of design. 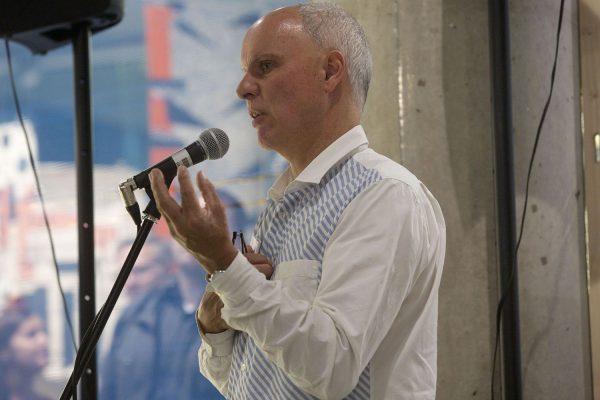 At the Private View of Creative Unions yesterday evening, Head of College Jeremy Till introduced the show by emphasising the necessity of connection, of working against xenophobia and ‘post-everything tendencies’: ‘What has happened since we launched Creative Unions in 2017 has, in a way, made it even more urgent as a project. The battle lines are now drawn up even more. Even truth is thrown to the winds of various political forces…what we need to do as an institution is to assert the value of design, of evidence, of research and of culture as a transformative force within these very difficult political and social times.’

The 53 works in the exhibition are split across six curatorial themes: Shared Territories, Making Public, Material Identities, New Histories, Designing Resilience and Coded Intimacy. Each encompassing a wide range of disciplines, these categories bring to the fore recurrent themes in the work of our recent graduates. Some of the work in the exhibition is deeply personal, as our students’ very identities are challenged by the politics and economics of the world. Some works are overtly political, countering the often invisible, bureaucratic systems which determine our daily experiences, and many turn to the strength of cooperation, collaboration and community in place of isolationism. From jewellery to graphic design and fashion to architecture, the projects in Creative Unions demonstrate the urgent, innovative ways our graduates are employing design to surface key issues in these agitated times.

“If the work seems serious then you should take it seriously because what is happening in the outside world is very serious. If it looks irreverent that is because our students are using a sense of disturbance to undermine the pomposity of what’s going on around us.” – Jeremy Till

Keep an eye on our Stories for in-depth articles and interviews with our exhibiting graduates.