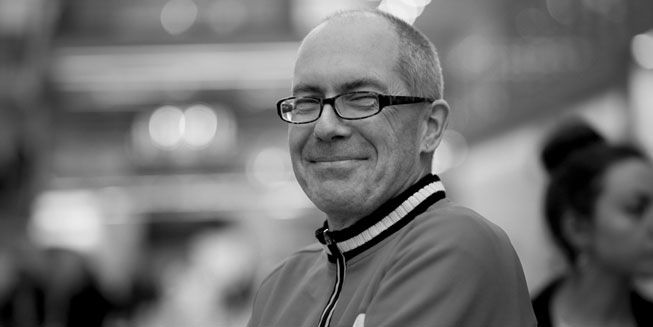 I gained a BA in Graphic Design (1985), an MA in Communication Arts and Design (1987) at the RCA, and became a Fellow of the Higher Education Academy (2002). I have worked freelance since then for publishers such as Penguin Books, Phaidon, and Thames and Hudson; arts organisations such as Matt’s Gallery; and on the recent memorial to the 7 July 2005 bombings.

In addition to design work, I am a contributor to Eye magazine and other journals and have written four books: 'Type and typography' with Andrew Haslam (Laurence King 2002); 'Signs, lettering in the environment' with Catherine Dixon (Laurence King 2003); 'Penguin by design, a cover story 1935–2005' (Allen Lane 2005); and 'Puffin by design, 70 years of imagination' (Allen Lane 2010).

I began teaching on the course in 1988 and became Subject Leader for Typography in 1991. I also supervise a number of PhD students at the University and am currently External Examiner at Napier University. With Catherine Dixon, I curate the Central Lettering Record, part of the college’s Museum and Contemporary Collection.