Emil is a designer who works with design and typography in a context of socio-political structures.

Emil's projects are more than just an exploration of visual form. He focuses on contextual use of graphic design as an investigation in fields such as internet identity, digital surveillance and language. He uses typography and code as a tool for manifestation of his ideas through online and physical installations or performances.

His artworks have been commissioned and exhibited internationally, and featured in numerous magazines such as Wired, Le Monde and It’s Nice That. Emil is a recent Central Saint Martins MA Communication Design graduate. 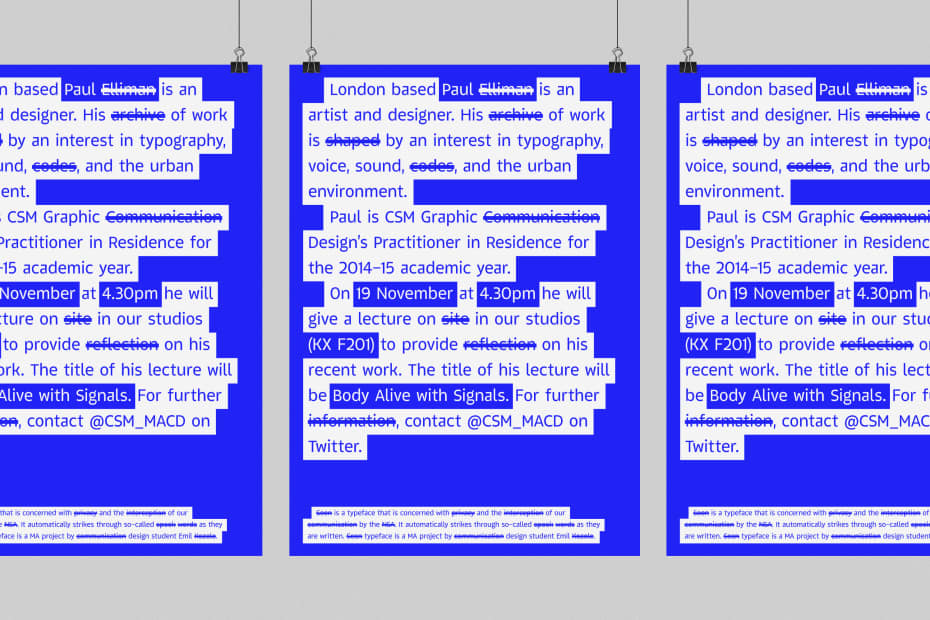