We take a glimpse at an upcoming exhibition celebrating the life and work of our late friend and colleague, the photographer Dave Hendley.

Jamaican popular music, in all its many guises, and photography have been the only two consistent passions of my life. If I were to be allowed only one of these indulgences I think my obsession with reggae has the upper hand.”

Working as a tutor in our Graphic Communication Design Programme, Hendley was an educator but also a respected reggae photographer, label owner, journalist, and DJ. Prior to his death earlier this year, Dave was working on a book and exhibition of his photography of reggae music’s golden age between 1977 and 1979 when he made several trips to Kingston, Jamaica. Gary Wallis, Andrea Lioy and Val Palmer have brought this exhibition, Rebel Music, into fruition curating a collection of photographs alongside recollections. Here, in honour of Hendley’s penchant for compilations, we bring image, music, his own words and some memories from his friend and writer Noel Hawks, together in one mixtape. “Here in England Alimantado became quite a cult artist with a devoted following snapping up anything on his ‘Vital Food’ and ‘Ital Sounds’ labels… whatever fights him down he just gets up again and tries harder.”

The ‘ital surgeon’, pictured here at the entrance to his Roots & Roots Shoe House at 129 Orange Street, became internationally famous with the release of his ‘Best Dressed Chicken In Town’ album. Dave was instrumental in facilitating its UK release and his photographs were used on the reverse of the record sleeve. 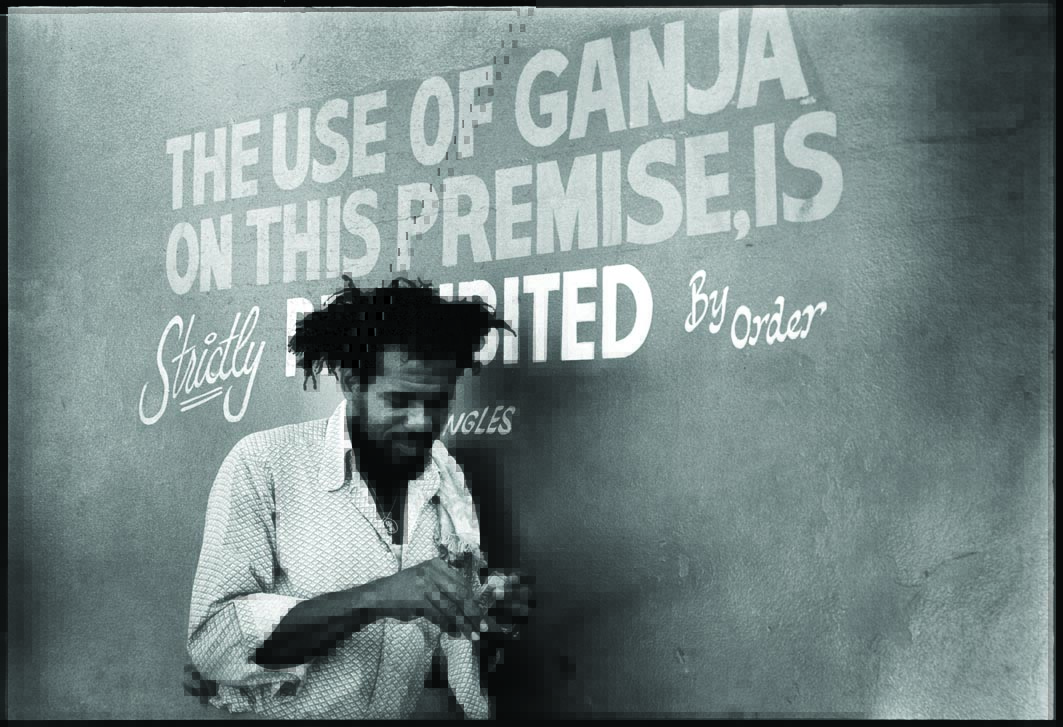 “Maybe today’s music is not really suited to Glen Brown’s distinctive style of production and that rules out any great commercial success.”

And great commercial success continued to elude the self-styled ‘God Son’. Nick Kimberley memorably summed up the appeal of this enigmatic singer, musician & record producer, quoted by Dave in a ‘Rebel Music’ feature: “It’s exactly the sort of reggae Clint Eastwood would produce if he made records.” 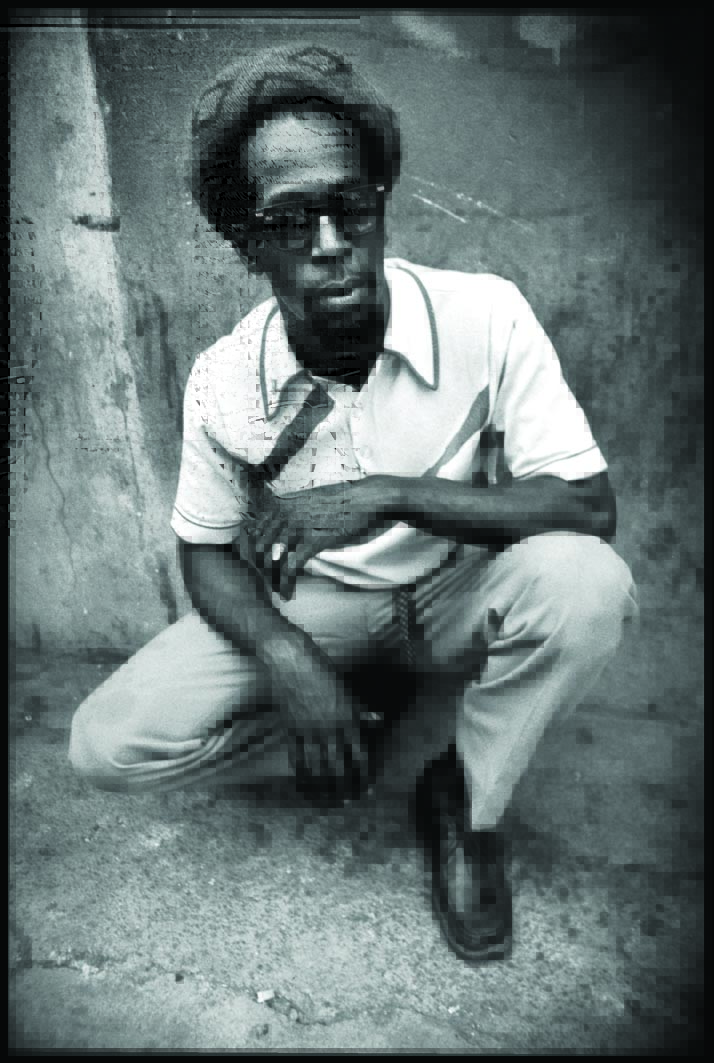 ‘The Cool Ruler’ was the ‘ultimate rude boy reggae star’ but this superb portrait shows none of the trepidation Dave was actually feeling when he travelled to downtown Kingston to meet Gregory for a short, sharp photo session.

“Gregory Isaacs, being a man of few words and few actions, an image that he carries to the point of menace looking very much like the Kingston branch of the black Mafia, but it’s an image that suits Gregory well. He’s a clever man who’s determined not to get ripped off by anyone, and his sullen nature acts as a good shield. On top of that he’s one of Jamaica’s greatest singers… He’ll always be one of my top three vocalists.” “You’d still never guess that this was the workshop and studio of the Dub Organiser himself Osbourne Ruddock better known as King Tubby… Most days Tubby himself can be found in his work room building parts to amplifiers, repairing TVs or building new electronic gadgets for it’s this love of anything electrical that is his main interest rather than music… Without his pioneering we would have missed out on a whole lot of great music.”

And, to prove a point, despite almost singlehandedly completely changing the way recorded music is put together and then taken apart, Tubbs is pictured here winding a transformer. Years later Dave recalled that Tubbs couldn’t understand why anyone would want to take his picture. 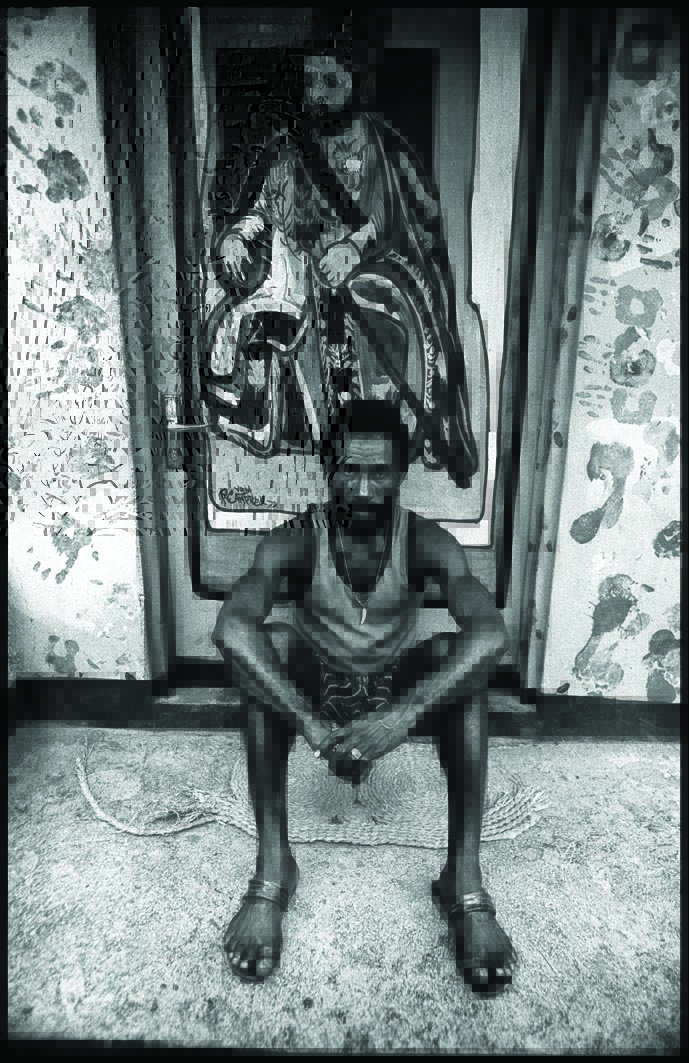 Genius is a much overused and abused term and is too often applied to the most mediocre of talents but the genius of Lee ‘Scratch’ Perry is beyond any question. The inspiration behind many of the key movements in the development of Jamaican music, his innovative productions from the seventies invented techniques that were years ahead of their time and now are commonplace. Sampling? Mash-ups? Scratch was at it before they even had a name. Dave’s portrait of Scratch seated in the yard of his Black Ark studio, at the rear of his house in Washington Gardens, has been reproduced countless times usually without Dave’s prior permission or knowledge.