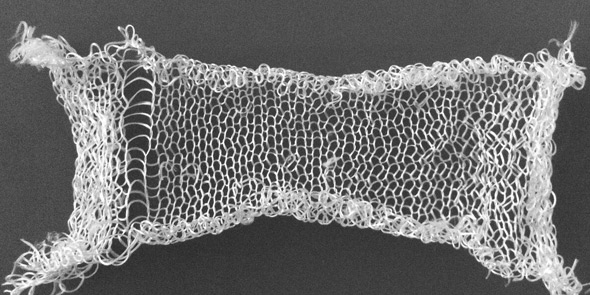 I always wanted to do a postgraduate degree, but was not too sure in what specifically. When I graduated from my BA in Interior Design in 2009, I was confused as to which aspect of the practice I should focus on. I worked at the Canadian Centre for Architecture for three years assisting internationally renowned scholars.

Being surrounded by such highly literate people made me realise how important it was that I pursue advanced studies. Also, in parallel, I started teaching at the University of Montreal. After two years, I realised the limitations of my academic training and understood that a Masters degree would allow me to significantly improve my teaching skills.

With a profile in fashion and interior design, I am very much interested in the connections between both disciplines. I am not so much concerned by how one influences the other – a topic that has been covered a lot in recent years – but more by how I can use elements of one in the context of the other. For my major project for example, I am looking in developing water-soluble knitting in the context of an installation making a commentary on the fashion industry. My intention is to start a conversation rather than to make a simple critique. I obviously hope that my approach is innovative though it is getting harder than ever to innovate in the contemporary design landscape. What I can do though is to try to learn from what has been done and find a new angle to ultimately improve the outcome.

MA Narrative Environments is a very difficult course to describe. Most of us would agree that it takes close to one year to truly understand what a ‘narrative environment’ is. I doubt that anyone would agree on one single definition, but over time I came with one sentence that, in my opinion, summarises pretty well the course’s main focus: how a story unfolds intospace.-Instead of looking at space as an independent notion, the course looks at the interaction between space and time. The use of storyboards, for example, is used to contextualize the user in the spatial experience. The built environment is not envisioned as an abstraction, but more as a context in which the user is part of the story.

Having studied both fashion and interior design, I was looking for a programme that would allow me to create a bridge between the two disciplines. When I saw the kind of opportunities offered by this course, I thought this could be it: multi-disciplinary, unconventional, etc. Also, Central Saint Martins has a strong reputation in the fashion industry this also influenced my decision.

MA Narrative Environments is very much focused on collaboration. Composed of spatial designers, graphic designers, curators, etc., the course forces exchange between disciplines. The idea is that by joining forces, the outcome benefits from the unique expertise of an array of specialized people. The aim is, I believe, to try to reproduce as closely as possible the market’s reality.-It is very useful to have complementary people on your team, but that requires a lot of co-ordination and flexibility as some people are likely to be useful at different stages of the project. Well balanced and organised, the scheme can be very helpful.

Part of the whole idea of going to study abroad was to come back to Canada with specialised qualifications only a few people have over there. Also, we are living in a very competitive era where the name of the school where you studied, the cities you have been living in, the companies you have worked for, truly impact on you professional opportunities. My plans for now are to go back to America and see what the experience I have acquired here can offer me there. As to what we are all doing now, there is only one answer: the major project.

It will be intense, it will be difficult but it is worth it. You will develop your academic and personal skills and this experience will contribute to your development as a professional, but also most importantly as an individual