With Show Two opening this week, we’ve been talking to exhibiting students to find out about the inspirations and ideas behind their final projects.

For his final project, Selom Sunu (MA Character Animation), has created a three minute animated film titled Kojo’s First Day, which tells the story of a boy’s first day at school in Ghana. Covering themes of identity, bullying, acceptance, bravery and freedom, the narrative follows a secret Kojo accidentally exposes, and the consequent reactions from his classmates and his mum.

Selom shared with us the films that inspired this work. 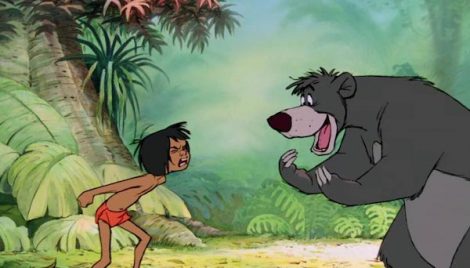 As a child, I remember watching The Jungle Book over and over again. Back then, I probably just liked the songs and the ‘pretty pictures’ but as an adult I can appreciate the number of layers the film has.

Kojo is basically a Ghanaian Mowgli. Like Kojo, Mowgli was convinced he fitted into his surroundings and hated being made to feel different, especially as jungle life was the only life he had known since birth.

In this image, he is desperately trying to prove he is as much of a bear as Baloo. He knows he’s not a bear but is so sick of being undermined that he is willing to imitate an approved jungle creature just to be accepted. This is the kind of lie I am fighting with my film.

This British film that I stumbled across on Netflix ended up being a huge inspiration for parts of my story. The plot revolves around an extremely intelligent but socially awkward teenager who resents that the only person he could relate to passed away. Unfortunately his mum suffers the brunt of this resentment and as a result the divide between them becomes ever wider until difficult circumstances bring them together again. I took inspiration from this relationship and adapted it to suit my story and to add some emotional undertones to enhance what could otherwise be seen as a comedy. 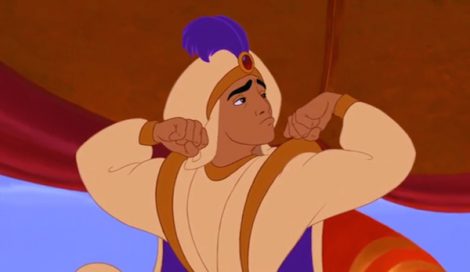 As this is my favourite film, it was bound to inspire me in some way. It’s packed with the theme of being yourself. Both Jasmine and Aladdin were sick of being who they were. Aladdin went to extra lengths to reinvent himself and impress Jasmine but found out the hard way that he couldn’t keep up the pretence, and also that she preferred the real version over the fraud. A book I read as a child that follows the transformation of an ordinary schoolboy into a paper thin boy after he is flattened by a billboard. At first Stanley enjoyed his new-found popularity but then the attention soon grows wearisome. I drew inspiration from the simplicity of the story and the way that his classmates reacted to him.

This short film inspired me both visually and in terms of the simplicity of its message. It portrays two classmates from different family backgrounds (one rich and one not so rich) and their respective journeys to school. When they get there we find out they are friends.

What I got from that was the fact that in life people will have various starting points and backgrounds, but this shouldn’t prevent them from getting along or being accepted – a major theme in Kojo’s First Day.