As we start to pack away Show Two: Design, we talk to students about the inspirations and ideas behind their final projects.

Mimi Forrest’s final BA Textile Design collection presents us with an exploration of found and fragmented printed matter. After a research trip to Slovakia to explore her own Czechoslovakian heritage, Mimi began to look at 20th century Czech/ Eastern European graphic posters. Taking this research back in London, she started to look at the traces left from posters being torn down and peeling away and how these remnants formed new surfaces. Working with raw and unrefined materials including denim and canvas and focusing on bold, large scale, repeated print, her work conveys a textured response to these posters and newsprints. 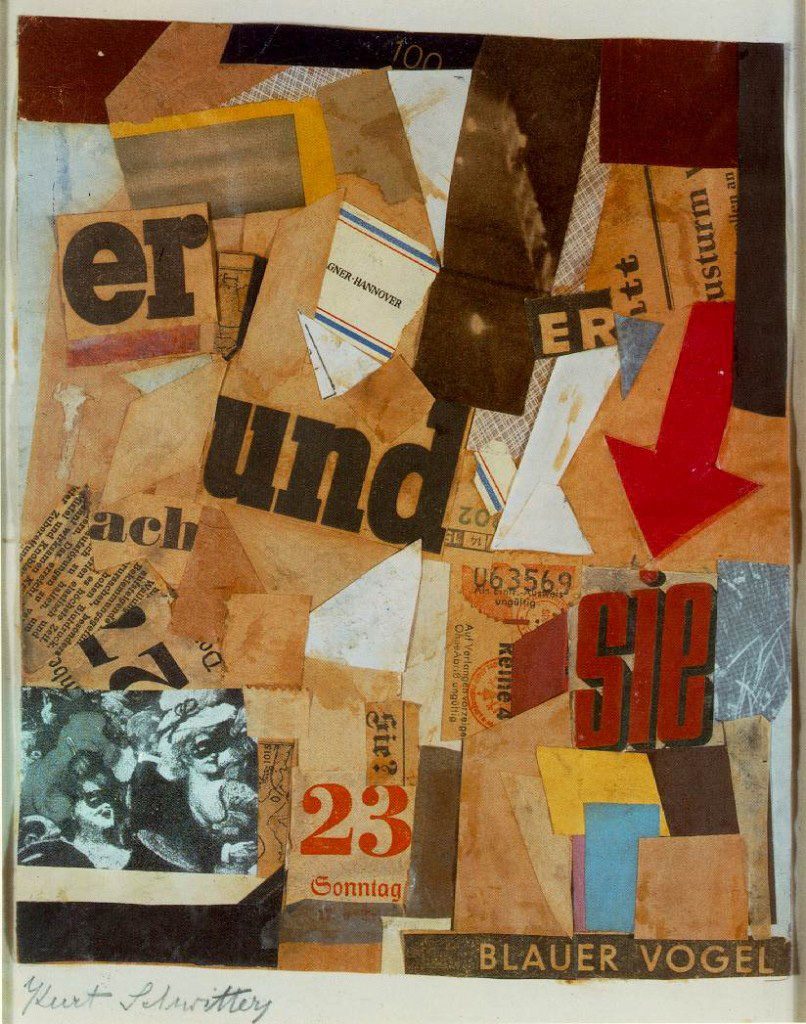 In terms of my concept, I was inspired by and identified with Kurt Schwitters. Amongst other work, he created images by collecting rubbish from the streets, together with found ephemera and incorporated it directly into his artwork. 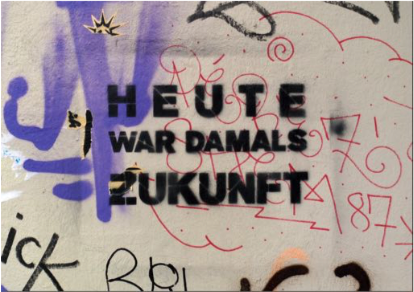 This is a book by Christoph Mangler documenting the undertones of Berlin, such as street signs, chewing gum machines and urban waste. I responded to the idea of looking at the subtleties of a place that gives it its character. 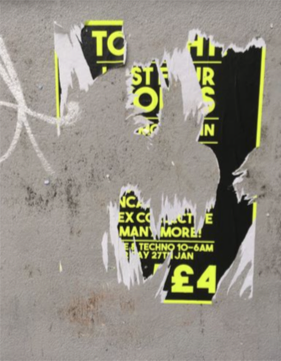 My project evolved from taking paper printed matter, especially fragments of typography, from peeling posters placed in an everyday environment and using these as source imagery to create printed outcomes. 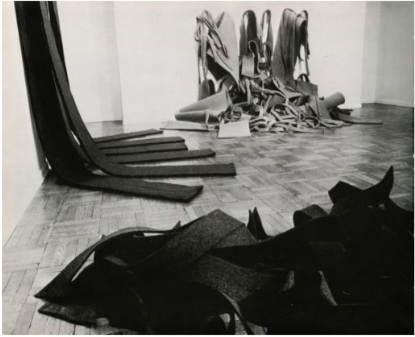 Throughout the project I was drawn to large-scale printing, which I felt would work well with my concept, specifically the type, as it originated from bold, vast expanses of space such as posters and billboards. Robert Morris is a sculptor who has a similar affinity with scale and the positioning of pieces within a space. He was influential in stimulating my interest in creating some three dimensional outcomes in my developmental work and final pieces. 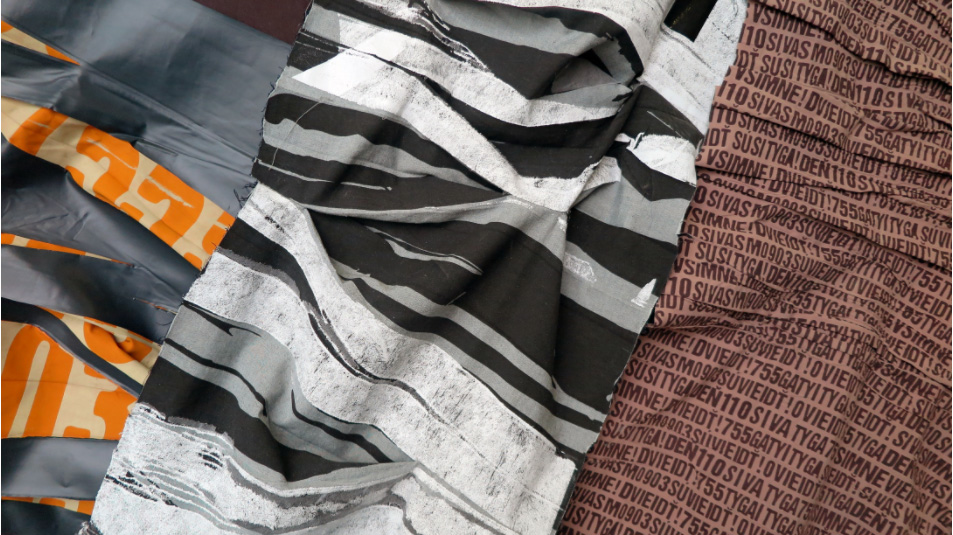 I experimented with vinyl and my own methods of pleating to break up the typography as a tactile low relief interpretation of the found disjointed letterforms.