With Degree Show Two: Design now open, we take a closer look at our students' final projects and the inspirations behind them.

Graduate Diploma in Fashion student Mariana Malta’s final project is an examination of her own body – examining its potential shapes and the visual effects of its folds and elastic properties. Disturbing preconceived notions of sensuality and arbitrary ideals, Malta has replaced the comfort and confidence of wearing clothing with the full disclosure of wearing her own body. Here, she talks us through five key inspirations for her investigations of the female form. 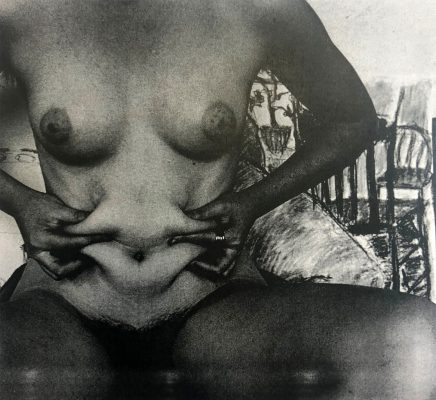 Francesca Woodman, photograph from On Being an Angel, 2015

Francesca Woodman (1958-1981) often used her body as a starting point – both as object and subject. Her body and surroundings – rooms and objects – are arranged to create a visual language, becoming the subject of her investigative gaze. Her work is not only about the relation between her body and its environment but also about her body itself – it is an exploration of her body’s properties. Woodman’s work is a constant inspiration to me but particularly for my final project. Her themes are intimate and are concerned with the notion of constant transformation. She often references greek mythology and elevates the woman to a state of an ethereal, intangible goddess. 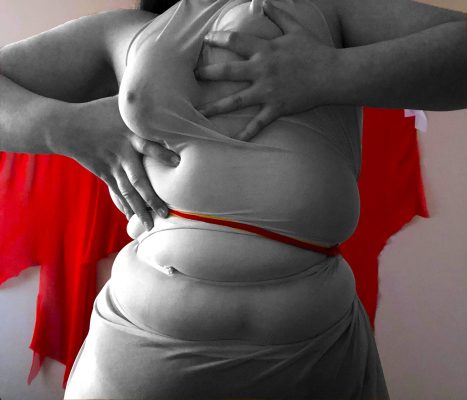 For me, this project is an act of therapy and an opportunity for self-improvement. Fashion helped me be confident about myself; the way I dressed became my way of communicating that I was comfortable with how I looked. However, when taking the clothes off the confidence would go with it, and I would become this self-conscious little girl. Tired of feeling trapped in my own insecurities I decided to take control, making my body and my relationship with it the subject of my study. I created a series of pictures in which I explore what my body can do by interacting with ropes and different fabrics. With these images, I tried to find the beauty where I saw ugly before. I casted my body and created silicone garments making my body “wearable” and “fashionable” – so that when you take off clothes you can replace them with “your body.” 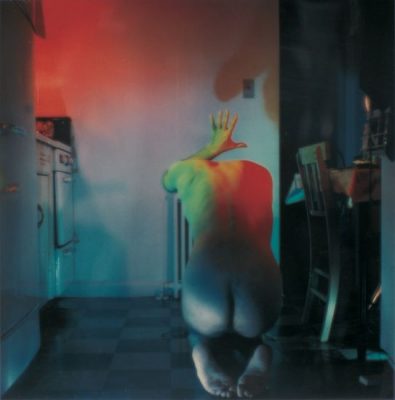 Lucas Samaras manipulated the emulsion of early Polaroid film, creating psychedelic and surreal images – mostly self-portraits. What excited him most was the position of the camera, the objects and his own body – posing and directing himself. Working very often with the naked body, Samaras had no interest in representing it in its “natural state”, but instead, explored bodily distortions and how it changed perceptions of the human form. This was of interest to me, as I felt I did the same with my clothes and the way I saw myself in the mirror. The first series of pictures I made for this project where highly influenced by Samaras’ style. Later they evolved into something else more exposed and true – full disclosure. 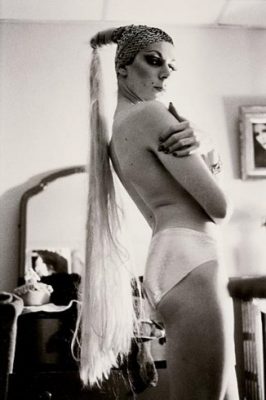 Nan Goldin’s portraits are deeply personal and candid. Her pictures are like a visual autobiography of herself and those close to her. She is not a detached photographer – she touches a person, as though she becomes closer to them by taking their picture. As she said, “I think that you can actually give access to their own soul”. I wanted to access my own soul, to dig inside it and face my true feelings about my body and share them with people, because the insecurities I face, lots of people can relate to as well. 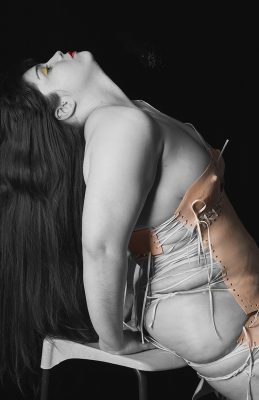 My father’s family is from Venezuela and I grew up in a very Latin environment. I grew up watching reggaetón music videos and I formed an idea of what a woman should look like. I always felt I had the wrong body for my inherent sensuality, because to have this sensuality I should look like the women in those videos. The relationship I developed with the female body is a major inspiration for my work: What is the definition of beauty? What is the definition of sensual? What is the definition of a woman? How should a woman behave? Is there such a thing as a definition or ideal of something at all? My work is a space for me to reflect on these subjects, breaking down not only my own pre-conceived ideas, but also that of society. In the end, the world works around rules and defined ideals, there is an “ideal version” of everything and that informs every decision we make.