As part of the Creative Unions initiative, seven artists – a mix of current students and alumni from the Art Programme – headed to Wigan for a week-long residency

The first thing that strikes you about the Old Courts in Wigan is its size. One of the largest not-for-profit buildings dedicated to the arts in the country, the disused magistrates court now houses music venues, a theatre, exhibition space, bars and of course, the old prison cells. “We’re a fledgling organisation,” says Creative Producer Louise Fazackerley, “especially in terms of our visual arts, so it’s great to get artists from different cultures and different stages in their careers together. It’s an opportunity to talk and learn from each other”.

Based in the Old Courts, the seven artists-in-residence used the building itself as inspiration but also for material scavenging. Its “fledgling” nature means that often through exploring the non-public parts of the building one can stumble across an unexpected treasure trove. Beyond the walls of the Old Courts, the artists met local arts professionals and schoolchildren as well as visiting museums and archives. Two artists, Matteo Valerio and Sofia Bonato, both graduating from MA Fine Art this year, have created complementary work inspired by Wigan’s historical industries. Continuing his interest in the humanity of textile traditions and craft, Valerio explored the history of silk and cotton production in the area. His final piece uses discarded skirting board from the building made into an almost-canvas echoing the shape of the ornate main window in the court room. On this frame is stretched a series of hand-dyed cottons and silks imprinted with motifs including the logos of historical industrial companies. For Valerio, the focus is on bringing the textile industry to the surface for the local audience: “it’s their tradition, their belonging.” 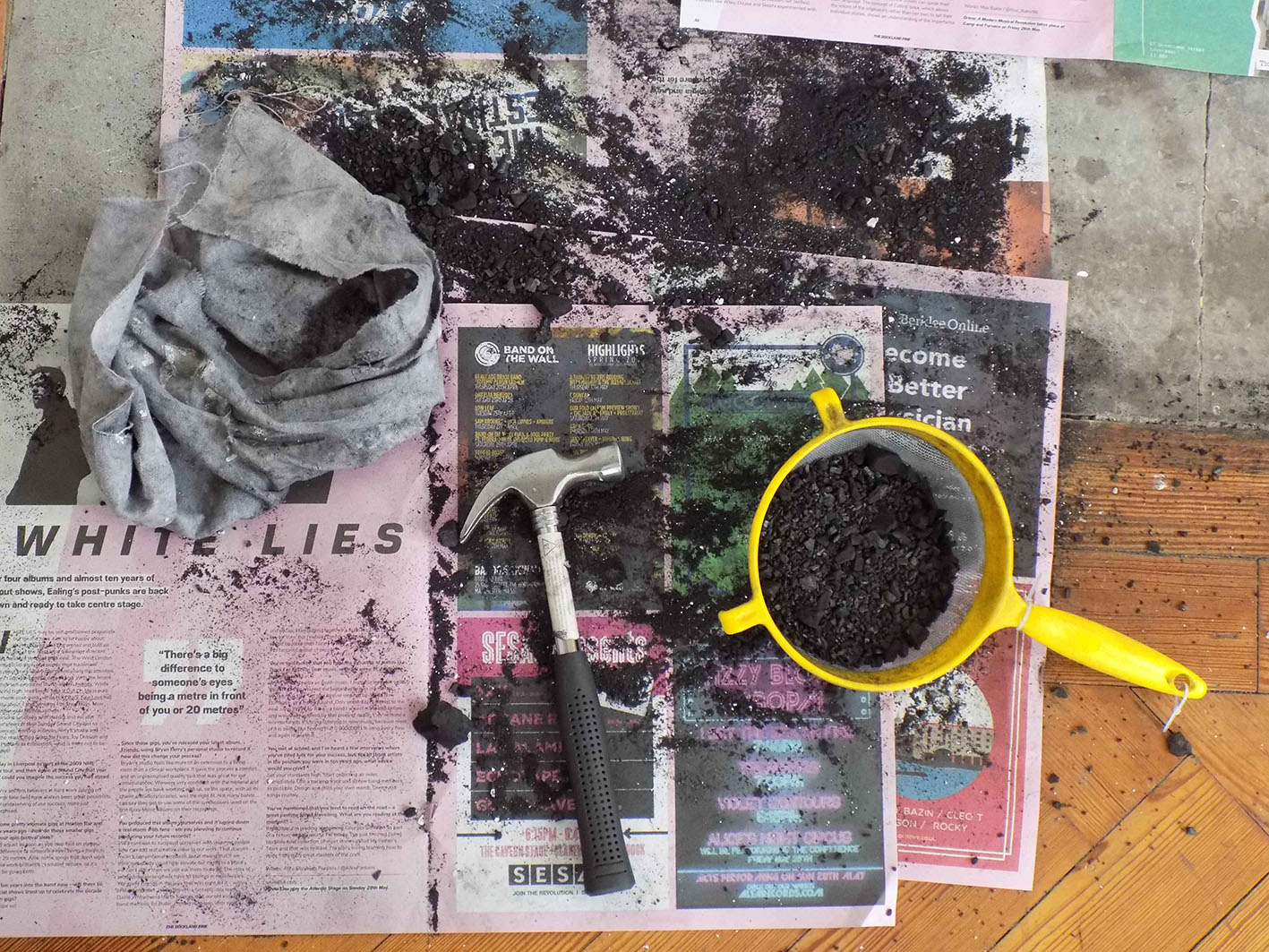 In the same room, visitors will find Bonato’s installation – a series of abstract marks, across floor and wall, made using powdered coal. Drawn, like Valerio, to the material history of local industry Bonato began with George Orwell’s The Road to Wigan Pier, a book describing the living conditions among the working class in the area, published in 1937 the book reaches it 80th anniversary this year.

Focused on the coal industry, Bonato’s work sits alongside Valerio’s, resonating with material history. But her piece was born from a contemporary perspective:  “I found that the peculiarities of Wigan are lost in some way. There was industry like coal or cotton but now there are external corporations and globalisation, that is what the conversations with people from here have been about. My inspiration is what is typical, what is found here”. Looking into the archive at the Museum of Wigan Life, the artist discovered maps of coal mines, networks of passages and chasms. Using this as her base she created a installation of network and imagery of industries past and present to create a map in coal. But the focus isn’t always on past industry, the present appears in Sooyon Kim’s response to Wigan. The alumni from MA Fine Art has used photography and lightboxes to document the windows of butchers shops. Also mapping the city’s present, Jim Bicknell-Knight and Sid Smith, a BA Fine Art duo known simply as Sid and Jim, alighted on pubs as a focus point for any community – a place of conversations and connections across time. The two created a map of Wigan using sandcastles as markers for pubs; the sand, for them, offers a material metaphor for “the fragility of community. A single grain of sand isn’t much, it all disintegrates easily but in numbers it can be strong”. 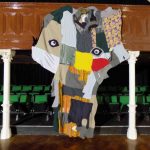 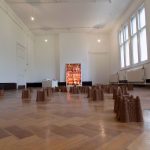 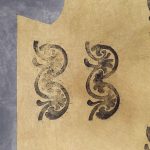 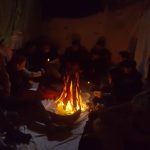 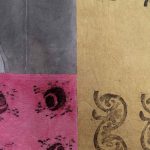 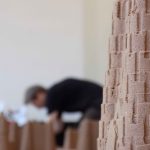 Anais Comer, second year student on BA Fine Art, uses performance and storytelling as a way to capture the city. Campfire Stories sees Comer and collaborators sitting around a makeshift campfire telling folkloric tales inspired by the area. Conversation also looms large in the work of Susana del Rocio Uvidia Humanante, an MA Fine Art student. The Ecuadorian artist ran a sewing workshop, inviting the public to donate and deconstruct old clothes. These fabrics were then combined to create one huge mask that hangs in the theatre as recordings of workshop’s discussions play in the background. “I’m interested in the transitions of cultural identity, the experience of our difference. I am mixing my story with other people’s stories.”

One of the questions that residencies like this throw up is how can artists over some kind of insight or illumination on a place when they exist as outsiders? “Someone from the outside can represent our history back at us,” explains Fazakerley. “The mills or the Romans isn’t necessarily what people think of as part of their identity here. They don’t value that, so it’s an outside eye reflecting something back to you.”

Del Rocio Uvidia Humanante, like the other artists in the micro-residency, approached the town to learn what makes it unique – its community, its industries and its history. Some stories may be well worn, other not so, but each has been generously lent by the city for these artists to reflect back in new ways.

Work by the artists-in-residence was first show in the Old Courts, Wigan, and will transfer to the Central Saint Martins Window Galleries in the summer.