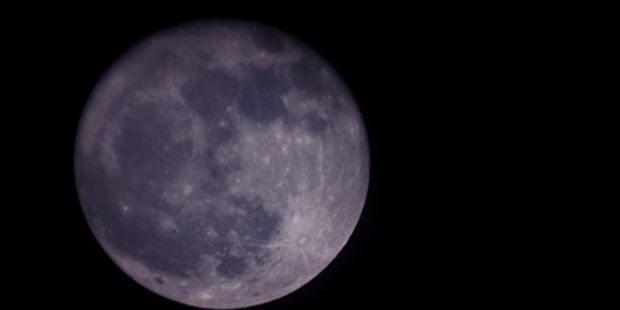 Melanie’s strong in- terest in cosmology, led to the ongoing collective project Space is Ace

After I had graduated from the MA Art and Science course at Central Saint Martins, I realised that opportunities were not going to fall in to my lap, so I decided to go ahead and make my own.

I’d had a great experience on the MA, getting involved with different institutions such as the MRC Anatomical Neuropharmacology Unit at Oxford University, and realised that there was nothing stopping me initiating projects with other organisations that interested me.

Shortly before graduating, I was fortunate enough to find a room in a property guardianship (in the shape of an ex-old peoples home!) which meant that my outgoings were not too high, so I decided to spend some time on my own projects.

One afternoon, towards the end of the MA, I had a chat with three other MA Art and Science soon-to-be graduates; Louise Beer, Lauren Franklin and Marta Santuccio. During the MA, we had all developed a strong interest in cosmology and decided to create a collective project in which we would hold space themed exhibitions, we named ourselves “Space is Ace” as a joke, and it stuck. SIA had a few meetings after this, and we discovered that we had the same idea about creating shows.

As a group, we weren’t keen on the formal, overworked private view format and wanted to create something a little more immersive and interactive, all the while keeping a strong theoretical background. The “Space is Ace” Launch Party was held at Power Lunches in Dalston in August 2013. We had musicians making sounds inspired by those interpreted by the NASA Space Voyager, an edible solar system created by fellow CSM Performance Design Practice graduate Ffion Harman and our space-influenced artworks decorating the walls.

In October 2013, we had our second ‘Space is Ace’ show at Doomed Gallery in Dalston. Doomed was exactly what we were looking for in terms of a gallery space, especially as it could be made completely dark! For this show Louise exhibited one of her light installations, Lauren made some projections, Marta did an interactive performance, my friend Dario Villanueva made a data visualisation of orbital debris. I exhibited my own work which explores bubble themed cosmology (such as multiverse theory, inflation theory, The Bubble Nebula). So far our shows have been really popular, and we have bigger plans for the future! In January, we’re going to be selling some of our wares in super/collider’s “Pop Rock Moon Shop” as part of The Art’s Catalyst’s “Republic of the Moon” exhibition, and we’re planning a very polished curated show for mid 2014, amongst other things.

Since graduating, I’ve also started the “London Alternative Photography Collective”. During my MA, I was really keen to learn alternative photography processes, and spent quite a bit of my precious career development loan on learning the skills. I was frustrated that many alternative photographers were keeping their processes a secret, especially when I eventually worked out how simple some of them were.

I thought it was a shame that people were missing out on the alchemical magic of alternative photography just because some individuals were desperately clinging on to the kudos and money-making potential of keeping their sacred process a secret. In my eyes, by cultivating interest in the traditional techniques, the artists stand to become more of a success as more people will want to get involved.

I spoke to a few people about making a forum where people could share ideas and processes, and everyone I spoke to said that they thought it was a good idea. I then approached Seb of Double Negative Darkroom and he said I could hold artist talks there. We’ve had five monthly meetings so far, and each time we’ve filled the room. We’ve heard from Sam White who has invented a portable camera obscura, George (CrazyGlinc) who takes apart analogue cameras and puts them together again, Adam Brown who has inscribed images on to a vinyl record and of course, more traditional printmakers. For example, Constanza Isaza makes really beautiful abstract cyanotypes and salt prints and Chelsea graduate Sarah Evan-Jones does amazing salt prints using water from the sites she photographs.

In December 2013, we renovated the Double Negative Darkroom’s Daylight Studio to be a gallery space, and I curated a day-long show called “Light Play” alongside the Resident’s Exhibition. Here, I wanted to highlight the playful side of photography and optics. Sam White made some great upside-down goggles and a pseudoscope, Douglas Nicolson showed his Portable Wet-Plate Collodion Dark-Room and Sebnem Ugural made some head-sized camera obscura’s. Following on from this, I’d really like to explore the idea of the “phantasmagoria”, using magic lanterns to project on to things like smoke and bubbles.

If you haven’t realised already, I’m a big fan of analogue technology. I’m suspicious of digital technology and don’t get on with fragile gadgets with screens made of glass! We carry around these gadgets that contain our whole lives, and these things are so easily broken and stolen.

I went to a great talk at IdeasTap by Steve MacLeod and Tim Bennet of Metroprint about analogue photography in a digital age, and I thought that they made a great point by saying that we are lucky to be in an age where we have both levels of technology. In photographic terms, it’s great to see the interaction between analogue to digital and back to analogue again, it means that creative possibilities are intensified.

I wanted to create an exhibition that celebrated the creative possibilities between analogue and digital technology, so I came up with the idea of an exhibition called “Glitch” and approached Doomed Gallery in Dalston again as I found them really great to work with. Doomed really liked the idea, so I started approaching artists whose work interested me. Artist Daniela de Paulis wanted to do a live transmission of her “Moon Relay” project where she bounces digital images off of the moon using the Dwingeloo Telescope in The Netherlands. Unfortunately, the weather conditions were too windy for us to do the live transmission, an eventuality which was apt for the name of the exhibition!

Artist Adam Ferriss of Los Angeles gave me an app to download on to my computer so that we could live stream one of his artworks. Carl Guyenette made a fractal projection which visitors could interact with using a Kinect, Sam Battle made a Korg MS-20 inspired modular synth from scratch and set it up so that visitors could play with the switches and David Blackmore exhibited his Liquid Crystal displays, film “photographs” which were made to resemble cracked LCD screens. There were two performances; Adam Brown played his vinyl records which were read by a computer program to reveal images projected on to a screen. Adam was inspired by the gold-plated record that was sent aboard Nasa Voyager 1 and 2-a. There was also a performance by Fractal Skulls, a musician signed by the record label Blue Tapes, who specialize in analogue recording formats and use analogue photographs as album art-work-Overall, I am still figuring out what to do after graduating.
I left home at seventeen and worked in backwater offices in Manchester to support myself until I was twenty. I went a bit crazy watching the seconds, hours and days ticking by as I was stuck in a job I hated, and had a very early mid-life crisis where I resolved to do something I was passionate about instead of wasting my life behind a desk, working for companies I didn’t care about.

I’ve always worked alongside my education, but in the past three years I’ve made a real effort to work with organisations I respect. I joined UAL’s Arts Temps who got me lots of great positions within UAL, including the role I have at the moment within UAL’s Photography and the Archive Research Centre. Most notably, during my MA, I interned for The Arts Catalyst who have consistently inspired me with their projects. The Arts Catalyst is an arts organisation that provoked debates on a broad range of scientific subjects. While I worked there, I assisted the production of events exploring nuclear culture, space, bio-hacking and ecological matters, such as the melting of the polar ice caps and oil fracking. My time at The Arts Catalyst was incredibly inspiring as I feel as if they are truly contributing to our perception of the world, bringing light to serious subjects through the medium of art.

In the future, I would like to continue my studies with a PhD which would primarily focus on the parallels between photography and astronomy, particularly during the 19th Century. In a contemporary context, I have been particularly inspired by a series of talks on “Envisioning the Universe” at the National Maritime Museum this year hosted by Public Astronomer Marek Kukula. “Envisioning The Universe” explored the production of astronomical images we accept as scientific fact. For example, many astronomers edit the raw images they capture to accentuate certain features for a more effective impact, so we are often not seeing the “real” image.

Elisabeth Kessler also explored the idea of the “astronomical sublime” which was fascinating. After all, what can be more sublime than astronomy? For example, when we see an image of a nebula which is six light years across, are we really comprehending what we see before our eyes?

These are the ideas that I would love to have time to research in more depth!