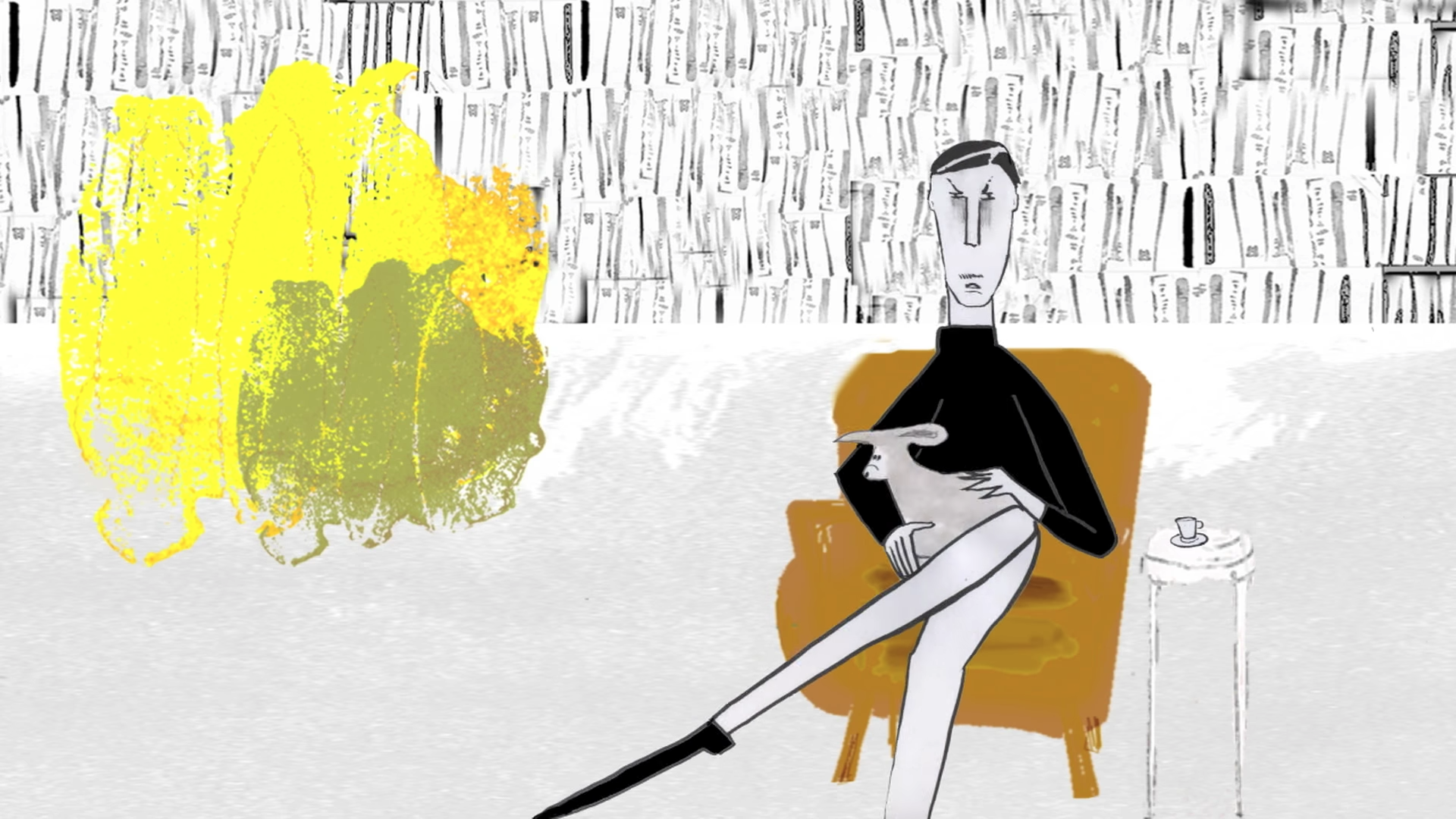 Inspired by the painting of the same name by Bartolomé Esteban Murillo, 1665, at the National Gallery, Daisy says:

“Don Justino sits aloof, all in black, a dog in a silk bow at his feet. I stared into his beautiful face and knew he would kick that dog - hard, and enjoy it. His eyes tell me it's his right as a beautiful and stylish man to cause pain; if women are drawn to him and destroyed, it’s their own fault; they know they should keep away. He has existed throughout time and will never disappear, unless next time you meet him, you kick him first. Kick him to the curb and walk swiftly on.”

Daisy Jacob’s film has been screened at several UK festivals, was a semi-finalist in the Adobe Design Achievement Awards and was one of the finalists for the Virgin Media Awards. It was also selected for inclusion in the ‘British-ish’ exhibition at the British Galleries, V&A as part of the London Design Festival.