With the Central Saint Martins Creative Unions exhibition now at a close, we continue to take a closer look at the themes and works which comprise the show.

Working as practitioner-in-residence at the George Padmore Institute, an archive of black and Asian culture and activism, Shamiso Oneka is concerned with decolonising the institute. Reimagining it as an exploded building, she displaces the institute from existing hegemonies or knowledge, property or access. The project unpacks the archive into a series of spaces that transform its meaning in relation to the everyday context of the city – a living documentation of civic life. Here, we talk to her about the project and her work with the George Padmore Institute. 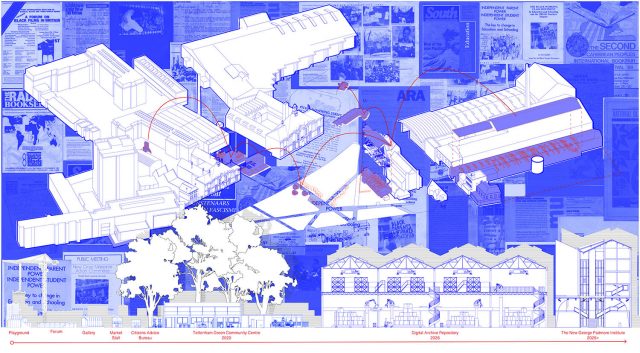 What has been your involvement with the George Padmore Institute (GPI)?

I was introduced to the archivist Sarah Garrod while volunteering with New Beacon Books. New Beacon is the oldest black bookshop in the UK, set up in 1966. The audience, local community and the way people spend time and interact with each other has changed a lot since then and the bookshop needed new energy to find its place in this changing landscape. The archive also has similar concerns but one of its strengths is as a resource to an international community of students and academics. Both Teju Adeleye, who is responsible for Community Development and Programming at the GPI, and I share a vision of the archive as a third space for local people and Londoners for whom it feels less accessible in its current format.

What was the nature and aim of the collaboration?

The GPI is looking to make some significant changes. It’s been running since 1991 and it needed an analytical, reflective and fresh perspective that ties its legacy into the contemporary issues of today and sets a direction for the future. 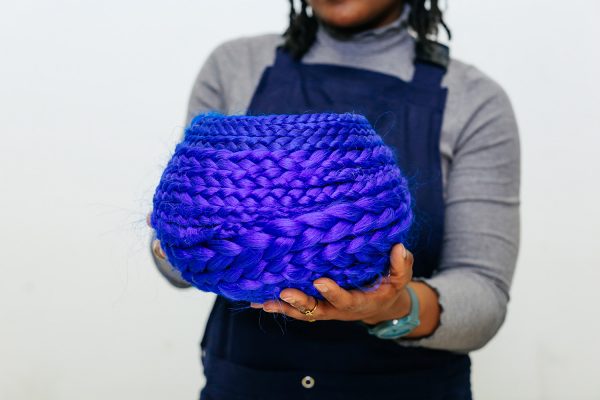 How have you tried to make the GPI’s archive more accessible?

Teju and I approached this by taking the archive out of the building as much as possible – re-contextualising so it can be seen in new ways. It’s ultimately a curatorial project, using the archival materials to create relational dialogues that have urgency for communities in the city today. As part of my Masters project I made the Mobile Archive which is a demountable structure made from laminated plywood and paper. The Mobile Archive can hold a variety of made and found artefacts as well as original archival materials lent by the GPI. I’ve used it to tell the story of my project and the GPI, speculating on possible futures for the archive as a relational space of collective reflection. So far, I’ve taken it to the Tate Exchange where it was part of a series of events called Prototyping the Civic City curated by public works.

What is the importance of the archive?

I’ve started to see my creative process through an archival lens. It’s about the process of aggregation, selection, curation and assigning value. The artefact, whatever that may be – objects, spaces, relationships – has to embody that process. I’ve also learned that there’s great potential in addressing conflicting values, as an archive is a space for questioning ourselves in order to move forward. 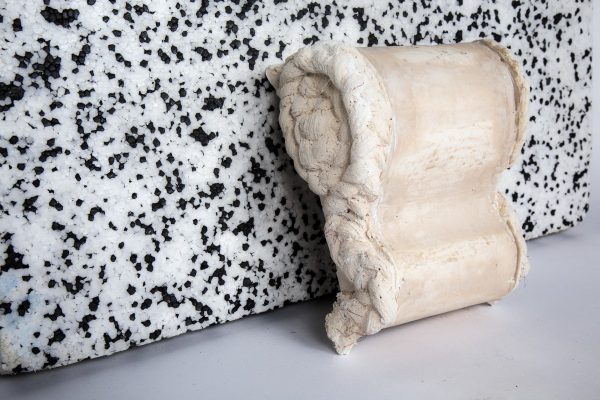 How has the collaboration impacted your work?

Working with the GPI has helped me think more broadly about how archives shape individual and collective identities. I curated an exhibition called Counter Narratives for the Central Saint Martins Window Galleries. The exhibited works explored notions of identity through the re-making of artefacts and the re-telling of stories. The work shown was our material research ­­– artefacts made to connect experiences of place and memory to the political conditions in which they are produced. This came about through our shared interests as emerging critical, spatial practitioners involved in shaping place within urban contexts of conflict, from colonialism to gentrification. We wanted to investigate how the city creates multiple sub-territories, how these spaces are coded and the ways in which we currently navigate them as individuals and as groups. 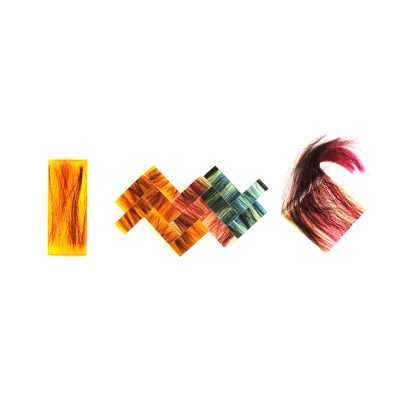 What’s the long-term vision of this collaboration?

Over the past year we’ve focused on the production of prototypes, speculative proposals and pilot events to think through a new structure or system of what the archive could be on both a conceptual and pragmatic level. This has helped establish some new relationships with other organisations and groups, increasing levels of engagement with the archive. The next stage which we’re working on now is a pragmatic and reflective appraisal of everything we’ve done which informs a rigorous new vision and business plan for the organisation.