The Intelligent Optimist: behind the scenes with Ulrike Oberlack 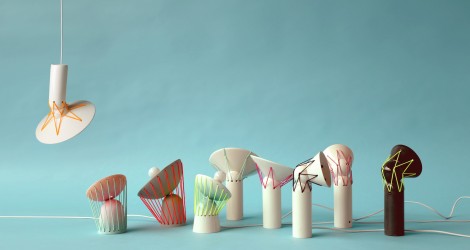 With just ten days to go until The Intelligent Optimist exhibition and event series opens to the public, we spoke to Creative Producer Ulrike Oberlack about the inspiration and challenges behind the show, and her recommendations for LDF.

What is the inspiration behind The Intelligent Optimist?

Ulrike: It has partly come out of the question of where design is going, particularly in this current situation where societal and political issues are not looking too good, it is quite austere, and in many ways quite a difficult situation.

The inspiration has also, in a sense, come out of a provocation. Earlier in the year the novelist Howard Jacobson said in an interview that he had never met an intelligent optimist. This rang our bells and we started to really question the motives behind design. That was when we looked at the work of our students – in a way what our students do is intrinsically optimistic.

Do you think a sense of optimism is intrinsic to design?

Ulrike: Certainly, why would you think about putting in effort to create something that would make the world a worse place? That’s not to say that all of our students are thinking positively about the world and that they are all happy bunnies, it’s not naïve.

It’s about looking at what the issues are and finding opportunities and solutions – in that there is an intrinsic optimist. However, the point is that it is not just optimism but also intelligence and the different types of intelligence that drive design. 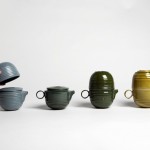 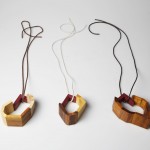 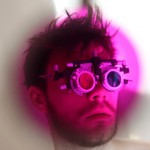 There are over 50 graduates exhibiting, how did you select the designs?

Ulrike: There is a curatorial team behind this and the Course Leaders nominated a number of their graduates who they think are the best in relation to the different themes. Then we come together and the curatorial process of debate takes place. We discuss who goes where, who should be in which theme, how do things fit and how do these things work as an overall selection. This process takes about two months with several meetings, going away, coming back and reshuffling.

We started the process before the degree shows. You often find people you’ve missed because, like with a lot of projects, some people don’t actually deliver until the last week and then you’ve got things that turn out brilliantly that you never expected!

How do you think Howard Jacobson would respond to the exhibition?
Ulrike: I would very much hope that he would come and have a look seeing that this has become a sort of grand riposte to what might have been a throwaway remark. I think he would see that there is away that you can combine intelligence and optimism and I think he would find it surprising.

What are set to be the highlights of the exhibition?

Ulrike: Oh dear, that is like asking who your favourite child is, that is not fair really! In a way it is the whole network of the exhibition and your ability to see within a fairly small space such a wide range of responses to particular themes from very different disciplines. 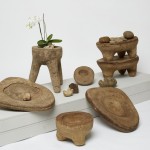 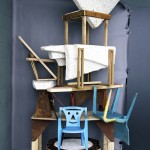 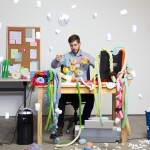 As an artist and designer yourself, do you often find inspiration in your students/graduates work?

Apart from The Intelligent Optimist what do you recommended people look out for at the London Design Festival?

Ulrike: It is definitely worthwhile going to the V&A to see what their installations are. They are usually quite heavily invested and it was to my great sadness that I didn’t get around to doing that last year.

The great strength of the London Design Festival is that smaller venues and designers are given a platform. Go against the grain, look at the things that you wouldn’t normally look at, that’s my advice.

Do you have any other projects coming up?

Ulrike: I am working with light and light installations in relation to the body, and some of the work that I have done over the past year that showed at the Garden Museum is going on to be shown in Zurich next year.

For the College, within the MA Design course we’ve got a lot of exciting consultancy projects coming up that I am looking forward to. I am also hoping that the great response we got for Restless Futures last year will be repeated and the Intelligent Optimist will have a life of its own after the festival.

The Intelligent Optimist will be open in the Lethaby Gallery from 19 September until 17 October, find out more and be sure to book your free tickets to the events by visit the Eventbrite page.