With Show Two now in its last day, we’ve been talking to exhibiting students to find out about the inspirations and ideas behind their final projects.

Entitled Chinese Dream, Zhiwen Tang (MA Communication Design) has created a graphic novel based on the experiences of his father. Having contributed to the construction industry for more than 40 years, Zhiwen’s father witnessed China’s transition from the post-Maoist era to “Socialism with Chinese Characteristics”. Telling the story of his father whilst examining China’s urbanization process and its impact on individual memory, the graphic novel follows two main themes, the memory of his father’s work experience and the change of national policy slogans in China’s urbanization process.

Zhiwen was recently awarded the annual Cecil Collins drawing prize for this project and here he shares five of the most significant moments captured in his graphic novel: 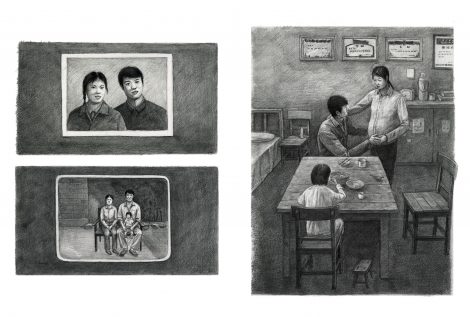 My parents got married and had their first child while my father is working as a construction team leader in a government-owned construction company. He worked very hard and he was very good at what he did. At that time, China was poor and instead of receiving bonuses or any other kind of benefit, he was given a large number of award certificates. When he realized my mum was expecting a baby, he was happy and didn’t know what was coming. 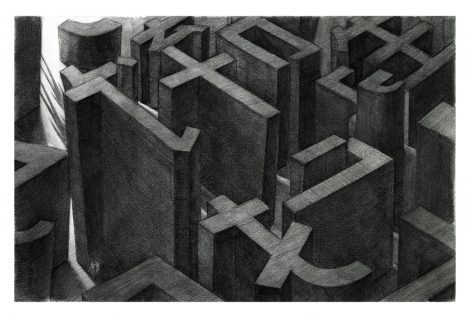 According to the “One Child Only” policy at that time, if my mother broke the law by giving birth to their second child, my father would lose his job, the family’s only form of financial support. My father wanted to keep the job and the baby. So my mother had to secretly moved to the countryside and hide from the birth-control investigation group sent by the government. In this drawing, my parents are struggling not to be found in a maze which is made up of the three dimensional structures based on the Chinese character for “birth control”. 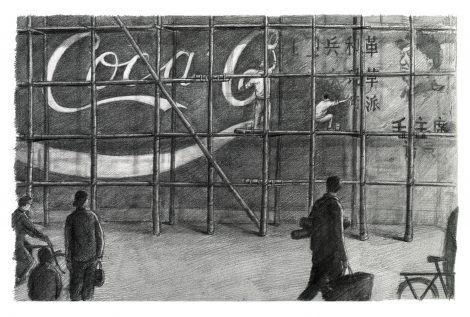 My father lost his job due to the birth of the second child and as a result he had a hard time making a living. Luckily in 1978, China opened its door to economic policy experimentation. Soon after, the policy “Reform and Opening-up” changed thousands of people’s destiny, including my father’s. This drawing shows the appearance of international advertisements and the impact it had. 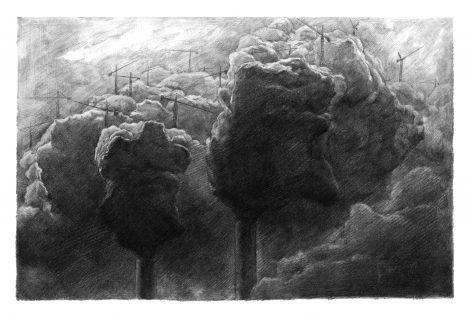 Since then, China intensified its development and slogans such as “development is the absolute principle” and “Time is Money, Efficiency is Life” become popular. People were overwhelmed by the rapid economic growth and unaware of what it would bring. To most of the people, including my father, it was the golden era of all business. But for many areas and issues, the side effects could be as bad as hell. In this drawing, I wanted to create a scene which look like both heaven and hell. 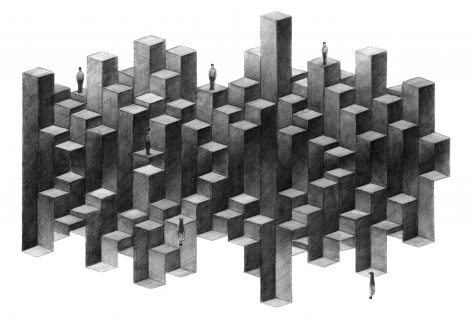 Nowadays, the economic growth has started to slow down and all the side effects have started to show. China’s latest national slogan, “Chinese Dream” is no longer a policy or a law or even a suggestion. Its ambiguity can be seen as a question and one which every one in China needs to reflect on. What is Chinese dream? How do we want it to be?

Head to our dedicated Show Two section to read more about the projects on show.