With Show Two opening this week, we’ve been talking to exhibiting students to find out about the inspirations and ideas behind their final projects

Just to be clear (as many have strong beliefs on what it means), this is what I mean when I refer to “cynicism”:

“Cynicism is having a disrespect for the status quo, being disparaging of others’ motives or actions, and distrusting of their capacity for goodness and betterment.”

It’s worth pointing out that my examples aren’t all positive. Indeed, most are pretty horrible. However, what my research finally revealed was that all design should have at its core a healthy dose of cynicism. After all, to seek to change the status quo is to be a designer. To have a distrust of people’s ability for betterment, and to seek solutions on their behalf, is cynical. So to assume the position of a designer is to be cynical. 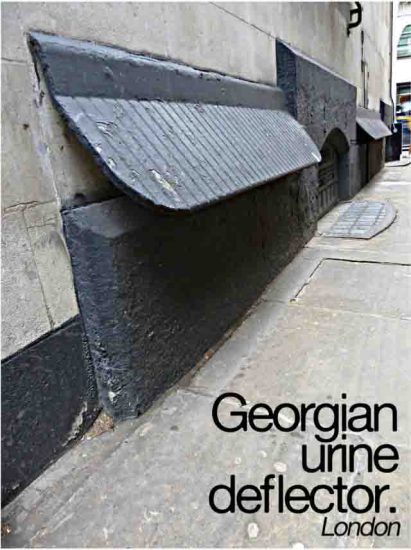 In most contemporary urban environments we experience plenty of cynical design; from those benches designed to make sleep impossible, to deliberately uncomfortable chairs in fast-food chains to increase turnover, you’d be forgiven for thinking our cities are designed to agitate us.

This practice is commonly known as “hostile architecture”. One of the earliest examples of this is the Georgian urine deflector. After closing time in Georgian London, one of the booming public house industry’s unfortunate bi-products was causing the nearby shopkeepers some distress. Enough so that they took it upon themselves to design their way around the problem. One unfortunate patron of 1804 London commented on this new cynical design – “…in London a man may sometimes walk a mile before he can meet with a suitable corner; for so unaccomodating are the owners of doorways, passages and angles, that they seem to have exhausted invention in the ridiculous barricadoes and shelves, grooves, and one fixed above another, to conduct the stream into the shoes of the luckless wight who shall dare to profane the intrenchments.”

Though admittedly quite humorous, by directing a public urinator’s urine back onto his own shoes, a precedent was set.

If we fast forward to the hostile architecture of today we see much more ambiguous ‘unpleasant’ behaviours being targeted. Mosquito Anti-loitering Device, a product “that has the teeth to bite back at these kids” and “take matters in to your own hands in a way that does not involve any confrontation”. The Mosquito uses technology originally developed to dissipate vermin, playing a frequency at the top end of the audible spectrum normally only audible to those under twenty-five. The tone is “UNBELIEVABLY annoying to the point where the kids CANNOT stay in the area”. Surprisingly these quotes come directly from the manufacturer’s own website highlighting the wilful cynicism that saturates this product. This design is clearly displaying a cynical motive and output, characterised by its inability to deal with a ‘problem’, merely move it away.

The design for this halls of residence uses the original Georgian facade to appease locals anxious of the new building ruining the local aesthetic, with the actual glass fronted residence standing one metre behind. The design seeks public approval at the cost of the building’s inhabitants.

The facade casts a shadow on the vast majority of the rooms behind, meaning that very little sunlight gest through to the actual building. It won the Carbuncle Cup in 2013, an architectural award for bad design. The judges remarked: “The original frontage has been retained in a cynical gesture towards preservation. But its failings go deeper. This is a building that the jury struggled to see as remotely fit for human occupation.”

It once again highlights the delicate balance in a design process. Cynicism was not the error, more an imbalance. If the architects had treated the external community’s worries with half of the disregard that they’d shown to the inhabitants, a much better design would surely have evolved. 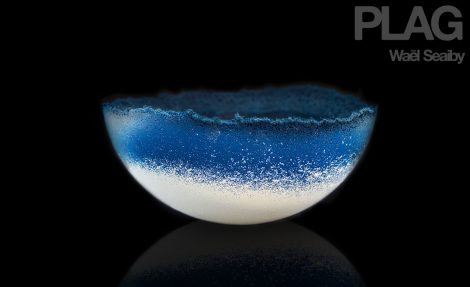 During my research I interviewed designer  Waēl Seaiby. He took HDPE  plastic bags through several  processes creating  a new material and subsequent set of vessels. All his raw material was  collected free of charge keeping  the cost down to  an absolute minimum. Seaiby  stated that people are unable to  truly value a product produced  from HDPE plastic without referring to their semiotic bias towards cheapness and disposability. His vessels cynically disguised the true material in order to highlight the hidden value that our bias disguises. 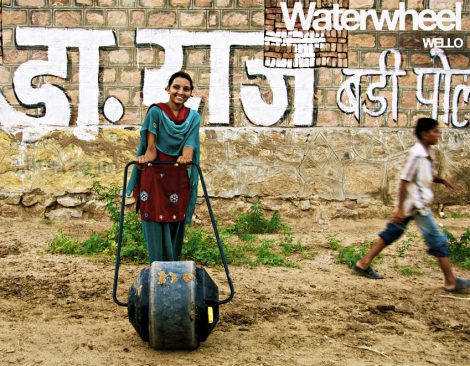 The image of a vibrant, sari-clad woman with clay pots delicately balanced on her head, transporting water, is an image synonymous with the Rajasthan. This is a cultural role deeply engrained within Hindu traditions, with many religious celebrations and rituals referencing it.

Wello sought to challenge this cultural norm by making a new vessel for water that is rolled behind, or in front, making the transportation of much more water, much easier. Though all my previous examples have been negative, cynical design – design that ‘disrespects the status quo’ – can have positive results. Wello’s challenging of something as deep-rooted as religious tradition to solve real problems so directly gave me immense hope.