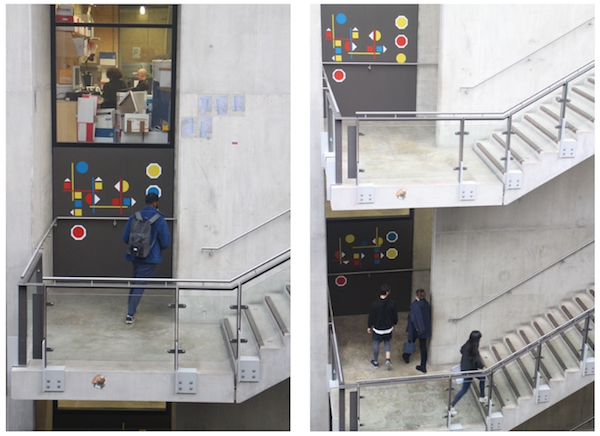 With Show One: Art open and in full swing, we talk to exhibiting art students about their work and the inspirations behind it.

Characterised by a sense of playfulness Sally Gorham’s final BA Fine Art piece borrows from the geometric visual vocabulary of Constructivism and the reductive aspects of Minimalism. The magnetic geometric shapes which make up Viral can be seen all across the College, over the walls and up the staircases. Viewers are invited to reconfigure the different shapes and patterns as they wish. In this collaboration, or perhaps friction between artist and viewer, Gorham questions the authorship and sovereign control of the artist and, by implication, that of managers and politicians.

Here, she shares some of the important influences on her work: