With Show One opening this week, we’ve been talking to the exhibiting students to find out about their rituals and routines in the studio, as well as some of the ideas behind their final projects.

In her work, MA Fine Art student Roshanak Khakban explores the often misrepresented views of the East within Western culture, using a combination of her own footage and found imagery taken from film, television, and the internet.

Here she shares with us some examples of visual signifiers that have inspired the main body of her final projectwhich she feels reflect these misrepresentations in myriad ways.

1. In the fifth season of the TV series Homeland three graffiti artists hired to add authenticity to refugee camp scenes of Homeland instead used their artwork to accuse the show of racism. The lead character Carrie Mathison, played by Claire Danes, can be seen striding past a wall daubed with Arabic script reading: “Homeland is racist,” “Homeland is NOT a series”, “The situation is not to be trusted” and “This show does not represent the views of the artists.”

The Arabic script was not checked by producers, the artists claimed, stating to the Guadian:

The content of what was written on the walls […] was of no concern. In their eyes, Arabic script is merely a supplementary visual that completes the horror-fantasy of the Middle East, a poster image dehumanising an entire region to human-less figures in black burkas and moreover, this season, to refugees.

I am using other scenes from different episodes of the same series, which I think the cultural signifiers are not authentic.

2. Another one is the Hollywood movie, Not Without My Daughter. Being from Iran I have found so many cultural references in terms of either body gestures, language, accents, tradition and location are not very authentic. In this case because the actors are not familiar with the culture, they representation is contradictory to reality in the movie, something which hasn’t been corrected by the production team.

3. Some other footage I have used is from the 1990 interview with Betty Mahmoody, the author of the book Not Without My Daughter. I am appropriating the footage from the interview in my work, particularly the point where she talks of her experiences of being in Iran. I am critically questioning the processes that influence the stereotypical approaches of movie adaptations from novels, and how these processes subconsciously distort the very people that they are trying to represent through beautifying these images. 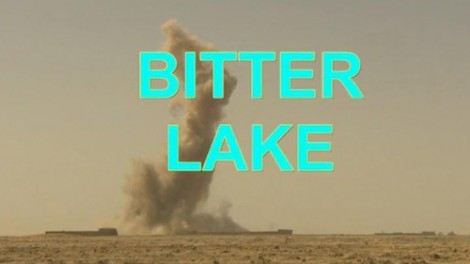 4. Bitter Lake by Adam Curtis is a BBC documentary available on iPlayer. I was inspired by this work as I found it the most authentic in its representation of the Middle East and the political influence of the West in the region. 5. @Koprojects is an international art organisation for emerging to mid career artists, writers, curators and cultural producers/current projects in Iran and Egypt. I’m titled as an advisor on the LocateIran project. 6. @bidounmagazine. This Instagram account posts art, culture and memes from in and around the Middle East. I like the humour in the cultural references they make. I haven’t actually used any of them in my work, but I can relate to them and they have influenced my practice more broadly.