As Show One: Art opens, we talk to exhibiting art students about their work and the inspirations behind it.

Realf Heygate, BA Fine Art, explores the reproduction of artefacts, aiming, as he explains, “to explore the archaeology of an object’s image, rather than solely the object itself”. Combining painting with 3D scanning, Heygate approaches the original as the source of a long lineage, and then follows its transferal through mediums observing “both its withering and revival”. The intertwined notions of the copy and authenticity are brought to the fore, not only questioning their status but also their crucial role in fine art practice. I see Duchamp’s Fountain as a speculative exercise in what we really consider authentic. The piece was supposedly given away soon after its conception, before vanishing completely. As a result, Fountain can now only be witnessed through reproduction. Its subsequent copies have now taken on the role of the original. Yet to speak of the original is problematic.

The original itself was a duplicate, formed from an industrial mould. Fountain’s value has accumulated largely from the history of its reproduction, rather than the original object itself. Furthermore, a paradox is posed: such copies are worth significantly more than the original ever was. They rest on esteemed plinths in the world’s most established art institutions. What was once merely an object of non-art status, is propelled to an artefact of almost cultish value. 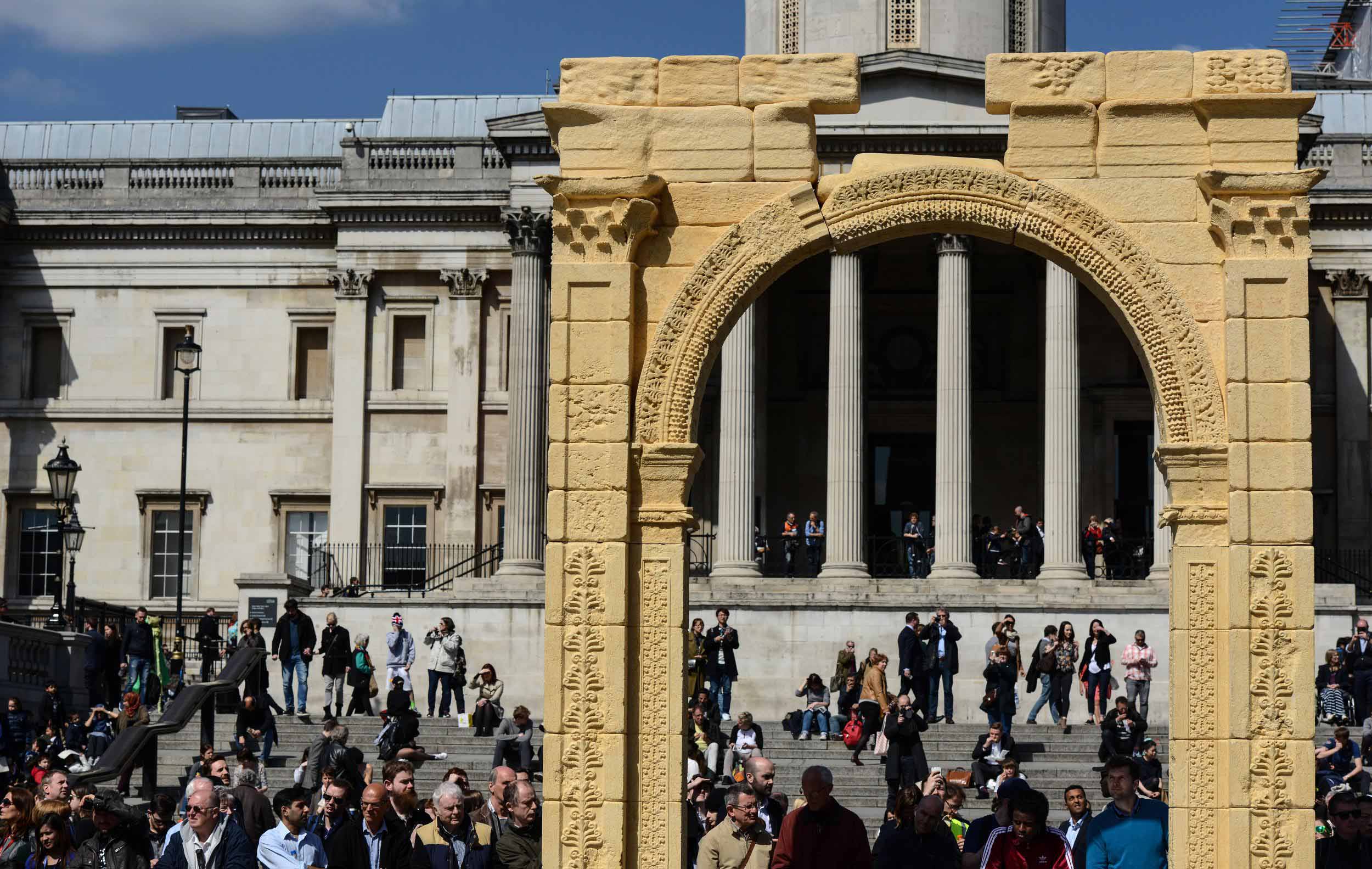 In April 2016, a replica of Palmyra’s arch was erected in Trafalgar square. The 1,800 year old arch was destroyed by ISIS in October 2015. A debate has emerged as to the validity of high-tech reproductions in lieu of such ruins.

Here the arch, a historic symbol of human triumph, is possibly hijacked as a propagandist pawn of Western defiance. The reproduction could be said to deny the archaeological reality of iconoclasm. Sadly, the attack on Palmyra is as essential a mark of human history as any other culture’s encounter. Isolated and carefully considered incidents of high-tech resurrection can be invaluable in the education of the lost and fragile. The danger is the possibility of a collective heritage founded on reproductions: a historical memory through simulacra. Here we risk electing exile of the virtual over the catastrophe of the real. In December 2016, Lascaux 4 was opened: a spectacular replica of France’s celebrated prehistoric cave art. Located at the foot of the original site, state-of-the-art laser imaging and highly skilled artists have constructed a faithful facsimile. The exact temperature, air pressure and damp ambience have been reproduced.

After the opening of Lascaux 2 in 1983, Jean Baudrillard quipped the possibility of the first replica making way for further copies. The original may not be preserved, but become replaced by the perfect copy, thus rendering neither authentic. However, such a reproduction does not actively seek to deceive. With its extreme vulnerability to changes in light and air conditions, viewing the original would be significantly more damaging than the replica’s ethical impact. The reproduction allows for a far more interactive and potentially informative encounter. Moreover, the lingering but forever distant presence of the original perhaps reinforces its cult value. Such elaborate glorification through meticulous reproduction could further heighten its scared status. 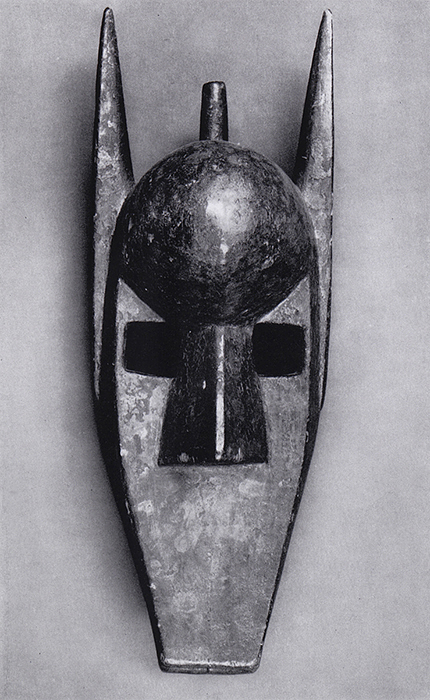 I have long been fascinated by the problematic role of authenticity in primitive art. The african mask became as much a motif of modern art as the Madonna to the Renaissance.

Primitive artefacts are often made as cult objects, with significant ritual value. This is lost as the object is appropriated into the realm of western art. Primitive art is often judged accordingly to how close it approximates the formal qualities of modernism. While this attributes aesthetic value, the object becomes completely divorced from any of its original uses. Does such a process of aesthetic commodification render the object inauthentic? I often wonder whether a truly authentic image can exist online, where they exist in an economy of infinitely reproducible bits and bytes.

In February, Beyoncé announced she was expecting twins on Instagram. This immediately became the most-liked photo in Instagram’s history (it has today amassed over 11 million likes). We interact with these images on social media every day: they become embedded into our daily rituals. Whilst this process trivialises these images, perhaps they carry potential to return to the status of a religious idol. As a popular image spirals with ‘shares’ and ‘likes’ of the digital devotee, a cyber-aura accumulates. We are possibly witnessing the viral image as deity.