With Show Two opening next week, we’ve been talking to exhibiting students to find out about the inspirations and ideas behind their final projects

Odira Morewabone (BA Graphic Design) visited Nairobi earlier this year to research the creative subcultural environment of the Matatu industry, an informal system of minibus taxis known for their exuberant visual style, operating on fixed routes with no fixed timetable.

“I want to tell a different story of Africa, a continent of creative, cool and enterprising young people who live by an ethos of doing things their way and by their own rules.”

Each Matatu vehicle is an individual expression, from the imagery which can run from hip-hop stars to religious verse, to the music blasted from their sound systems. Morewabone was drawn to the plurality of the visual culture, documenting how it allowed an amalgamation of local with global, the sacred with the profane. “By relying on various visual sources and the inherent subcultures these carry,” he says, “the Matatu integrate old and the new capturing a unique and temporal moment, reflecting and refracting the very community it caters for.”

Here, Morewabone shares five moments he captured on his trip. 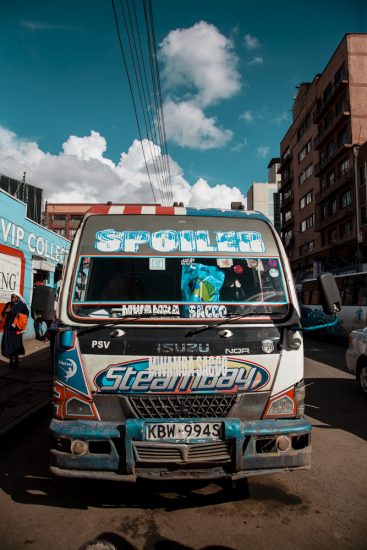 Aside from the customised body artwork of Matatu, another element of this world that has always interested me was the act of giving the taxis names. The lack of route numbers or destinations on the Matatu leaves only the name as the main identifying element of the taxi. It seems as though referring to the Matatu by name builds some sort of loyalty as though it’s a living being. 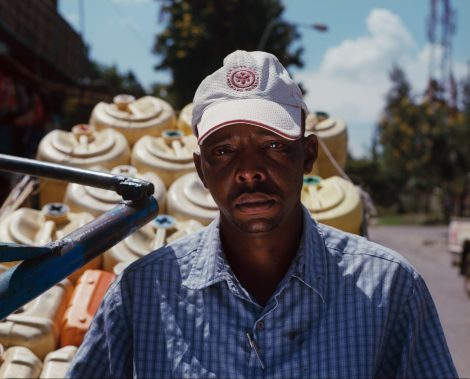 I met Mr Wanyoike a few days into my trip. At first I found his curiosity in what I was doing annoying because it drew attention to me and my equipment which slowed down my progress. But in the end, this humble cart puller who delivers clean water to the residents of Eastlands in Nairobi came to be a friend and a personal tour guide. His interest in my project turned out to be a blessing in disguise. He knew every trader, market stall holder, tout and “hustler” in Donholm and made sure that I met each and every one of them. This was easily the best thing that could’ve happened. From initially feeling like he was slowing me down, my project began to yield results through his introductions. I’m sure there’s a lesson to be learnt in there somewhere.

Being from a country with a similar public transport environment as that of Kenya, I seemed to have this overriding memory of these graphically bold posters advertising traditional healers/doctors littering walls, telegraph poles and street lamps. And true to form, in Nairobi it was no different. I got very strange looks peeling off these posters. 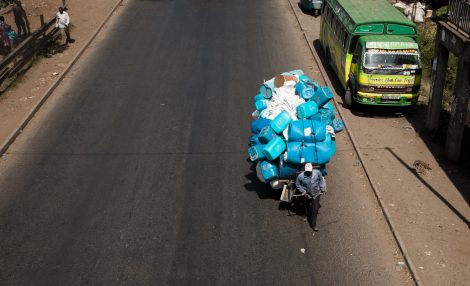 4. The Backbones of Nairobi

Both the Matatu industry and the Jua Kali Sector (Kenya’s Informal Business Industry) are symbols of the impressive capabilities of what marginalised and “forgotten” people left to their own devices can achieve. These “informal” industries employ a majority of Nairobi’s population. 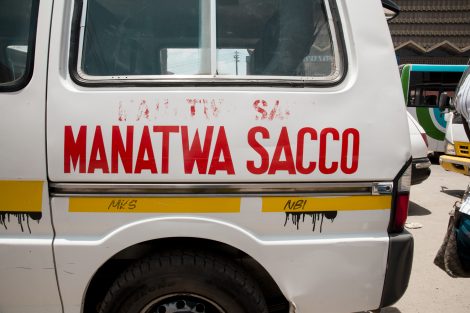 Intended to make Kenyan roads safer by formalising the Matatu industry, ‘Michuki’ rules (named after the transport minister who implemented the law) came into effect in February 2004. As part of these new road traffic regulations, Matatu operators were required to remove designs off their Matatu and keep them all a single colour with a yellow reflective strip than ran the entirety of the vehicle.

This was the government’s attempt at regulating the industry and making sure they shared in the industry’s economy, which up until that point had not been regulated. They were forced organise into companies and wear uniforms as way to make it easier for authorities to hold them accountable if they flouted traffic laws. Although officially abolished, ‘Michuki’ rules eased in April 2013 with the ushering in of a new Kenyan President, who reportedly told the new government to “let young people do their thing”, opening the door to an outpouring of previously stifled youth creativity.