With Show Two opening this week, we’ve been talking to exhibiting students to find out about the inspirations and ideas behind their final projects.

Louis King is a MA Performance Design and Practice student whose work retells autobiographical stories from the American Heartland. His final project, another bald dead woman, is performed alongside his collaborator Manon Santi.

Speaking about the performance, Louis said:

It’s a darkly humorous performance-exploration of the human body as both medium and canvas, exposed through narrative, sculpture, and movement. Our histories are written into our flesh. They allow us to differentiate ‘self’ from ‘other’. What, then, is the effect of separating the body from its stories? Is individual experience sacred, or is subjective experience universal? True to its American roots, ‘another bald dead woman’ expands the practice of democracy to autobiographical performance practice.

Watch the performance in full above, and read below for five key inspirations behind another bald dead woman. 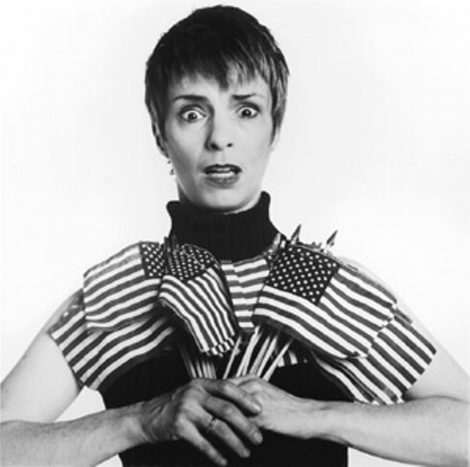 Holly Hughes is an American performance artist who works predominantly with autobiographical narratives. She is most well known as one of the ‘NEA Four’ for her legal battle over censorship and public funding of the arts in America. Hughes’ work explores the potential for dialogue between LGBT culture and her Middle American upbringing. Holly is an incredible mentor and artistic inspiration. 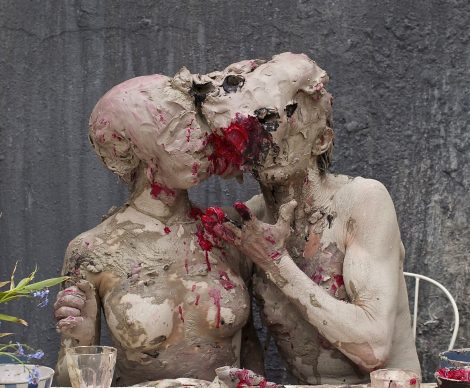 This is an image of French performer, Oliver de Sagazan performing Hybridization as part of his Transfiguration performance series, which was featured in Ron Fricke’s film Samsara (2011). Working with de Sagazan over the last two years has inspired me to explore the use clay and other organic materials on the body. I am currently producing a collaboration between Oliver de Sagazan and MA Performance Design and Practice for our Programme’s inaugural participation in Show Two. 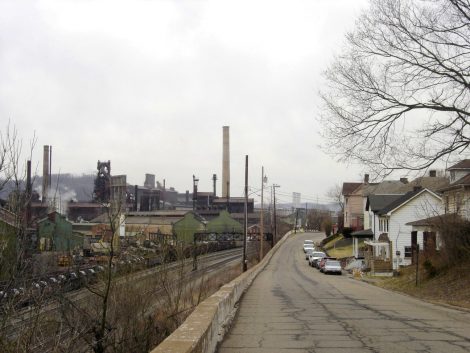 This is an image from an area of Middle America known as the ‘Rustbelt’. Growing up in the economic decline of post-industrial, car-manufacturing territory has deeply impacted my worldview and perspective on the relationship between art and life. My trade union cultural upbringing has engrained in me a desire for creating and maintaining community, even at the expense of the individual. 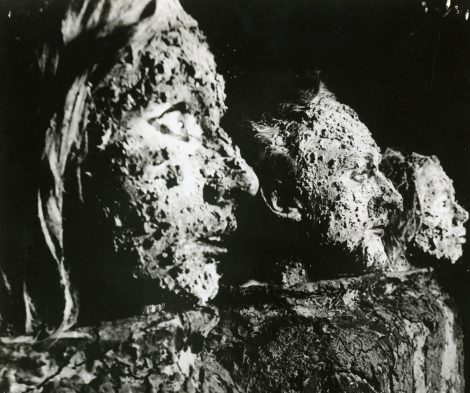 I am incredibly inspired by my collaborations with Manon Santi – with whom I directed shows including Another Bald Dead Woman (and other stories) – and all of the other talented artists I have had the pleasure of working with. Without them, my work would not be possible.

Catch Louis’ work in Show Two from today. Olivier de Sagazan will be hosting workshops at CSM all this week.