With Show Two: Design opening tomorrow, we talk to exhibiting design students about their work and the inspirations behind it. 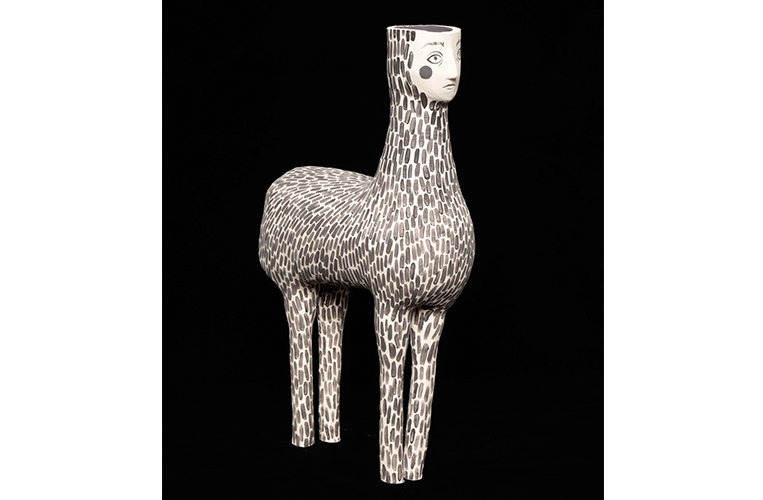 “Secrets of the Hidden North” is a collection of ceramic objects by Lena Peters, BA Ceramic Design, presented with the “history” of its own archaeological discovery.

“The objects were discovered in 2015 in the woods of Northumberland National Park, just above Hadrian’s Wall, in the remains of a small settlement. According to archaeologists, they date from a period just previous to the construction of this wall; a time when the conflict between the invading Romans and the native Celtic Britons was at its peak… Historians posit the theory that these objects were made by a group of combined Romans and Celtic Britons who chose to live outside of the conflict, living hidden just above the Roman territories until the fighting forced them to abandon their settlement. In this exhibition, we see their gods, their myths and their history for the first time.”

Peters’ interest in folklore and mythology means that her work dances between the real and the unreal. Here, she shares five objects that do the same. 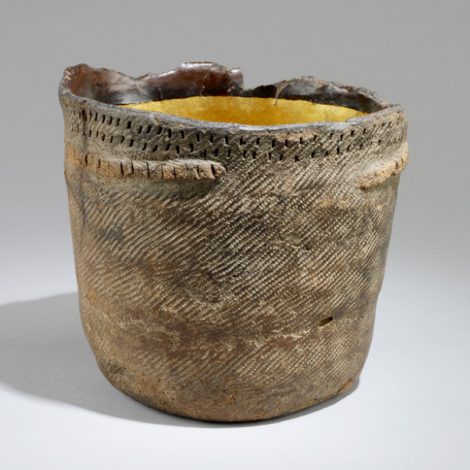 This pot is a Japanese relic on display in The British Museum. It was made during the Jōmon period and is among the oldest pottery in the world. The patterns are made by wrapping rope around the vessel before firing (‘Jōmon’ means ‘cord pattern’). What I really love about this specific example is that, at some point since its creation, someone has lacquered the inside to use it as a mizusashi (water jar) in the Tea Ceremony. The addition to this priceless item is something that makes it both less and more valuable, and which I find endlessly fascinating. 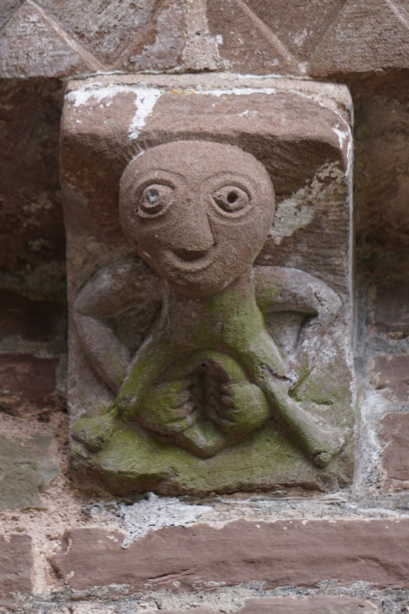 These odd carvings are found on churches and castles across Great Britain and Ireland. I love the juxtaposition between these grotesque, vulgar carvings and the religious buildings which they embellish. One theory is that they were meant to show the hideous and sinful nature of female lust, another that they promoted fertility. Whatever their true purpose, for me these embody the way that – especially in the UK – strange and ancient pagan beliefs and traditions have found their way through the blanket of Christianity surviving to this day. 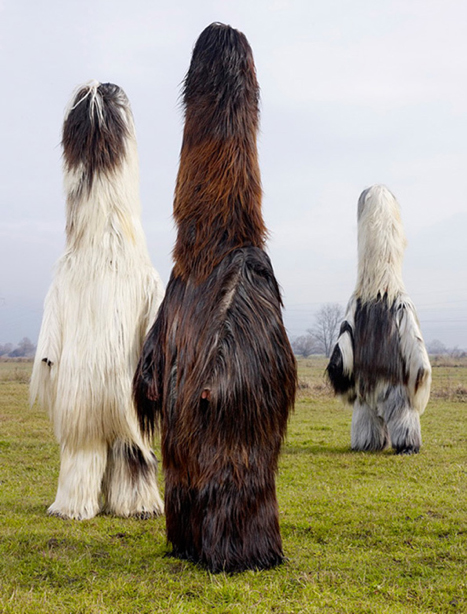 These fantastic photographs of the costumes of European folk tradition were a huge inspiration to me. These costumes relate to folklore and harvest traditions, some of which are still practiced today. What I love is their complete strangeness, their irrelevance to modern society and yet somehow these costumes, these traditions and rituals survive. The fact that these costumes are recently made is also fascinating to me – the history is in the tradition, not the object itself. I love looking at them. 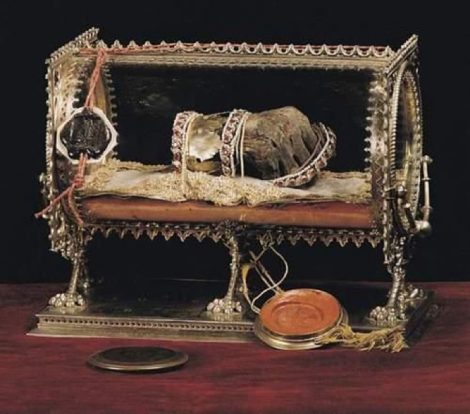 During the medieval period people were desperate to get their hands on a piece of… basically anyone. There was a roaring trade in fake relics, from saints’ finger bones to Christ’s foreskin. These pieces of recovered saints were said to perform miracles, and have been exposed as anything from animal parts to pumice stone. John Calvin, a 16th century protestant reformer, described it well when he said that if all the relics were brought to one place, “it would be made manifest that every Apostle has more than four bodies, and every Saint two or three.” Above is the mummified hand of St. Stephen of Hungary. 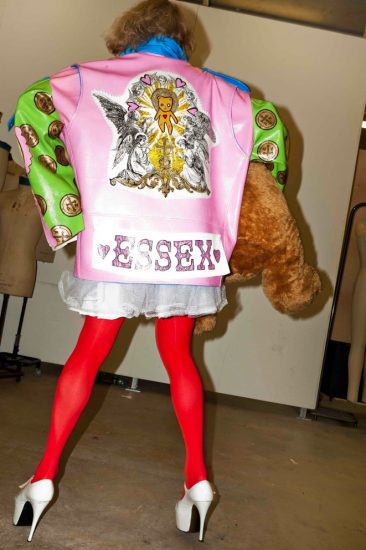 Everything Grayson Perry does is imbued with his own mythology. It is especially fascinating to me that his legend exists outside of the objects he creates (in which he borrows liberally from historical imagery, especially in his collection Tomb of the Unknown Craftsman) and merges with his image. Everything has a taste of the Grayson Perry story – this jacket, for example, features the teddy bear Alan Measles on the backstamp. It’s brilliant and completely unique.

Lena Peters is nominated for the MullenLowe NOVA Award. Show Two: Design is open to the public 21-25 June at Central Saint Martins.